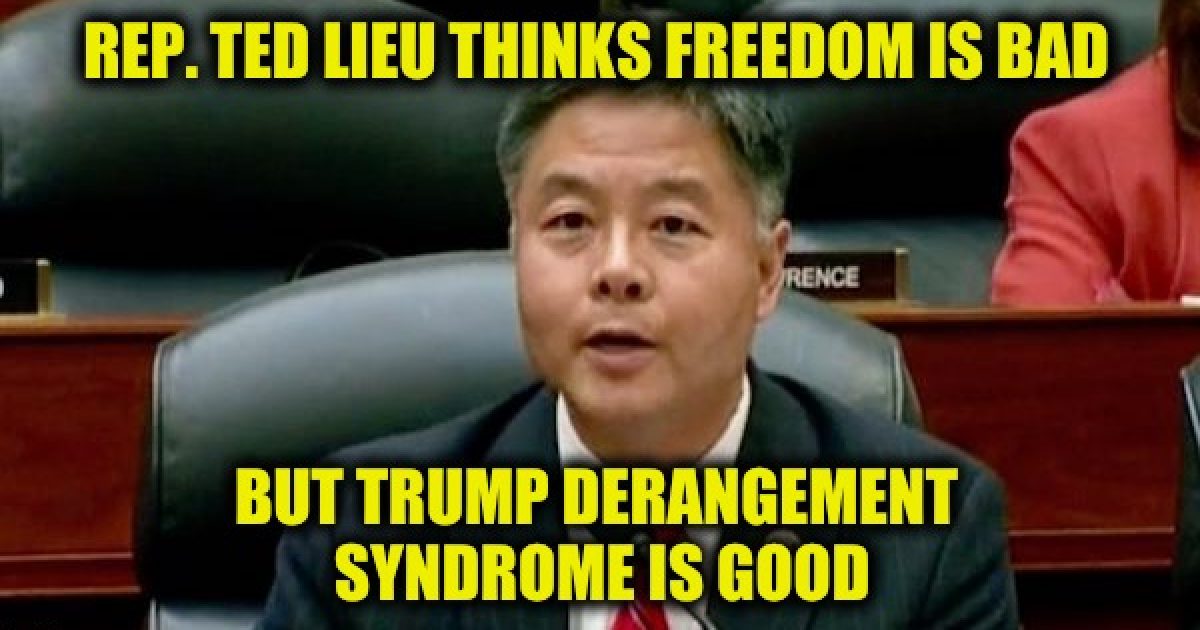 While appearing on CNN Wednesday, Rep. Ted Lieu, D-Calif., admitted that he would love to be able to control and regulate the content of speech but the First Amendment prevents him from doing so. Holy Cow, is this a result of some sort of mental Illness caused by a severe case of Trump Derangement Syndrome? Was the liberal congressman saying he’s really no better than a Marxist Dictator?

I would love, if I could have more than five minutes, to question witnesses. Unfortunately, I don’t get that opportunity.

I would urge these private sector companies to regulate it better themselves. But it’s really nothing that I believe government can do. And so that’s been my position all along.

Later, when tweeting a defense of his stance, he added he would like to regulate Fox News but said the fact that he couldn’t was “a good thing in the long run.”

I agree there are serious issues, but the speech issues are protected by the First Amendment. Would I like to regulate Fox News? Yes, but I can't because the First Amendment stops me. And that's ultimately a good thing in the long run.

I guess it’s a positive that he says the first amendment is good in the long run, but it is frightening that a US congressman would fantasize about ending our precious right of free speech in such a public manner. And why is it only a good thing in the long run, is he saying it’s a good thing once Google, Facebook, Twitter, and other social media management shut up conservatives and put conservative websites out of business?

Lieu has become somewhat a foe of President Trump following his election, he was one of the congressmen who refused to go to the inauguration and has made it a habit of going on Twitter, and other social media, to throw jabs at the president. In other countries he could be executed for bashing the leader on Twitter, he should be thanking God that he lives in America and that we have a Bill of Rights to protect his freedom of speech in the short and long run.

Here is a video of Lieu’s comments