CNN: Team Trump’s Manafort Was Wiretapped Before And After Election 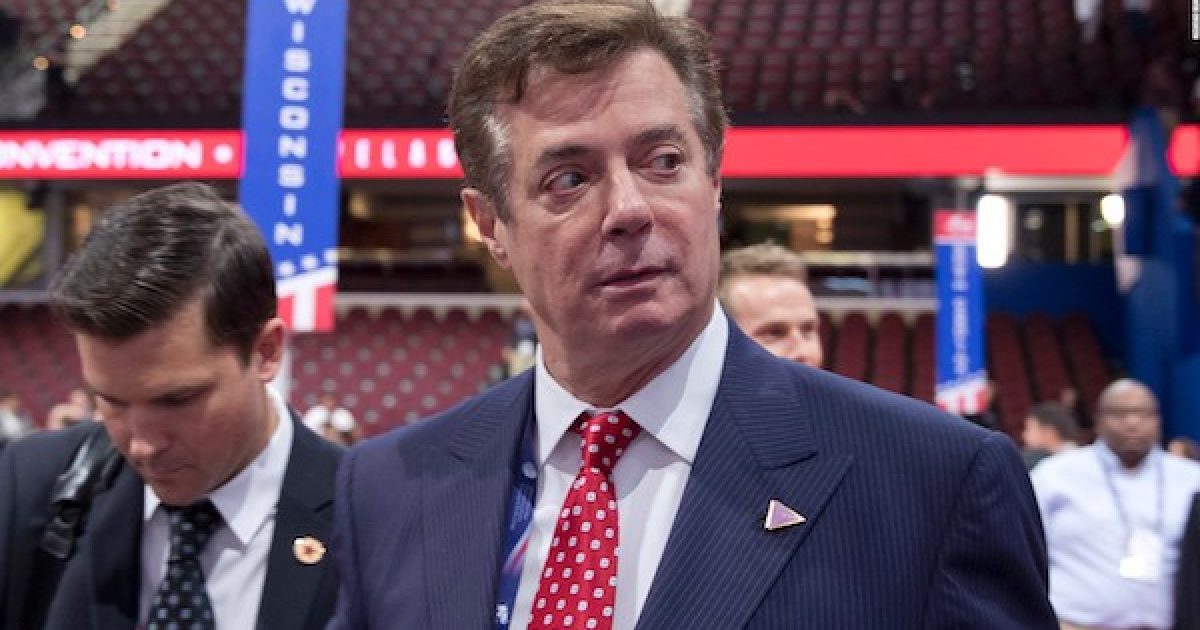 But wait…CNN Said Trump’s claim that his campaign was wiretapped was a lie.  Now they are saying it’s true. CNN is reporting that Trump campaign chairman Paul Manafort was wiretapped via a secret court order before the election as an outgrowth of Manafort’s relationship with Viktor Yanukovych, and Manafort’s failure to register as a foreign agent. The wiretap continued after the election–then wiretap’s purpose was to gather information into the Russian interference with 2016 election.

Three sources told CNN the investigators were concerned Manafort had “encouraged Russians to help with the campaign.” The taps were authorized by a FISA court, per CNN, a step that requires high-level approval and significant documentation.Fox is adding the FBI may have used the discredited Trump dossier to get the warrant to tap Manafort. The investigation into Manafort began in 2014, over consulting work he did in Ukraine. He is now a central focus of Robert Mueller’s investigation. He has denied any wrongdoing.

In a separate report, The New York Times sources say that after Manafort’s house was searched Mueller’s prosecutors told  Manafort they planned to indict him

As reported on this site back in April,  the FBI used that bogus dossier as part of the evidence to convince a FISA Judge to issue a warrant allowing them to spy on Team Trump. While the dossier wasn’t necessarily the driving force behind a judge’s decision to grant a warrant to the FBI to spy on Trump’s campaign, it was apparently part of the intelligence community’s case against Trump that would have been considered by the FISA judge.

The first secret order authorized by the court that handles the Foreign Intelligence Surveillance Act (FISA) began after Manafort became the subject of an FBI investigation that began in 2014. It centered on work done by a group of Washington consulting firms for Ukraine’s former ruling party, the sources told CNN.

The surveillance was discontinued at some point last year for lack of evidence, according to one of the sources.
The FBI then restarted the surveillance after obtaining a new FISA warrant that extended at least into early this year.
(…) Some of the intelligence collected includes communications that sparked concerns among investigators that Manafort had encouraged the Russians to help with the campaign, according to three sources familiar with the investigation. Two of these sources, however, cautioned that the evidence is not conclusive.

It was that second warrant that also led to Manafort’s house and storage unit being searched.
Manafort and Trump continued talking after the President took office, long after the FBI investigation into Manafort was publicly known, the sources told CNN.

They went on to lawyers for the President and Manafort insisted that they stop, according to CNN sources.
Manafort previously has denied that he ever “knowingly” communicated with Russian intelligence operatives during the election and also has denied participating in any Russian efforts to “undermine the interests of the United States.

(…) Manafort was ousted from the campaign in August. By then the FBI had noticed what counterintelligence agents thought was a series of odd connections between Trump associates and Russia. The CIA also had developed information, including from human intelligence sources, that they believed showed Russian President Vladimir Putin had ordered his intelligence services to conduct a broad operation to meddle with the US election, according to current and former US officials.
The FBI surveillance teams, under a new FISA warrant, began monitoring Manafort again, sources tell CNN.
The court that oversees government snooping under FISA operates in secret, the surveillance so intrusive that the existence of the warrants only rarely become public.
For that reason, speculation has run rampant about whether Manafort or others associated with Trump were under surveillance. The President himself fueled the speculation when in March he used his Twitter account to accuse former President Barack Obama of having his “wires tapped” in Trump Tower.

The Justice Department and the FBI have denied that Trump’s own “wires” were tapped,  but it is unknown whether or not Manafort was wiretapped in his campaign office at Trump Tower.  What we do know is this investigation is getting slimier by the minute.
More to come
Facebook Twitter Flipboard