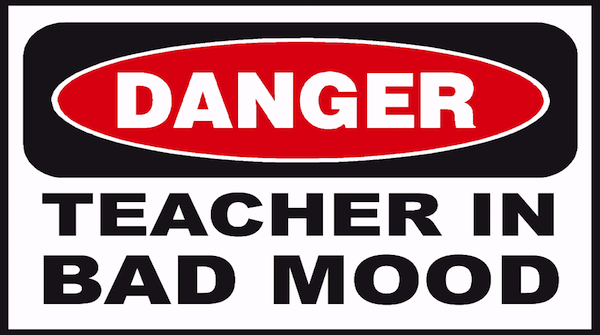 James O’Keefe and Project Veritas has done it again. Just a couple of weeks ago they unmasked the corruption within the New York City teachers unions, where officials worked hard to defend a man they suspected of sexually assaulting several of his students.

This video by exposes a San Francisco teachers union staff organizer admitting that he hit a student. Antonio Mankini of the San Francisco United Educators Union was caught on hidden-camera telling a journalist about his experience with hitting students–not just hitting kids, but making it look like an accident. Mankini also admits that teachers he knew had struck students but were still working.

Project Veritas sent two undercover reporters to the United Educators of San Francisco, one went in as a teacher who hit a kid, the other as the teacher’s friend who met Mankini because his friend the teacher felt guilty about hitting the kid.

Below are some highlights of the two meetings (supplied by Project Veritas)  and then the video:

During the first meeting, Mankini told the journalist that the teacher shouldn’t worry about getting caught because “there’s no evidence.”

“But if there were no witnesses, then you have that deniability and that’s something that could be used. No I didn’t do it. There’s no scars, marks, tattoos or bruises or anything. There’s no evidence.”

He tells the teacher’s buddy that it’s happened before

A couple of weeks later Project Veritas sent the second reporter, this one posing as the teacher who hit the kid.  The faux-teacher began to express guilt for hitting the kid….but Mankini wouldn’t hear of it.

Teacher: “Okay, but I think that I did cross the line probably. So maybe I should…”

The “teacher’ then asked Mankini if the union has had experience with teachers hitting kids before, and what to expect.

“I’ve seen it go away more than anything else. A lot of kids don’t come forward with it. It’s how they’re treated at home.”

(…) “I can see grabbing a kid, I can see throwing a kid up against a locker. Not that I’ve ever done that, okay once, maybe twice.”

Mankini then told the Project Veritas journalist that he knew the “right” way to hit a child:

After watching the video below…all I can recommend is watch your kids in school very closely and always encourage them to speak out.