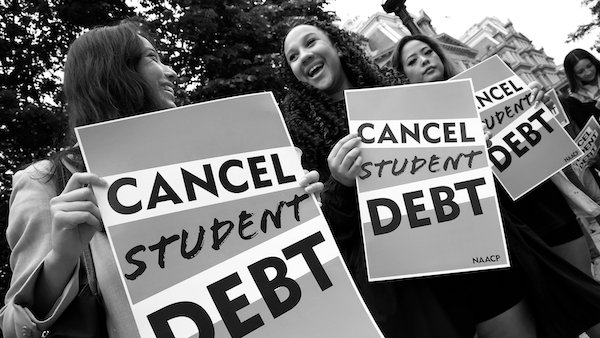 Tax your bailout as income

In this world, nothing can be said to be certain except death and taxes-Ben Franklin.

If you are one of those students looking to have your student loans canceled, you better check to see if your state will tax you on that amount under the claim that the canceled debt is “income.”

Residents of thirteen states may find some of their debt canceled, but they may also find their state tax collector coming after them.

Last week, President Joe Biden claimed that he would cancel up to $20,000 in student loans, but the move won’t just be a freebie for some.

Thirteen states, including New York and Virginia, treat forgiven debt as income, which means it is subject to state taxes. This means borrowers who have their student loans forgiven may end up owing hundreds of dollars, according to an analysis published Thursday by the Tax Foundation, a nonprofit policy organization.

The Tax Foundation’s Vice President of State Projects Jared Walczak said that the maximum likely tax liability would double for those who have $20,000 in debt forgiven. For two states — New York and Wisconsin — Walczak’s analysis did not include the rare case in which the maximum tax amount would change for someone who may qualify for loan forgiveness based on 2020 earnings only to enter the top-income bracket this year.

According to the White House, more than 60% of borrowers are Pell Grant recipients, which means they will have to pay the higher tax rate.

The federal government typically treats the discharge of indebtedness as taxable income, but under last year’s American Rescue Plan Act, forgiven student loans will not count as federal taxable income until 2025.

tax your bailout as income