Will Biden Insist On Getting Everyone Out As Long As It Takes? 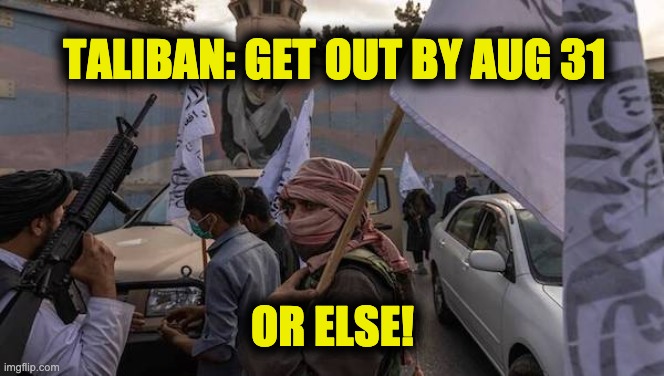 God alone knows how many Americans are still trapped behind Taliban lines. The clock is ticking. With the Taliban’s latest statement, that they consider the August 31 date a red line, the ticking of that clock just got a lot louder.  Taliban rejects deadline extension.

In the mad scramble to get American civilians, Afghani translators, and other vulnerable allies out of the country to safety, we need the time it takes to get the people together (past the gauntlet in running to the airport) and in the air to safety.

The smart play would have been to keep Bagram airbase open until all the vulnerable people had been safely sent home and then pack up the gear with the airbase the last thing to close down. At least THAT way, we don’t have a Super-sized version of Carter’s Iran Hostage Crisis, with thousands — or even tens of thousands — of Americans (and our friends) in harm’s way.

Unfortunately, that ship has long since sailed. Now we’re facing taunts from the Taliban. 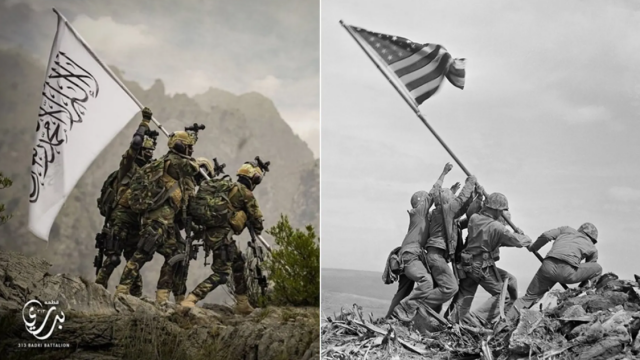 But the question of getting our people to safety remains. France’s Macron, and some of our other allies, are adamant that more time will be required to get everyone out. Since that option has been wasted, we have to work with what we have left. And it isn’t much. An airport in the heart of a crowded urban setting, where there is only one runway and no hardened defenses to fall back behind if this the situation goes South.

But today’s Pentagon presser told us the evacuation, while not perfect, is unfolding according to plan. The Taliban is speaking as though they are in a position of strength and have begun uttering threats. They used a phrase that Biden may remember from his days in Obama’s administration. One about ‘red lines.’ Except the Taliban follows through with their ‘red lines.’

A Taliban spokesperson tells Sky's @sallylockwood that there would be 'consequences' if the US chose to stay in the country after the 31 August deadline.

Per the Army Times

“If the US or UK were to seek additional time to continue evacuations — the answer is no,” Shaheen told Sky News. “Or there would be consequences.”

The question remains does Joe Biden have the courage to tell the Taliban that we are the U.S., we give orders we don’t take them?

America doesn’t leave anyone behind. We not only must get all Americans out safely, but we must save the Afghans who helped us in the war effort along with their families. Not only did we promise we wouldn’t abandon them, but it is the moral thing to do.  We need to demand that president Biden get everyone out.