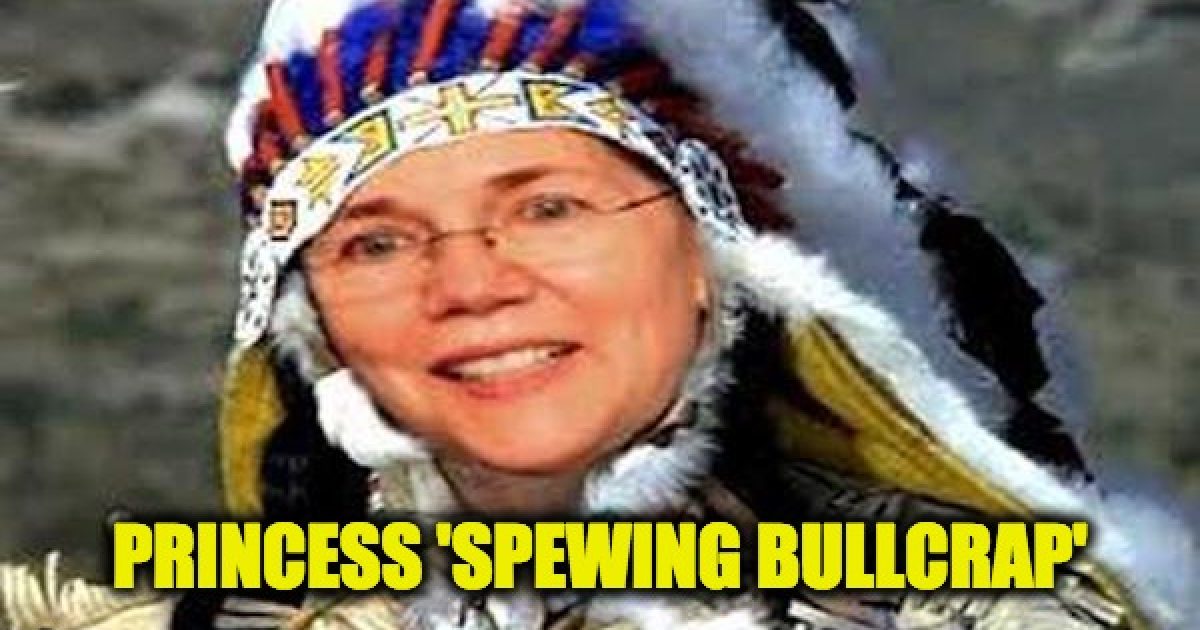 A key Native American doesn’t believe that President Donald Trump’s labeling of Elizabeth Warren as “Pocahontas’ is offensive, her name is Debbie “White Dove” Porreco and she is a direct descendant of Pocahontas. Not only does Ms. Porreco approve of the President’s nickname for Warren, but she gave the POTUS approval for him to use it.  The Pocahontas descendant does believe that Sen. Elizabeth Warren  (D-MA) to take a DNA test to verify her claims of Native American ancestry.

Appearing on the Tucker Carlson show Tuesday (video below) Porreco said, “I respect Sen. Warren as a U.S. senator … but I just wish she’d take the DNA test,” Debbie White Dove Porreco told Fox News’ Tucker Carlson. Porreco added the DNA test would “end a lot of this controversy” about Warren’s Cherokee heritage. “If she was American Indian, I would be the first one to welcome her into our heritage,” she said.

During her first run for the Senate, Elizabeth Warren was exposed for lying about her background.

Of course, after being exposed, Warren claimed that she didn’t know Harvard had used her unconfirmed heritage to appear more diverse. Warren also denied that she ever used her unproven lineage to gain a professional advantage. Instead of coming clean in 2012 during the height of the controversy, Warren continued to spin her Indian fairy tale

As for Warren’s proof of her Native American heritage…well, she has high cheekbones.

I still have a picture on my mantel at home, and it’s a picture my mother had before that, a picture of my grandfather. And my Aunt Bea has walked by that picture at least 1,000 times, remarked that he … had high cheekbones like all of the Indians do, because that’s how she saw it. And she said, ‘And your mother got those same great cheekbones, and I didn’t.

I would dare to say that the majority of people in the world who have high cheekbones aren’t descended from  Native Americans.

Debbie “White Dove” Porreco, however, is a native American, who grew up on the same grounds as Pocahontas on what is now the Mattaponi Indian reservation in Virginia.

Custalow [Porreco’s maiden name] , 90, a descendant of Pocahontas and known by both Indian and non-Indian people for his spirituality, served as the tribe’s chief for the past 25 years. During this time, Custalow continued the “Mattaponi Treaty of Tribute to the Commonwealth of Virginia,” an annual tribute since the treaty’s 1646 signing and 1677 ratification.

In a September 2017 interview with Sky News, Debbie “White Dove” Porreco, who was the model for Disney’s Pocahontas character has said Trump once asked her if it offended her that he used the name “Pocahontas” to refer to the Democratic senator.  “He said, ‘well does that offend you when I use that?’ And I told him no, it doesn’t offend me.”

So what’s the problem Senator High Cheekbones? Is it that you are lying and afraid to be caught? Or perhaps you were a mass-murderer and are afraid the police will use your DNA test to out your criminal background like they just did with the “Golden State Killer?” Either way, I doubt she will ever answer Debbie “White Dove” Porreco’s request.