When Dems Say They Don’t Want To Take Away All Our Guns: THEY’RE LYING 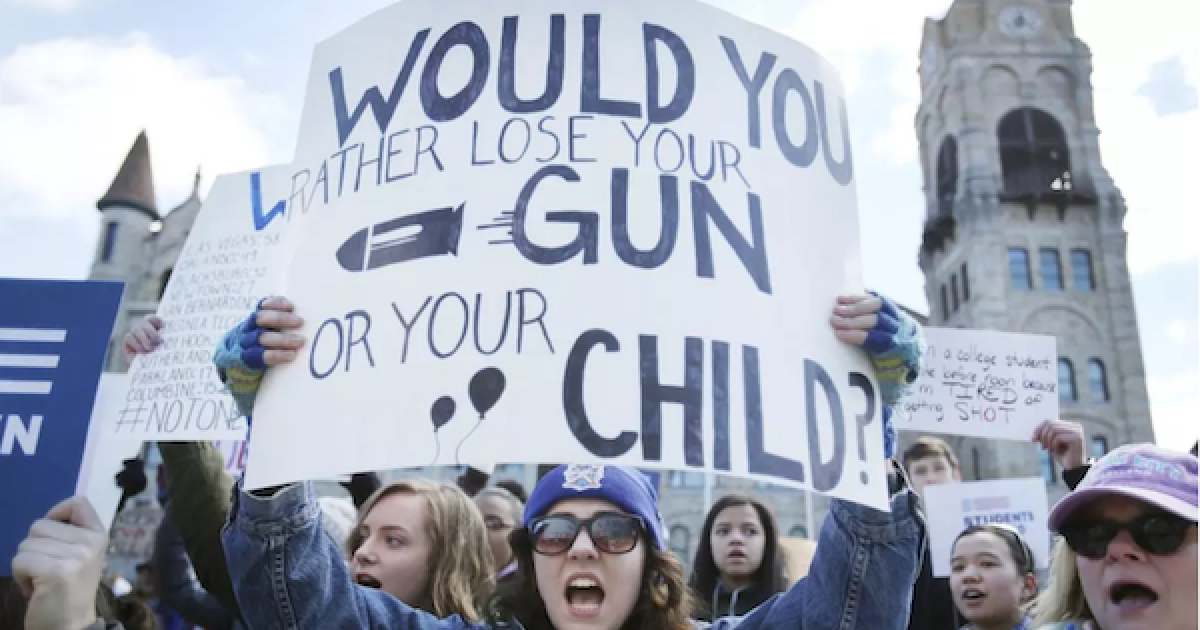 Democrats want to take all our guns away and cancel the Second Amendment and when they say this is not true, they are simply lying to you.

Liberals always lie about what they want. They do this as part of their normal strategy because what they really want is so extreme that no real American would agree to it. So, they claim to lesser plans that seem more “reasonable” so that with each win they can get closer to their extreme goals.

The strategy works, too.

The radical gay agenda is the perfect example of how liberals push their agenda in steps instead of admitting to what they want right up front. Liberals used to say that they only wanted gays to be treated as equals and their sexual choices legitimized. They didn’t want gay marriage, they insisted, they only wanted to be accepted for their sexual choice because it was “natural.” But that only lasted until they achieved that goal. Now gays are fully accepted in society. But there was more to their agenda. Then they wanted gay marriage. And, guess what, they got that, too. Now they want transgenderism to be accepted and they are close to that goal. And next, they are going for the normalization of sex between adults and children. Of course, they wanted all this stuff from day one, but they knew that if they told the nation that this is what they wanted they would be rejected. So, they took the required decades to win their goals one step at a time. 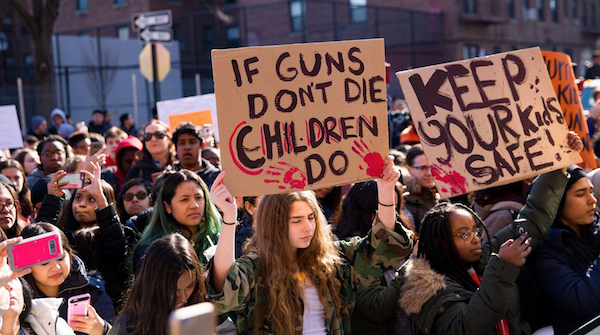 They did the same thing with smoking. In the beginning, they said they only wanted protection against the mythical problem of “second-hand smoke.” Now smoking is practically banned everywhere and smoking is viewed as worse than murder. They have succeeded in turning smoking into a social evil. In fact, it is so bad that advertisements for the upcoming Ted Kennedy movie Chappaquiddick told viewers that there would be “historical smoking” in the film as if this was all so bad that people had to be warned ahead of time to safeguard their tender sensibilities.

Liberals understand the long game and they have been playing that game with guns for decades. But, apparently, now they are letting that mask slip.

The early lie: For decades liberals said that they only want “commonsense gun laws.” Why, who could be against “common sense” laws that are only meant to protect the children? You’d have to be some kind of monster to oppose that “commonsense” goal, right? And, in pushing to agenda, for years liberals told us that they don’t want to ban all guns. They called those of us who didn’t believe them “paranoid.” They continued to insist that they weren’t out to take away all our guns and they didn’t want to put an end to our Second Amendment rights. This they assured us.

But, this was always a lie. They always wanted to take away all our guns and repeal the Second Amendment.

Once in a while, their mask did slip, of course. Back in 1995, for instance, the left’s leading gun banner, California Senator Dianne Feinstein, admitted that she wanted to take all our guns away.

But, generally, liberals have claimed that they only want to ban the “most dangerous” guns, not all guns. Now, however, in the wake of a shooting at a Florida high school and after the nation-wide, left-wing, astroturfed “March For Our Lives,” liberals are finally admitting that they really do want to take away ALL our guns. They really do want to put an end to the Second Amendment.

We have many examples this month to show that the left has finally dumped the lie that they don’t want to take away all our guns.

Just today, for instance, the Chairperson of the Louisiana Democrat Party admitted that she wants to repeal the Second Amendment.

According to the Free Beacon:

Karen Carter Peterson on Tuesday shared a New York Times op-ed by former Supreme Court Justice John Paul Stevens, who argued that the Second Amendment should be repealed because the initial reasons for its creation are “now a relic of the 18th century.”

Of course, this Louisiana Democrat chieftain was only relaying the words of left-wing former Supreme Court Justice John Paul Stevens who wrote an oped for The New York Times espousing the notion of repealing the Second Amendment of the U.S. Constitution.

In his editorial, Stevens called the Second Amendment a “relic of the 18th century.” He centered his thoughts solely on the “well regulated militia” part of the amendment but wholly ignored the history where the founders also held the idea that being armed was a natural right to self-protection.

Still, despite the Supreme Court Justice’s oped, some liberals tried to pretend that they really don’t want to take all our guns away. Left-wing, heavily biased CNN talking head Chris Cuomo, for instance, quickly jumped to Twitter to trot out the old lie that they don’t really want to take out guns away.

he is a retired justice who was talking about ways to get quick legal change on access to weapons. he is not an elected official or part of any effort to repeal 2A. it is a bogeyman to keep people scared and as such resistant to ways to stop the shootings. https://t.co/GpHXVwjcjf

But others in the news today are being more honest. Mary Katharine Ham pointed this out in her own recent discussion on the left’s lies.

Hamm noted that during the “March For Our Lives” rally in Washington there were quite a few speakers who spoke out against our Second Amendment rights:

“All for that assault weapons ban, to keep these weapons of war out of the hands of civilians who do not need them…All for the prohibition of high-capacity magazines because no hunter will ever need access to a magazine that can kill 17 in mere minutes,” said prominent survivor Delaney Tarr. “When they give us that inch, that bump-stock ban, we will take a mile,” she said (emphasis added).

Student activist Sarah Chadwick: “I say one life is worth more than all the guns in America…To the politicians that believe their right to own a gun comes before our lives, get ready to get voted out by us.”

This was not the only message at the march, but if we are to take the arguments of Parkland activists seriously, then they count. They can’t be brushed away as mere figments of our imaginations.

There was the raucous cheering from the crowd assembled at a CNN town hall mere days after the Parkland shooting when Sen. Marco Rubio pointed out some “assault weapons” bans would “literally ban every semi-automatic rifle that’s sold in America.”

Furthermore, a recent poll found that 39 percent of rank and file, average, every day Democrats want the Second Amendment eliminated.

That is a huge number of Americans who hate the Constitution.

But, as with smoking, the left’s tactic is to make guns so hated, gun owners so ostracized, and the Second Amendment so despised that people won’t listen to our history, our ethos, or our American traditions.

And from what I see, it is working.