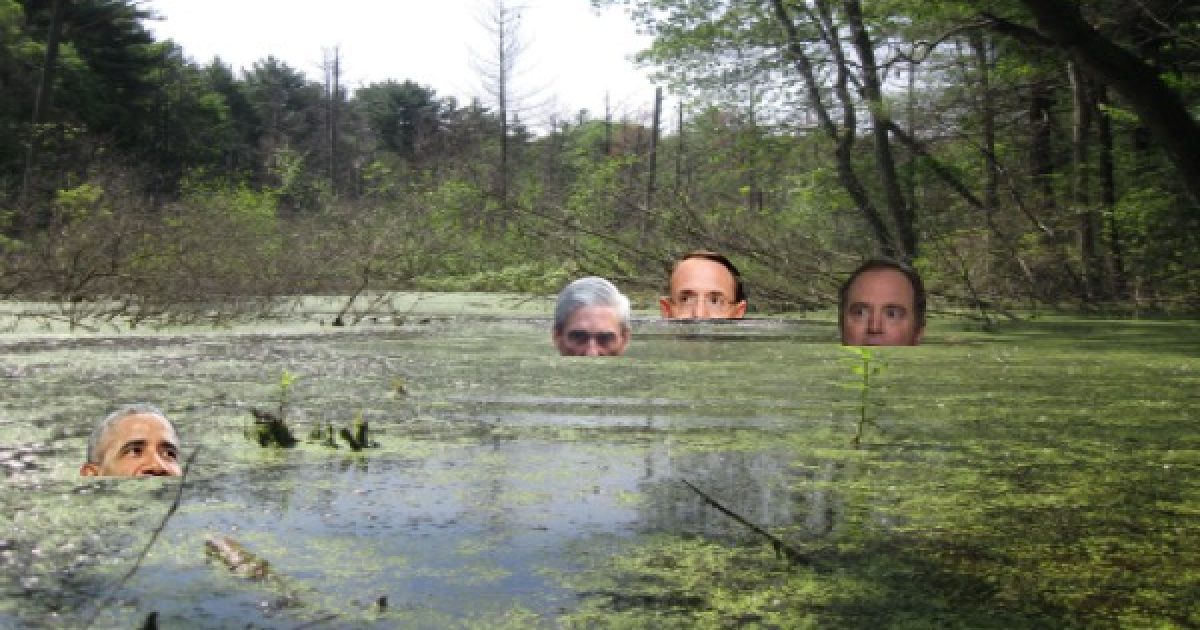 Things have gotten out of hand at the Justice Department, and the way things are going, the swamp water of disdain for the truth will continue rising.

The most severe offense by Justice was raiding the offices and homes of Michael Cohen, one of President Trump’s Lawyers. Rob Rosenstein approved the break-in raid at the suggestion of Special Counsel Muller. The case was assigned to the Southern District of New York for adjudication.

The FBI agents crashed in and took files and equipment belonging to Cohen. He has charged that much of what they grabbed was confidential and covered under the Sixth Amendment. Cohen went to court to stop the review of his client files by the FBI.

The court appointed a “Special Master” to determine which of Cohen’s files are covered by attorney-client privilege and which are not. Those files that the Special Master indicates are client files will be returned to Cohen and the government will have no right to inspect.

One thing that concerned me about this raid is the number of leaks coming from the Justice Department and the FBI. I was, and I’m still concerned that security within the Justice Department is suspect, and that any of the file information could be leaked to the media in an effort to get rid of President Trump. If a government employee decided on his own that a document was important enough for the people to have a right to know about it and leaked it, regardless of classification or privilege, our system of justice would be bankrupt. We have seen many cases where an unnamed source has leaked classified information, whereby an employee in his sole judgment thinks the info needs to be released. The US Code18 U.S. Code §  641- Public money, property or records are disclosed the crime is punishable by up to ten years in jail.

Let’s move on to the role of an attorney as it relates to the court. If one takes and passes the bar exam, he then can apply for a license to practice law in a particular state. Admitted lawyers are officers of the court, and as such, they have a responsibility to report a crime to the court. If they withhold information on a crime, they can be prosecuted as a co-conspirator.

Now let’s look at the recent revelation by attorney Michael Avenatti, Stormy Daniels’ attorney, who released bank record information on the clients of Michael Cohen. Avenatti said he knew about payments made to Cohen by some of the most prominent corporations in America. Here is the problem. When an individual or business makes deposits to a bank account or makes significant withdrawals, the banking institution is required under Federal banking laws to file a Suspicious Activity Report (SAR). That report names the amount of money sent or received, the day and date the funds were received or sent out of the account, where the transaction took place, and the sending or receiving of bank account and routing numbers.

The SAR is sent to the Department of the Treasury for tracking and reviewing purposes. The account holders are forbidden under federal statutes to receive a copy of the report. The account holder gets no notification that a report has been generated. Every transaction is subject to a SAR review, no matter if the account has one or a thousand transactions in a day.

Treasury will take any action as necessary. This information is confidential and is not, as I said, available to the account holder or the public. So how is it possible that Avenatti got the information if it is confidential? The only answer is a leak from the Treasury Department or the bank. When he took the information from whatever source, he knew at that moment that he was breaking the law and the code of ethics of a bar member.

Avenatti had a responsibility when somebody told him that he could get the information for him. He had to know the only way the data could be acquired was illegal. Under his license and code of conduct, he must report the crime to the court and disclose the person or persons who were involved in the criminal leak.

The fact that he took the information means he had to know that the only way to get it was through an illegal release. He knew it was illegal to share this confidential information. To the best of my knowledge, none of the information he obtained contained any unlawful transactions on the part of Cohen or his clients.  Avenatti is not alleging misconduct on the part of Cohen, but instead, he is focusing on the amount of money being paid to Cohen. This is another example of people breaking the law to try and discredit President Trump, while not being charged. In both the FBI and the Justice Department, there seems to be no penalty for breaking the law.  People who have broken the law without consequences embolden others to violate those same laws.

All of these activities make the swamp water deeper and darker, and until we get all the truth and drain the swamp water from Justice and the FBI, things will continue to stink.

Dan Perkins is an author, current events commentator who writes for Newsmax.com, Lifezette, The DalyCaller.com. Constuition.com. and others. He is the founder of Songs and Stories for Soldiers a 501c3 non-profit helping veterans deal with TBI, PTSD, sleep deprivation and suicide prevention. His books are available at all online booksellers and can be ordered at your local bookseller. His website is danperkins.guru.