Luxury Spending During A Non-Campaign Year 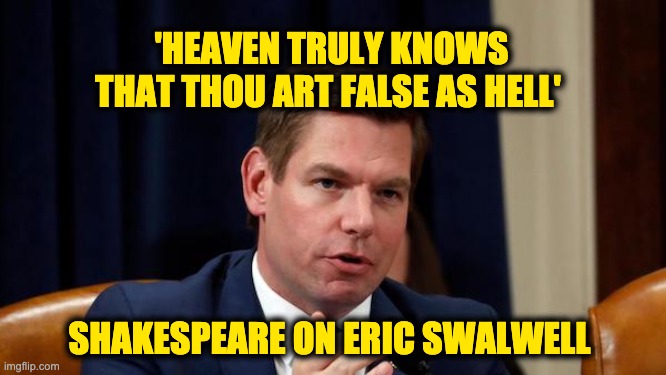 Rep Eric  Swalwell (D-CA) has found another way to embarrass himself. The California Democrat who threatened legal gun owners with nuclear weapons, let loose with a loud trouser trumpet on national TV, employed a Chinese spy named Fang-Fang, declared  “SPOILER ALERT: I’m a white man.” and that GOP senators were inspiring so-called “white nationalists” to “take up arms against their government,” has been playing fast and loose with his campaign funds.  Swalwell’s latest embarrassment

Per a FNC report, from April-June of 2021, a period long before his next campaign:

Prominent Democratic Rep. Eric Swalwell of California appears to have spent tens of thousands of campaign dollars on booze and limousine services, as well as over $20,000 at the luxury hotel where his wife used to work.

The tens of thousands of campaign dollars include limo services, luxury hotels, high-end restaurants and alcohol delivery services over the course of the second quarter, according to FEC records reviewed by Fox News.

The California congressman appears to have been driven in style with his FEC records showing the campaign spending over $10,000 on 26 rides from various limousine and luxury car services. Swalwell’s campaign also spent over $26,000 on luxury hotels.

While the report shows much of Swalwell’s expenses seem like legitimate campaign spending, about $500K of the campaign spending is questionable. I am sure people who donated to his campaign weren’t doing so to fund a lavish lifestyle. 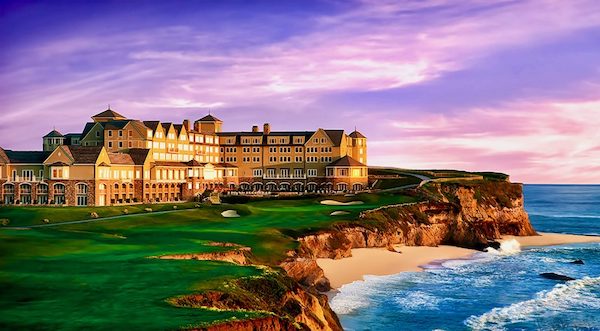 The Ritz Carlton, Half Moon Bay

More than $20,000 of the campaign funds that were spent at luxury hotels went to the Ritz Carlton, Half Moon Bay, where Swalwell’s wife was the director of sales of the hotel according to her LinkedIn profile until 2019.

It says she used to work there, but it still smells a bit funky, kind of like the trouser trumpet he released on the Chris Matthews program.

None of any of the funds spent by Swalwell’s campaign seem to be illegal. However, the fact that it spent over $500k on luxury items throughout the country in one quarter of a non-election year seems reckless. Almost as reckless as employing a Chinese spy or threatening to nuke Americans.

Swalwell may have an excuse for his reckless spending–his mental issues. After all, he declared that January 6th left him with emotional distress.