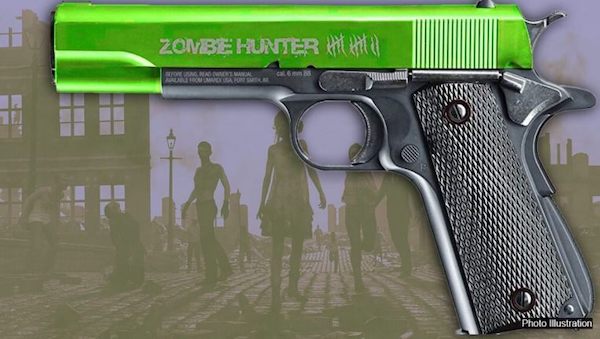 El Paso County, Colorado – US schools have lost their collective minds. A 12-year-old, Isaiah Elliot, in Colorado was suspended for 5 days from school (uh, virtual school) when he inadvertently placed a toy gun in view of his computer screen during a class. Toy gun on the computer screen. Ok, the teacher’s over-the-top reaction caused police to come to the house for a “welfare check.” The school reportedly did not notify the parents that they were sending the police.

“For them to go as extreme as suspending him for five days, sending the police out, having the police threaten to press charges against him because they want to compare the virtual environment to the actual in-school environment is insane.” Dani Elliott, Isaiah’s mother

Isaiah’s father, Curtis, said that the sheriff showed him a replay of video showing Isaiah and the toy gun. Curtis indicated the video showed Isaiah “sitting at home on his sofa when he momentarily picks up the toy gun on the right side of where he’s sitting and moves it to his left side, not realizing that in the process his teacher and fellow students saw him move the gun across the computer screen.”

Curtis said, “[The toy gun] just flashed across the school computer screen for maybe one or two seconds at the most.”

Isaiah, who is Black, was diagnosed with ADHD according to Fox. The toy gun was a bright green “Zombie Hunter” with an orange tip identifying it as a toy. 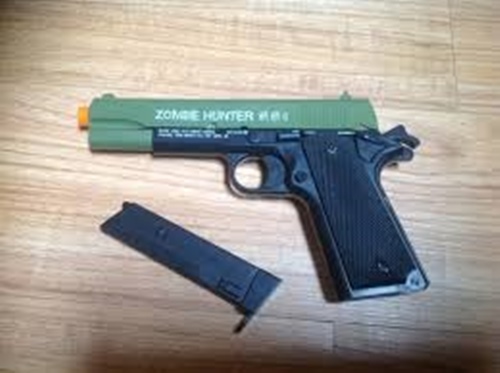 The Widefield School District refused to give the parents a copy of the video from the incident. They also refuse to apologize for their decision.

“We follow all school board policies whether we are in-person learning or distance learning. We take the safety of all our students and staff very seriously. Safety is always our number one priority.” Grand Mountain School

Safety from a toy gun in a virtual learning situation. Right. The teacher actually thought it was a toy gun, but “wasn’t sure.” Could she have picked up the phone and called the parents before traumatizing a young man and his family?

“The virtual setting is not the same as the school setting. He did not take the toy gun to school. He’s in the comfort of his own home. It’s a toy.” Curtis Elliott, father.

The family plans to enroll him in a private or charter school.

As for the teacher and the school, they conjure up memories of one of my favorite Kinky Freidman Songs (see below)