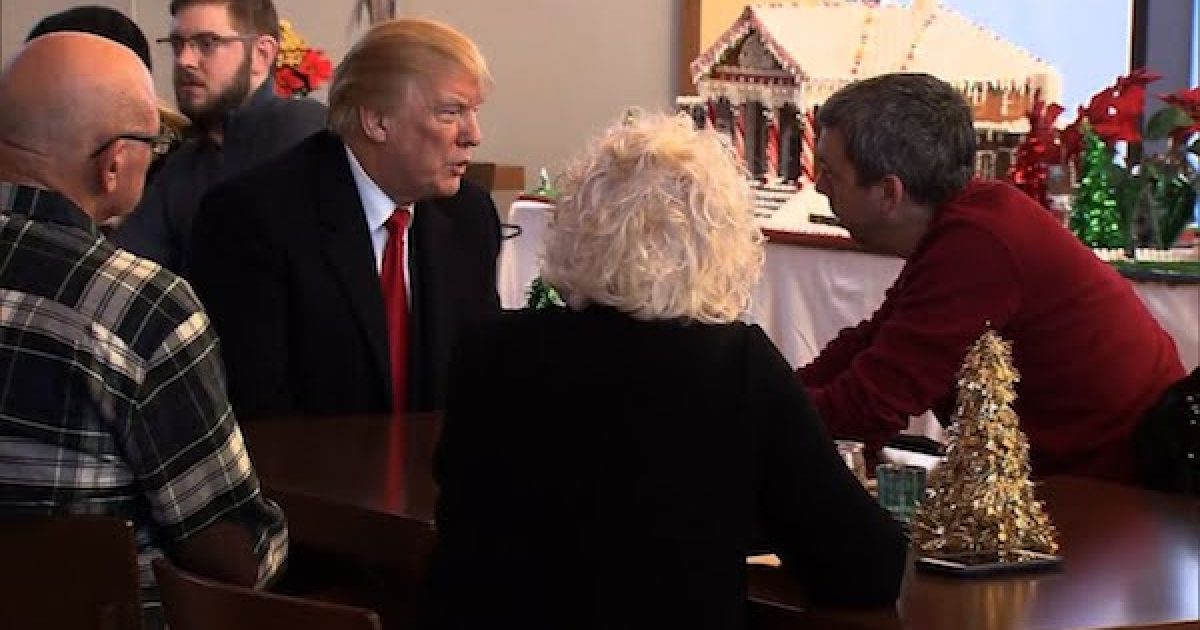 While Democrats and their pals in the media have been spending most of their time attacking President Trump this week, he’s been doing nothing but WINNING.

His ambassador to the UN is making nations quake, his tax reform plan is about to gift 95% of Americans with more money in their pocketbooks, and the Russia investigation keeps moving further away from him and closer to corrupt Obama era intelligence leaders.

Now, with the week drawing to a close and the media still focused on finding ways to attack the President, he took his big personality and generous approachable spirit to those of our nation’s most heroic who are convalescing at Walter Reed.

On Thursday the President paid a visit to the Wounded Warriors currently recovering at the Walter Reed National Military Medical Center. The President awarded 1st Lt. Victor E. Prato with the Purple Heart in recognition of his bravery and of what he’s given to his nation.

Prato, 25, of the 127th Airborne Engineer Battalion, Fort Bragg, North Carolina was injured in November of 2017 while deployed in Afghanistan.

He suffered multiple soft tissue injuries following a vehicle-borne IED blast and motor vehicle rollover. He has served in the Army for two years and is from Somers, New York.

After spending time with Lt. Prato, the President spread Christmas cheer throughout the hospital and spent time visiting with many of our heroes who are now convalescing at Walter Reed.

The president conversed and took selfies with several recovering troops while reporters were present, including a soldier in a wheelchair who he appeared to recognize from a previous visit in April.

‘Unbelievable progress since the last time, unbelievable,’ Trump told him.

It was after he passed on from journalists’ view that he participated in the Purple Heart ceremony with Prato in the solider’s hospital room with military and White House officials standing by.

In brief remarks to reporters on the South Lawn before he lifted off in Marine One, Trump said he wanted ‘to say hello to some of the bravest people anywhere in the world.’

‘They’re great people,’ he added. ‘We love those people.’

The president, who had nothing else on his schedule this afternoon, said he planned to be at the Bethesda, Maryland, medical center for a while before he returns to the White House.

With his trip to Walter Reed, this president showed once again that he understands what a president must do to become a commander-in-chief.