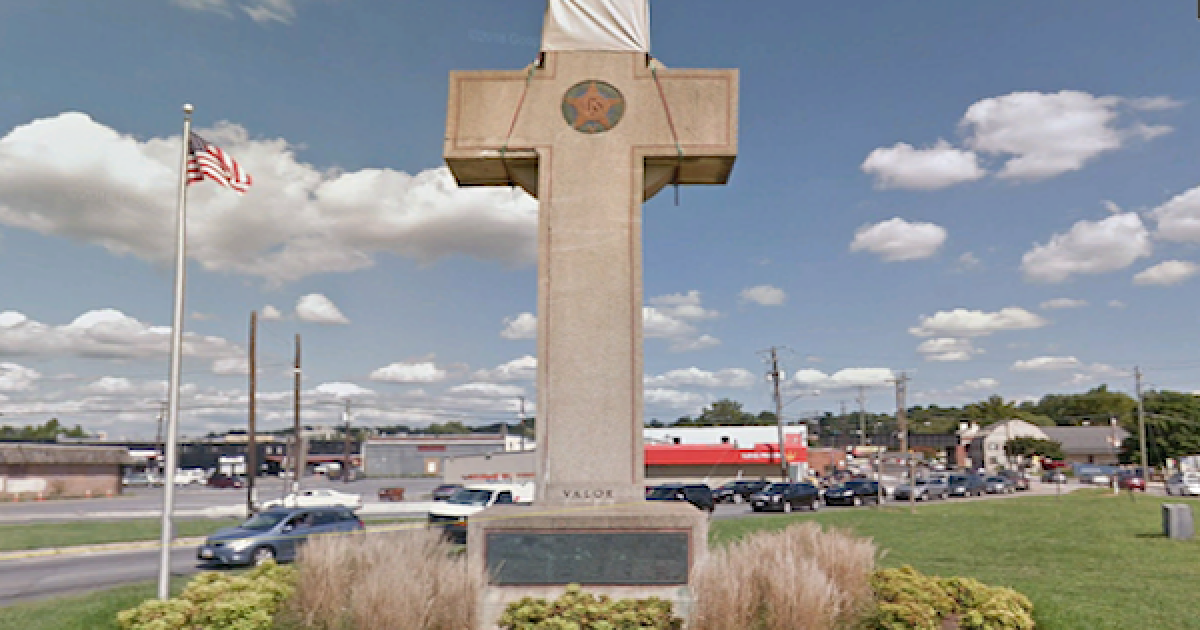 The liberals must be freaking out, but it wasn’t an elimination of the separation of church and state, it was an affirmation of history and freedom of religion. In a 7-2 opinion, the  U.S. Supreme Court protected freedom of religion by saying the 40-foot-tall Peace Cross in Bladensburg, Maryland, can remain in place at an intersection that is on public property, ruling against atheists who claimed was offensive. The American Humanist Association (AHA) had sued to have the cross taken down, and the American Legion, whose symbol is also on the memorial, intervened to defend it. Justice Samuel Alito wrote the court’s majority opinion  that said in part

“For nearly a century, the Bladensburg Cross has expressed the community’s grief at the loss of the young men who perished, its thanks for their sacrifice, and its dedication to the ideals for which they fought.” He also noted that while this particular cross does not serve a religious purpose, removing it because it is a cross would be a religiously charged action. ““It has become a prominent community landmark, and its removal or radical alteration at this date would be seen by many not as a neutral act but as the manifestation of ‘a hostility toward religion that has no place in our Establishment Clause traditions,’

What the Humanist Association and other liberals get wrong is that the First Amendment was not enacted to protect the government from religion, its purpose was to protect religion from government. We are supposed to separate church and state, not separate church from, state.

Today’s Supreme Court ruling was an example of protecting religion from state interference and should be applauded.