Own A Suppressor In Virginia? You Could Be Looking At A Felony 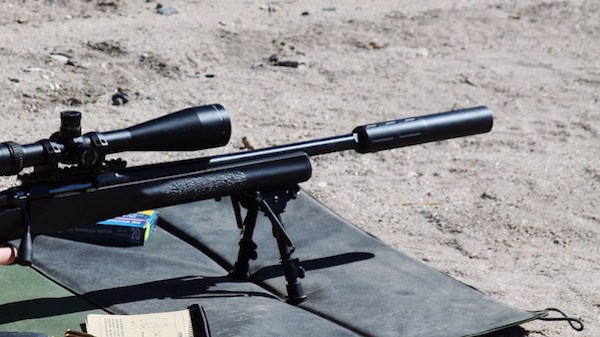 Under Levine’s bill, H.B.961, Virginians who have undergone the legal process to acquire a suppressor would be labeled felons after the passage of a six-month grace period in which suppressors can be transferred to persons out-of-state who are allowed to own them, destroyed or rendered inoperable, or surrendered to a “state or local law enforcement agency.”

Keep in mind that to even purchase a suppressor (originally called a silencer), there is about a 9-month process. Intensive background checks, a $200 tax, fingerprints, photographs, and registration with the ATF. All of that is not good enough for Virginia Democrats like Levine.

And that’s not all: it expands the definition of “Assault weapons.”

Dealers are prohibited from selling any “assault weapon” – and they, too become felons for doing it. ‘Assault weapons’ is a catch-all phrase, and has no real meaning. But it sounds scary, so anti-gunners use it all the time.

Levine’s bill also requires licensing of AR owners (carefully worded as a “permit” in the bill). The bill specifically states that law enforcement will create a database of gun owners who retain their weapons.

If they do manage to retain the weapons, they can only transport them to a gun range for target shooting or hunting (not the purpose of the 2nd amendment), and they must have WRITTEN permission to be on someone’s property. They must have the written slip in their possession, along with the state permit should they be asked by law enforcement.

The bill also provides that failure to display the permit and a photo identification upon demand by a law-enforcement officer shall be punishable by a $25 civil penalty, which shall be paid into the state treasury. The bill also requires the Department of State Police to enter the name and description of a person issued a permit in the Virginia Criminal Information Network (VCIN) so that the permit’s existence and current status will be made known to the law-enforcement personnel accessing VCIN for investigative purposes.

“That a well regulated militia, composed of the body of the people, trained to arms, is the proper, natural, and safe defense of a free state, therefore, the right of the people to keep and bear arms shall not be infringed…”

The Virginia Democrats are violating their oaths, the Federal Constitution, and their own State Constitution. They care more about themselves than the American people. Hopefully, this will get worked out in the courts as soon as possible.  If not, it may get rough in the Old Dominion.