Who is REALLY Going to Get Stuck Paying Biden’s Higher Corporate Taxes? 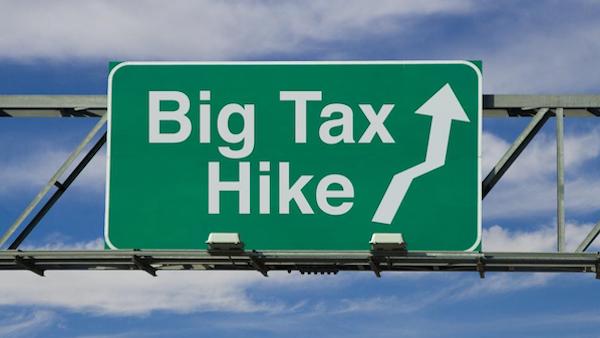 A new study by the Heritage Foundation finds that Joe Biden’s plan to hike the corporate tax rate to 28 percent will reduce long-run GDP by about 1 percent  – meaning a cost of about $1,650 per American household.  Heritage economist Parker Sheppard also finds the higher tax rate harms both shareholders and workers. Sheppard’s model predicts under Biden’s tax hikes over the next ten years, wages will fall by about 1.27 percent as less investment lowers productivity.

Politicians would have you believe that “big business meanies” and the Richie Riches of the world will pay the higher taxes. But the truths is, taxes are not necessarily borne by whomever statutorily pays the tax. This is because taxes raise costs, and people adjust their behavior in response to the new cost.

In a blog this week for the Foundation for Economic Education, Brad Polumbo explained that the exact shares of the burden that fall on capital and labor are a point of debate in the literature. Still, there is agreement that it is not just corporate shareholders that pay the tax. “Because people change their behavior as a result of tax increases—raising prices, decreasing investment, changing consumption habits, and so on.”

As Austrian economist, Ludwig von Mises noted, “It is the operation of the market, and not the government collecting the taxes, that decides upon whom the incidence of the taxes falls and how they affect production and consumption.”

Polumbo wrote, “In the case of corporate taxation, an overwhelming body of research confirms this theory and shows over the run, the costs are mostly borne by workers via reduced wages and partially by consumers via higher prices. Because corporate tax increases make investment more expensive, and investment in productivity improvements is key to wage growth.”

As Mises added, “More investment of capital means: to give to the laborer more effi­cient tools.” As investment allows workers to become more productive, their wages will soon rise.

But Polumbo explained in the case of corporate tax hikes, the opposite happens: investment is reduced, and wages fall as a result.

The Heritage’s Sheppard explained, “Workers with newer or improved equipment, or places to work, are more productive and can command a higher salary. If the corporate tax causes firms to reduce their investment and operate with less capital, they will pay lower wages as a result.”

The Heritage Foundation study concludes by urging Congress to keep taxes low and spending in life with revenue.

The proposal to raise the corporate income tax is motivated in part by a desire to pay for $2.65 trillion in spending over the 10-year budget window.

Many of the provisions in the American Jobs Plan, such as building energy-efficient housing and producing electric vehicles, are things that the private sector is already doing. Providing public funding for those activities and raising corporate taxes merely produces the same goods at a higher cost.

Taxes lead to market distortions and inefficiencies as households and businesses adjust to the costs that they impose. The reduction in trade benefits no one, as the government cannot collect tax revenue on income that is not produced.

The best policy to promote prosperity for all households in the United States is to keep taxes low and to keep spending in line with revenue.

This is a common-sense approach that Americans for Limited Government have been advocating for years. It’s how families run their households.

“Economists, and certainly politicians, frequently overcomplicate things,” said Rick Manning, President of Americans for Limited Government. “It’s really important that we approach government spending and taxes from the perspective of our own finances. Just as we know that living off our credit cards is not sustainable, neither is it sustainable for the government. Politicians would have you believe they have some magic formula for paying for their reckless spending sprees. They don’t. Eventually, it is the taxpayer, the little guy, who ends up stuck with the bill.”