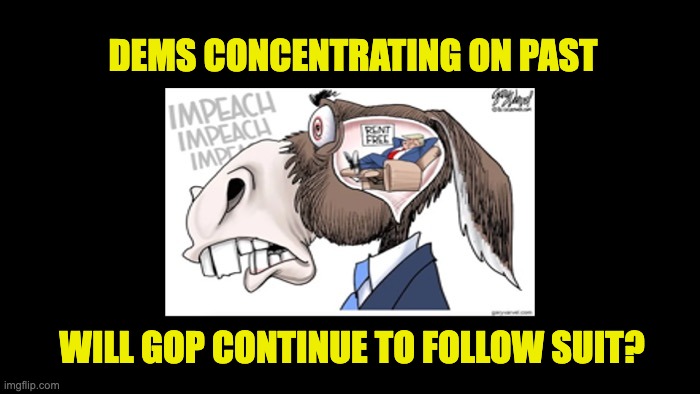 One year ago, January 20, 2021, Joe Biden was inaugurated as President of The United States. During the next twelve months, Biden and his leftist buddies have pushed policies that, at best, be described as divisive, wasting time. And attempting to turn America from a republic to a leftist oligarchy. Eleven months before the mid-term election, it seems as if the Republicans will re-take both houses of congress. However, if the Republicans continue to act like the Democrats by focusing on the past instead of creating a better future, they might blow it. stop focusing on the past

The 2018 election saw the Democrats take the House of Representatives, and two years later, they took the Senate and Presidency. Instead of creating programs they thought would help America, their first priority was to punish Donald Trump and the Republicans for daring to be elected to run the country.

Under Trump, America became energy independent for the first time in decades, raising gasoline by over a dollar in a year. That was caused by the Democratic Party-led government reducing America’s energy production, lowering worldwide supply, and causing an increase in costs. That along with a rise in government spending and decreased worker production created the worst inflation levels since Jimmy Carter, five decades earlier.

In foreign policy, they ignored Trump’s Afghanistan withdrawal plan reducing forces based on Taliban compliance leaving Americans behind in enemy territory for the first time in U.S history. Their rush for withdrawal also caused America to break its promise to Afghan nationals. These nationals put themselves in danger by helping our military with the commitment that when America left Afghanistan, they would take those who helped Americans along with their families out of the country also. The democratic party government left tens of thousands of Americans behind. With that show of weakness, Russia and China felt emboldened and began to make moves against American foreign policy and allies.

When they weren’t canceling previous programs, the Democrats were running one-sided sided investigations. The latest example of this is the January 6 committee that they wouldn’t allow the GOP to place the people they choose on to the committee.

There are many more examples in both domestic and foreign policies. The issue is that most of these harmful policies were created because Donald Trump was living rent-free inside of their heads. Their latest three disasters look like they will be prevented only because of Democratic Party infighting.

As of today, it looks as if voters will move to change the party running congress in November 2022 and the Presidency in 2024 but will the present lead hold.

Instead of talking policy, the GOP is acting as if the Democrats are living rent-free inside their heads. They are basically telling America a Republican Party government will concentrate on issues Americans disagree with or don’t give a damn about. Instead of discussing policies to create a better American future, they are talking about reliving the past.

Some are still talking about the 2020 election. To be honest, the presidential election seemed funky to me. But I stopped caring about it when I realized that even if the bogus vote counting was proven. Biden would not be kicked out of office. It would have to be proven that Biden knew about and participated in the miscount. We’re talking about a man who sometimes forgets that he’s the president. If an investigation was launched, it would be well after the 2024 election, before a report was ready. The GOP these people need to move on. That includes Trump’s private citizen supporters like Mike Lindell, for example. The guy makes excellent pillows (I have three) but his ranting about 2020 turns voters away from the GOP and, to be honest, makes people think he’s crazy. 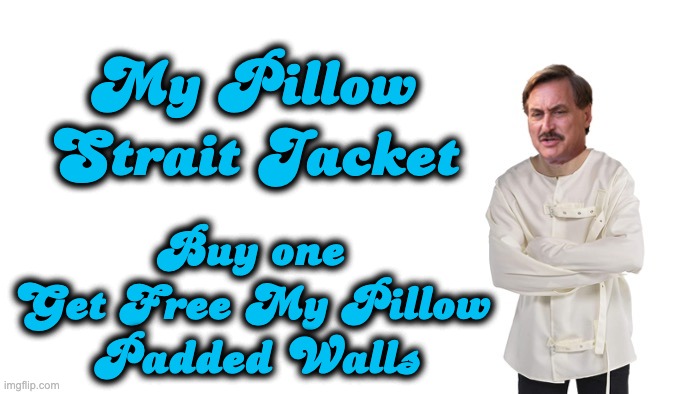 Some Republicans are promising to investigate the past. They’re promising to launch investigations of the Afghan withdrawal, the border crisis, Dr. Fauci, and where COVID came from, along with a promise to impeach Biden. I am not a constitutional attorney, but IMHO being a crappy president does not meet the constitutional direction of high crimes and misdemeanors. These are important political issues and might require investigations after, not before, the election.

Campaigning based on these issues is deadly. The Republicans seem to be doing well because voters do not want a repeat of Democratic Party policies and their back-looking investigations.

Voters care about “kitchen-table” issues. But they see inflation lowering their buying power. The price of energy really hurts. While some people can cut back on driving as gas prices increase, they cannot cut back on heating oil, and their families’ care is their priority. Thanks to the supply chain crisis, many supermarkets have empty shelves; forced vaccinations, mask-wearing, or schooling from home are damaging their children’s development, health, and future. Making matters worse, parents are being told to stay out of decisions regarding their kids’ education. The GOP forgets that people’s first, second, and third priorities are their families, especially their children (a fourth priority would be the same as 1-3).

Compounding the Republicans’ concentration on the past is internal fighting. The latest divisiveness seems to be the call to remove Mitch McConnell. Admittedly I am a McConnell supporter. Trump wouldn’t have been able to get three supreme court justices past the Senate without him. While I believe McConnell is one of the best Senate GOP leaders in decades, I can understand why some people might want to get him out. However, that is not a kitchen table issue and should be delayed until after the election.

The bottom line is that the mid-term election is in eleven months. Still, instead of concentrating on forward-looking kitchen table-type policies, Republicans have been talking about the past just like the Democrats have done for the past year. Will their focus on the Democratic Party past spoil the lead Republicans now seem to have in the mid-term elections? Or will it make voters see the GOP just as bad as the Democrats and cause that lead to disappear?