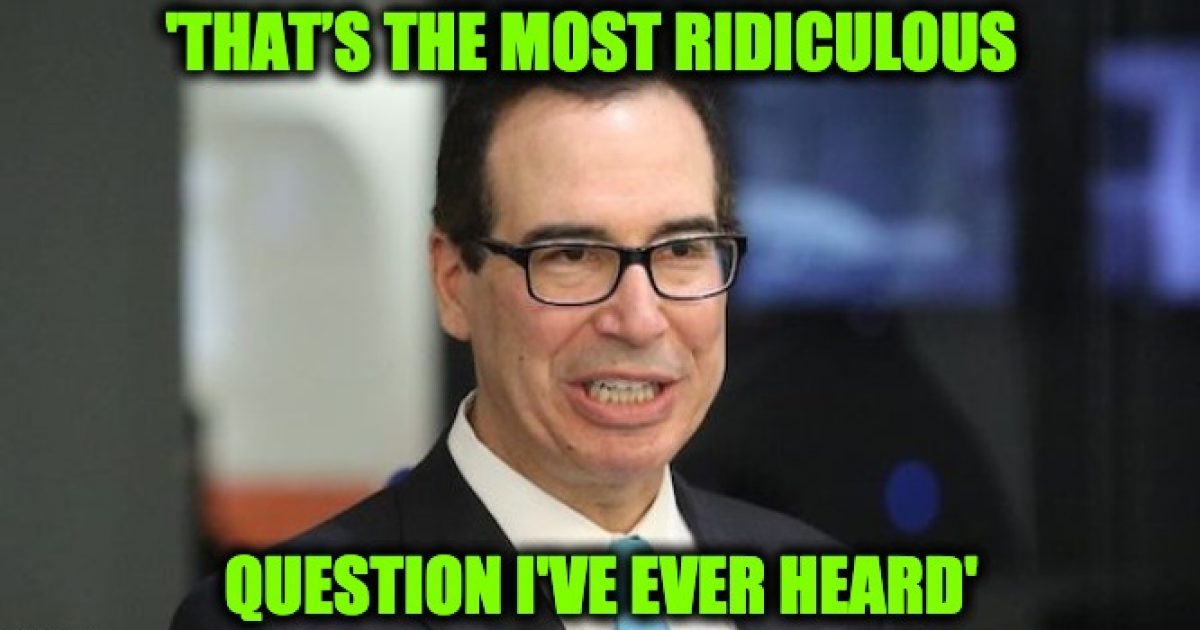 Granted I haven’t seen every press conference Treasury Secretary Steve Mnuchin has given, but today was the first time I have ever seen the usually genial Mnuchin snap at a reporter. What wasn’t surprising was the reporter he snapped at was CNN’s Fredo, Jim Acosta.

Mnuchin and Secretary of State Pompeo held a press briefing about President Trump’s Executive Order modernizing and expanding sanctions to combat terrorism which was meant strengthening the government’s ability to sanction those with terror ties, called the Modernization of Executive Order 13224

After their comments, they took questions from the press. Understandably as the announcement about John Bolton’s firing was less than two hours old the questions were mostly about John Bolton leaving the administration and Mike Pompeo’s relationship with the now-former national security adviser.

As one would expect, Pompeo and Mnuchin defended the president. “The president is entitled to the staff he wants,” Pompeo said. Pompeo admitted there were “many times” he and Bolton disagreed but added, “that’s true of a lot of people I interacted with.” According to the original notice Bolton was supposed to be at the press briefing motivating a reporter to ask if they were blindsided by Bolton’s departure, Pompeo drew laughter with his answer, “I am never surprised.”

Generally, the two avoided specifics about Bolton’s departure, leaving it to the President or Press Secretary to dive into that pool.

Finally, they called on Jim it’s all about me Acosta.

Which is polite Mnuchin speak for; What? Are you a freaking moron?

Even if Bolton’s departure threw the national security team into a mess, did he really expect Pompeo or Mnuchin to answer something like, Yes it is and the US is about to be attacked and we are all going to die in 15 minutes?

This was a typical Acosta question, he was trying to push his own political agenda about the Trump administration foreign policy, instead of getting information that viewers may find interesting.

Mnuchin’s partner at Tuesday’s presser,  Mike Pompeo did his own smackdown of Acosta last September.I bet Fredo Acosta is one area where everyone in Trump’s cabinet agrees.

The video below begins with Acosta’s question which was next-to-last, and the one question afterward which was about the report the CIA had to pull an asset out of Russia because of the President (Pompeo said the report was false).