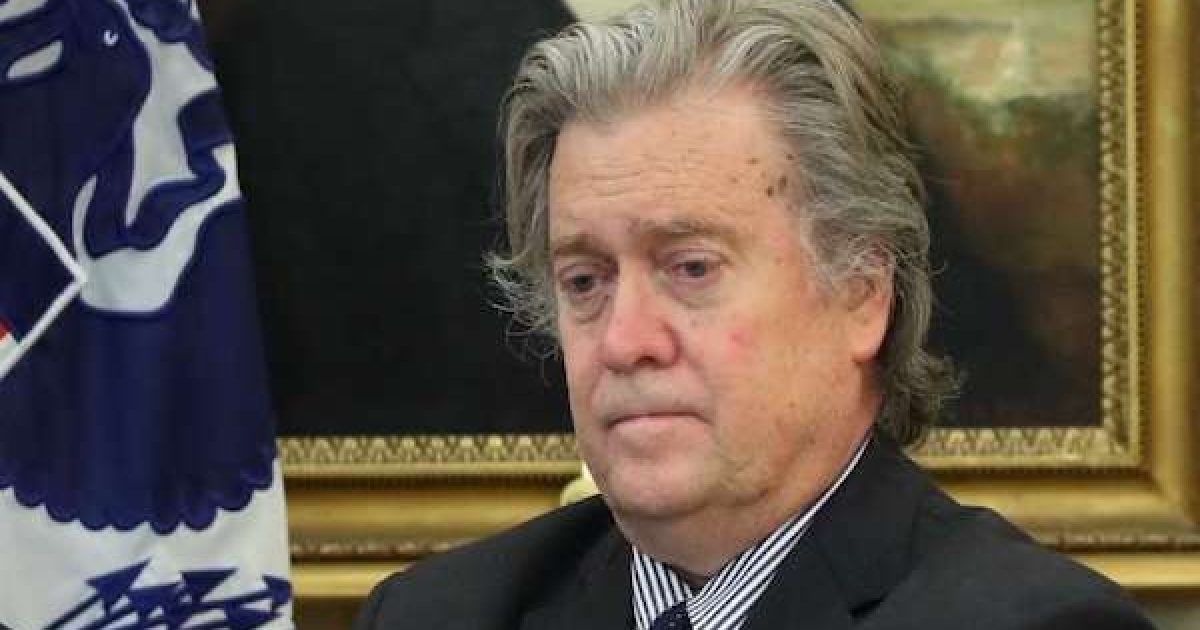 According to the NY Times and confirmed by Fox News’ John Roberts,  President Trump has decided that Steve Bannon is gone.  The White House chief strategist who helped Mr. Trump win the 2016 election has been rumored as gone for almost as long as the Donald Trump has been president.

The president and senior White House officials were debating when and how to dismiss Mr. Bannon. The two administration officials cautioned that Mr. Trump is known to be averse to confrontation within his inner circle, and could decide to keep on Mr. Bannon for some time…

As of Friday morning, the two men were still discussing Mr. Bannon’s future, the officials said. A person close to Mr. Bannon insisted the parting of ways was his idea, and that he had submitted his resignation to the president on Aug. 7, to be announced at the start of this week, but it was delayed in the wake of the racial unrest in Charlottesville, Va.

Mr. Bannon had clashed for months with other senior West Wing advisers and members of the president’s family.

But the loss of Mr. Bannon, the right-wing nationalist who helped propel some of Mr. Trump’s campaign promises into policy reality, raises the potential for the president to face criticism from the conservative news media base that supported him over the past year.

On Tuesday at Trump Tower in New York, the president refused to guarantee Mr. Bannon’s job security but defended him as “not a racist” and “a friend.” Throughout his tenure, Bannon has been unfairly criticized as a racist and an Anti-Semite.

But Steve Bannon had become increasingly isolated inside the White House and accused of leaking stories about his colleagues. The isolation got worse since John Kelly became Chief of Staff.

Earlier this week, he gave a candid interview to a liberal magazine where he slammed some of his adversaries inside the administration and disagreed with the President’s policy on North Korea which more than anything seemed like a dare to General Kely to fire him.

Statement from the Press Secretary

White House Chief of Staff John Kelly and Steve Bannon have mutually agreed today would be Steve’s last day. We are grateful for his service and wish him the best

This will probably be a positive move for the running of the White House staff.

This post will be updated as more news comes out.