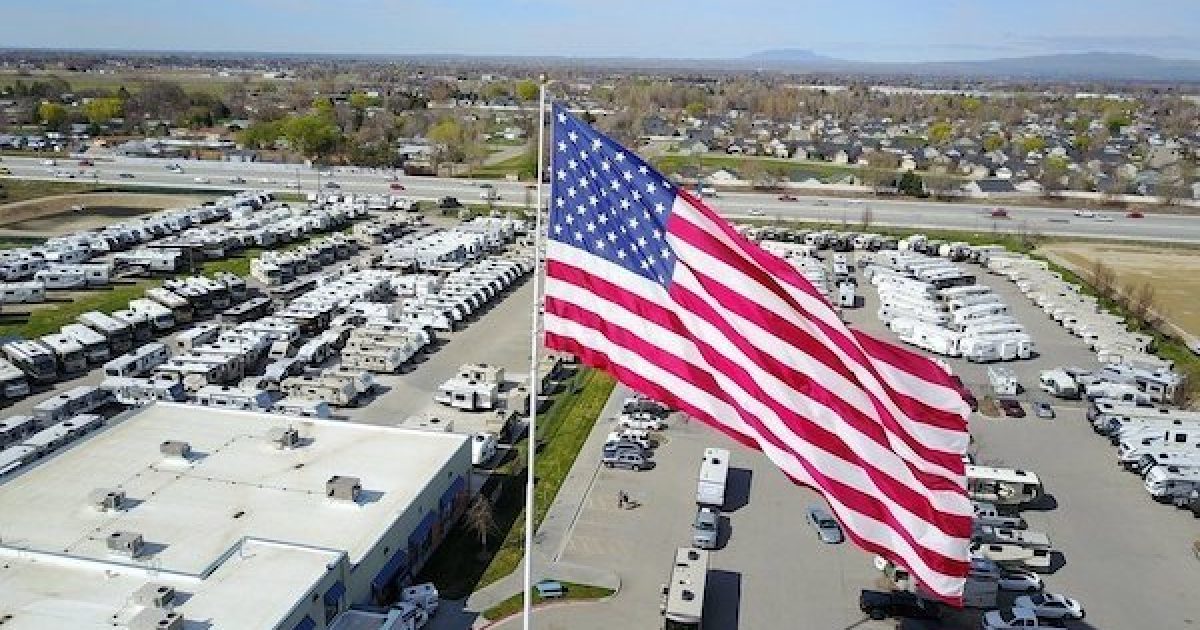 Camping World is embroiled in a fight with the city of Statesville, North Carolina over their massive American Flag that flies over their Gander RV lot. The city has imposed a $50 per day fine for leaving it up.

CEO Marcus Lemonis is refusing to take down a giant American flag over his Gander RV despite that the city has demanded the flag be eliminated and has taken him to court to force him to obey.

Lemonis is refusing to remove the 40-by-80-foot flag even though the city said it is too large and violates a city ordinance.

But Lemonis says he won’t do it. “There is no way that flag is coming down,” he said.

If the name Marcus Lemonis sounds familiar, it may be because he is also the star of The Profit, a CNBC reality show about saving small businesses. Lemonis has invested $35 million of his own money into those small businesses featured on the program.

He can easily foot the bill of the $50/day fine Statesville has been charging him retroactive to October 15, until he removes the Flag.  The city claims it won’t allow a flag that size within 100 feet of the highway. The city also says that it will not allow flags larger than 25 by 40 feet.

The city’s lawsuit claims a flag within 100 feet of a highway cannot be larger than 25 by 40 feet.

The company’s CEO told WSOCTV similar flags are up at more than 200 stores across the country, including several cities in North Carolina, none of which have had any problems with them.

“I don’t care if it goes to $500 a day. It’s not coming down,” Marcus Lemonis, CEO and chairman of Camping World and Gander RV, said.

Lemonis said it’s personal to him.

“My family has been car dealers, had been car dealers since the 1960s, and our key trademark was always flying our flag in our dealership in south Florida,” he said. “My family is largely immigrants of the country.”

Lemonis launched a petition to find people who agree with him that the flag should stay. It has already gained more than 118,000 signatures.

“Many cities like Statesville have requested that Camping World and Gander Outdoors take down their American Flags. WE WON’T DO IT! Stand with us,” the petition says.

Lemonis also notes that the city can shove its rules because HE owns the property. “The property that’s there belongs to us, we pay taxes, and the size of the flag isn’t hurting anybody,” Lemonis said.