The States Without Mask Mandates Have Lower COVID Rates 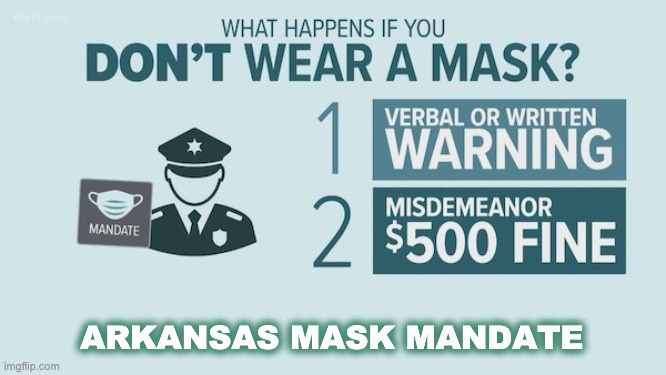 Over the last two months, the red and blue states have begun diverging on how they are treating the coronavirus, and as the red states continue to loosen their restrictions, they are the ones seeing the virus subside fastest.

The media, of course, and the Democrat Party want to treat the virus as if we are still in the midst of “14 days to flatten the curve” from a year ago. But we are not. The virus has been on the wane for months, and the red states realize this. Not that the blue states understand this fact.

Texas, for instance, has seen amazing progress back to normalcy.

As Allahpundit in Hot Air reported:

An update to last week’s post about case counts declining in the Lone Star state. Not only have cases continued to fall in Texas since then, the seven-day average is now the lowest it’s been since June 18, 2020 according to Worldometer. Yesterday the state was averaging just 3,263 daily confirmed infections. On March 10, the day Greg Abbott’s order lifting Texas’s mask mandate took effect, it was averaging 4,895.

Average daily deaths are also the lowest they’ve been since November — and deaths lag cases by several weeks so they might well continue to fall throughout April.

But, Texas is far from the only state seeing fantastic progress.

Last week, Townhall columnist Scott Morefield posted a series of tweets showing how well some of these states are doing:

Wait two weeks, they always say. Well, Texas ended its statewide mandate well over two weeks ago. By now, hospitals and funeral homes should be overwhelmed, right? Nope, not even close. pic.twitter.com/yJ6mObM4Sv

Tennessee, my state, never had a mask mandate either. Sure, we had something of a casedemic, but things also never got close to getting out of control – and the curve has been more than flattened. How on earth did this happen without a statewide mask mandate? pic.twitter.com/KUVOkfUH6p

South Dakota never had a mask mandate and is widely considered the most maskless state in the union. Yet, their recent curve is remarkably flat (this is similar to surrounding Montana and North Dakota as well). It's almost like viruses are gonna virus, regardless of what we do. pic.twitter.com/501Tedwqv3

Same with mask-loving New Jersey. These two states (New York and NJ), by the way, also LEAD THE COUNTRY in deaths per million. People always say that without masks things would be worse, but truly, how much worse could it get than #1 and #2? pic.twitter.com/RCqXXrpvUh

“Sure, we could see some spikes here and there (generally it’s geographic and seasonal), but thanks to vaccines and natural immunity, deaths are declining and should continue to do so. If people aren’t dying & hospitals aren’t being overrun, why are we worried about cases anyway?” Morefield concluded.

Not bad for Neanderthal thinking as Joe Biden described GOP governors who decided to drop their mask mandates.

Jeff  Note: I wear a mask whenever I leave the house in New York, as do my wife and children. We all have afflictions that make us higher risks for COVID.  In the end, wearing a mask is our choice. It’s perfectly fine for a private store requiring a mask for anyone who enters their premises. That is their choice (and our choice to continue to shop at that location.). It’s not wrong for the government to recommend people wear a mask. However, it is neither the federal, state or local governments’ right to mandate-wearing a mask. And based on the statistics, those mandates are not helpful to stop the spread of Coronavirus.