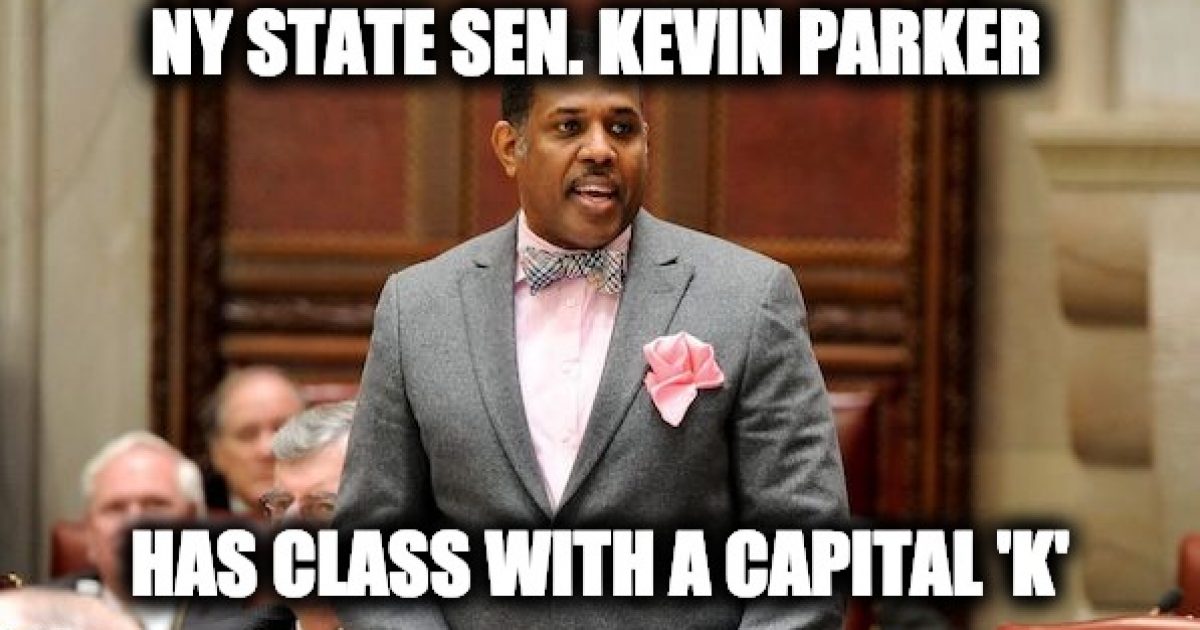 Earlier this month we reported about a proposed NY State law requiring a person who wants to purchase a firearm or renew a permit for a firearm to turn over their Internet search history and their social media passwords. One of the bill’s sponsors was State Senator Kevin Parker. Today Parker proved that he should worry about his own social media history before worrying about the social media of others, as the Democratic politician used social media to tell a GOP aid to “go kill yourself.”

According to the Democrat and Chronicle, Sen. Kevin Parker, D-Brooklyn, posted the violent tweet Tuesday morning after Candice Giove accused him of misusing a Senate-issue parking placard.

“Kill yourself!” the tweet read.  It was deleted minutes after it was posted, but the tweet was captured for all posterity.

Within an hour, Parker issued an apology.

“I sincerely apologize,” he wrote. “I used a poor choice of words. Suicide is a serious thing and should not be made light of.” (YA THINK?)

Then why, pray tell, would he even write such a thing?  Oh yeah, he’s a liberal Democrat exercising his liberal privilege.  Of course, if this was tweeted by a conservative about a liberal, said conservative would quite likely be banned from Twitter.

I sincerely apologize. I used a poor choice of words. Suicide is a serious thing and and should not be made light of.

Yes, of course, he wrote it to you….he got caught and needed to find a way out of the hole he dug.

“I was disappointed in Senator Parker’s tweet,” Stewart-Cousins said. “Suicide is a serious issue and should not be joked about in this manner. I am glad that he has apologized.”

But it seems he has a history of violence:

In 2010, he was convicted of misdemeanor criminal mischief after damaging a camera belonging to a New York Post photographer who was assigned to take photos of him outside his Brooklyn home.

Parker was cleared of felony charges in the incident.

In response to the tweet Tuesday, one of Parker’s Republican colleagues said he shouldn’t be serving in office.

“It is clear that Sen. Parker, who already has a history of violence and aggression, is in no state to serve as an elected official,” said state Sen. Rob Ortt, R-North Tonawanda, Niagara County.

Nor should he pass a background check to own a gun, or have a license to operate a car. This guy is nuts but he wants to take away the guns of law abiding people.