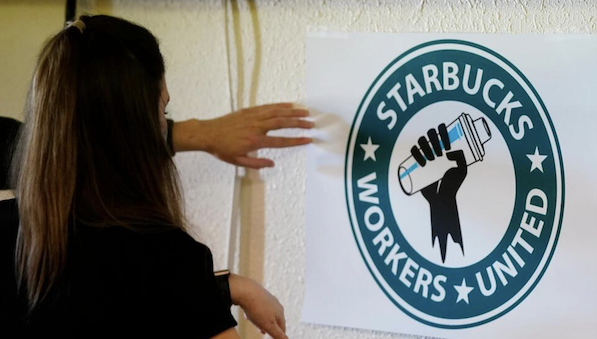 Starbucks is Closing 16 Stores They Say Are In Dangerous Locations. Some of the new Starbucks Unions claim it’s punishment for unionization

The company that brought us a $3.75 cup of regular coffee (compared to $1,00 in 7Eleven) is now closing sixteen locations in what they believe are dangerous locations. The closing stores will be shutting their doors by the end of July. The sixteen stores about to close are in Seattle, Los Angeles; Philadelphia; Washington, DC, and Portland, Oregon.

The news of closures comes after Starbucks CEOHoward Schultz announced plans for “the reinvention of the next chapter of the company,” of which safety is a key tenet.

In a letter to employees on Monday, Debbie Stroud and Denise Nelson, senior vice presidents of U.S. operations, wrote that workers are “seeing firsthand the challenges facing our communities – personal safety, racism, lack of access to healthcare, a growing mental health crisis, rising drug use, and more.”

I wonder what Starbucks is doing near those locations to help fix those problems that are making them close these stores… After all, to afford one of their specialty coffees, one has to sell at least one for a good price… They HAVE to be making a profit.

Per CNN, Starbucks is giving active shooter training. It’s also offering mental health benefits. They haven’t explained if those mental health benefits were for employees or people crazy enough to pay their prices. Other new policies include access to abortion care and closing restrooms to the public. Maybe their product will become worth the price if they can use a leftover cup from a used brewed product as a restroom.

Not all employees believe the closing of stores is being done for reasons other than the ones given by company management.

As of June 24, the NLRB has certified unions at 133 Starbucks stores with more than 3,400 hourly employees among them, and certified decisions against unionization at 15 locations. Elections are underway at dozens of additional stores.

Even with the the pro-labor votes, unionized stores make up a only fraction of Starbucks’ roughly 9,000 company-operated stores in the United States. But Starbucks has made clear that it doesn’t want employees to join a union, and that it won’t guaranteecertain benefits to those who do.

BREAKING: 505 UNION WAS JUST TOLD BY REGIONAL DIRECTOR NICA TOVEY THAT STARBUCKS IS SHUTTING DOWN THEIR STORE.

IS THIS BARGAINING IN GOOD FAITH @HowardSchultz @Starbucks

WE WILL NOT LET THEM GET AWAY WITH THIS @SBWorkersUnited

BTW did you know that Sally Field worked for Starbucks? 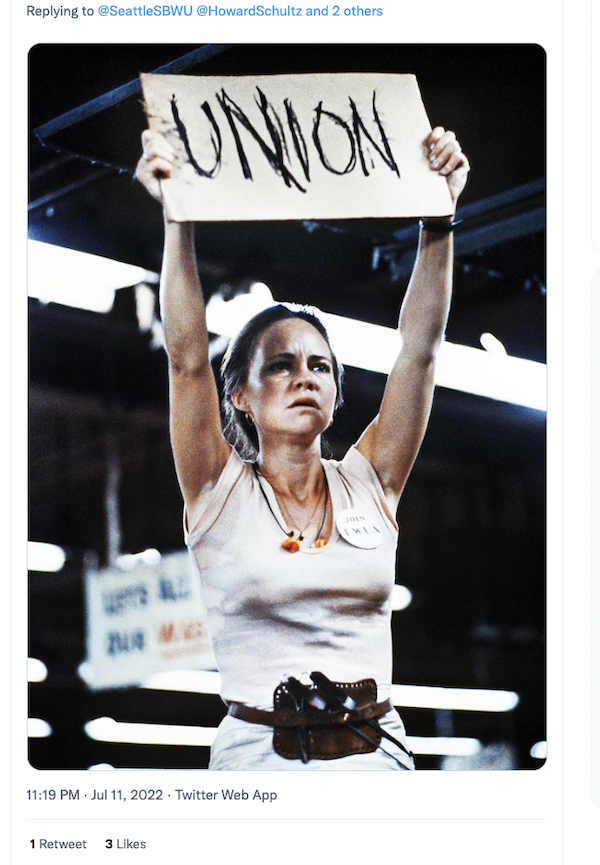 The Starbucks Union claims the closures are being made to punish the Union. But only two of the 16 stores are unionized. The union movement at Starbucks, however, is growing very quickly.

The company’s union-busting has been shocking and relentless over the last 10 months, and the relief the NLRB seeks in federal court matches the scope and depth of Starbucks’ violations of workers’ rights,” Ian Hayes, an attorney for the union, said.

Starbucks has a reputation for championing liberal causes, like vocally supporting same-sex marriage and hiring refugees. That also extends to transgender rights. Its health insurance has covered gender reassignment surgery since 2012 and a wider array of gender-affirming procedures, like hair transplants or breast reduction, since 2018.

But unionizing is a liberal cause. Why have they made it “clear that it doesn’t want employees to join a union, and that it won’t guarantee certain benefits to those who do?”

I sense they may be serving a little hypocrisy with their overpriced coffee.