Is Stacey Abrams Living In An Alternate Universe? Or Is She Just Plain Crazy? 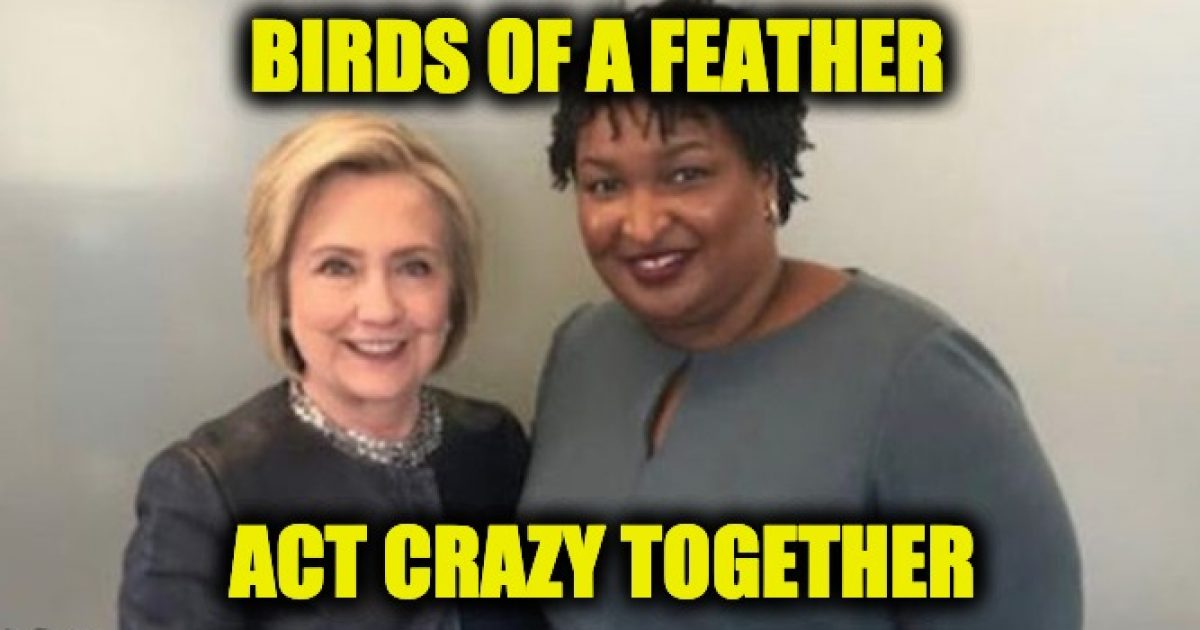 Democrat Stacey Abrams must live in an alternate universe, well either that or she is experiencing a mental breakdown.  According to the former Democrat candidate for Governor, who apparently maintains she’s the REAL governor of the state, falsely claimed that people in Georgia don’t have the right to vote.  This came after she bragged about the high voter turnout in the election she lost.

But this is what she told Joy Reid back two months earlier,  “I ran a race where we tripled Latino, Asian-Pacific Islander turnout, increased youth participation by 139%, increased black turnout by 40%… the highest share of white voters in a generation… Winning… is about building the largest coalition possible.”

.@staceyabrams: I ran a race where we tripled Latino, Asian-Pacific Islander turnout, increased youth participation by 139%, increased black turnout by 40%… the highest share of white voters in a generation… Winning… is about building the largest coalition possible. #AMJoy pic.twitter.com/yghanusziX

So which one is it? Was she lying to Joy Reid or at the DNC Gala? Or was she lying both times?

And what does it say about those in her audience who, no doubt, believed every word she said, despite it being demonstrably false.

It would be cool if a reporter maybe asked her a single question on this https://t.co/pbvncqkQiG

Nick, she’s a liberal Democrat, reporters don’t do that!

This woman is clearly mentally ill. She should get help. I’m serious. She has serious delusions or grandeur and it’s a bit unsettling

Hopefully, not ALL institutions because many people on twitter think she belongs in an institution.

That’s the best and brightest from the DNC? lol

Well, maybe not the only best and brightest, perhaps she’s tied with AOC.

She and Hillary have the same psychosis – and I get why. If I ran for office and had every media outlet working for me, every social media company, and blatant voter fraud in my favor – and I STILL lost?!? I'd find that unbelievable, too.

We need proof to see if that is true…like if people who may have dirt on her start committing suicide.

Then again, Hillary did campaign for her–maybe that’s when she caught what Hillary has.

Stacey Abrams should be ashamed.

She should indeed be, but Cathy she’s a liberal Democrat, they are born without the gene for feeling shame.

Hmmm…Maybe she just stunk at math and didn’t understand the turnout numbers?
Either way, Judge Judy ain’t buying it.

Truthfully, Abrams’ is conducting a typical liberal divisive childish act—she believes she is the best; therefore, it was impossible for her to lose. Sadly the media will never question Stacey Abrams about it, or ask her for proof—they believe her fantasy.