Stacey Abrams Says ‘No One Ever Objected To Voter ID.’ Here’s Proof SHE Did (Videos)

She Lied About Not Objecting To Voter ID, And Believes Election Cheating Is Okay (As Long As It Is Done HER Way) 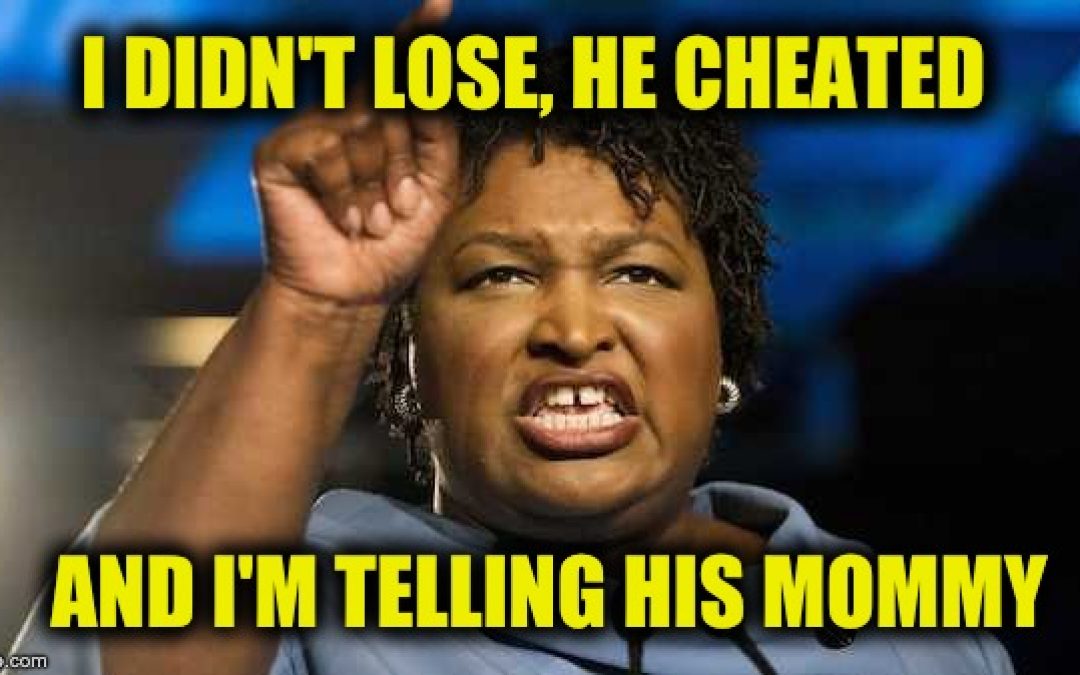 Failed Georgia governor candidate Stacy Abrams claims that no one ever objected to voter ID, but she did. Beyond that, she has also suggested unique ways of election cheating. Stacey Abrams voter ID

Why the change of heart, @staceyabrams? pic.twitter.com/Le11w1pjJS

Geez! She must’ve gotten whiplash from that quick turnaround!

The clip from June 17 is an appearance on CNN’s New Day where she was throwing her support behind the changes proposed by Sen. Joe Manchin (D-WV) to the contentious “For the People Act” that would federalize elections.

Abrams has been slamming the idea of showing identification at the polls for years.

Here she is back in March railing against the Georgia Election bill:

CBS host tosses softball to Stacey Abrams: Voting rights/"access" is "not a two-sides issue," since there's no "widespread voter fraud," so why won't Republicans "evolve"?

Abrams has become a Dem celeb for refusing to concede the Georgia gubernatorial race because she claims it was “rigged.”

Stacey Abrams, the Democratic candidate for Georgia governor, said Sunday that the state’s voter ID law, which has put tens of thousands of voter registration applications on hold, is designed to “scare people out of voting.”

… Abrams is among those who have accused her opponent, Georgia Secretary of State Brian Kemp, who leads the office that oversees Georgia elections, of trying to suppress minority votes.

Kemp has said that those 53,000 voters can still vote if they show identification, but Abrams said on “State of the Union” that those voters “are being forced to go through unnecessary hurdles to prove their bona fides.”

She also said that poll workers “are going to be asked to substantially verify that these IDs are sufficient.”

Even though the GA election where she refuses to admit defeat saw the highest level of registered voters ever and one of the highest voter turnouts in history. “Voter participation rose from 43 percent in 2014 to 57 percent in 2018 in Georgia, and overall voter registration rose 20 percent during Kemp’s tenure.”  Maybe Abrams just stinks at math and doesn’t understand the turnout numbers.

Ironically, a black Democrat is complaining that African-Americans are too stupid to register to vote, cast provisional ballots, or get picture IDs.  Would you vote for someone who constantly called you stupid?

Abrams does have a solution. She believes in gerrymandering on a racial basis.

BREAKING: I have Stacey Abrams on tape in 2014 plotting post-Census RE-DISTRICTING in 2021 to stop "WHITE" people from governing.

Says "a majority minority population that is governed by a minority WHITE conservative coalition" is "DANGEROUS" ?????https://t.co/uBBW0RPjy5

In May 2020, she announced her belief that illegal aliens should be allowed to vote, saying they are now no longer able to elect anyone who represents them. Abrams said that 50% of the population under the age of 15 is “communities of color.” If they are “removed from the calculation,” a “whiter, more Republican voting base” will be created. But counting illegals will balance out the white vote.

Stacy Abrams lied about not objecting to voter ID and believes election cheating is okay, as long as it is done her way.

Why does anyone take this woman seriously?