It’s Enough To Send Chills Up Your Spine 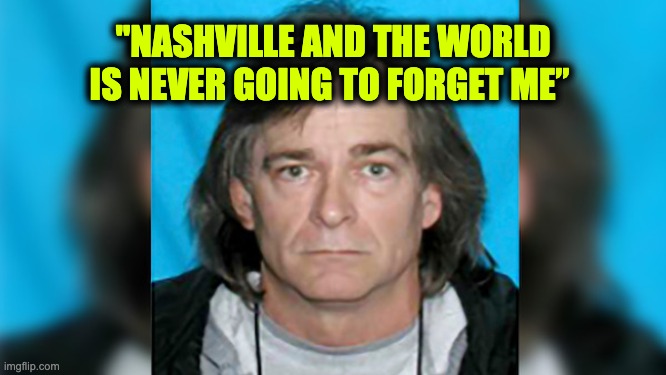 As the nation begins to piece together the troubling story of the Christmas Day suicide bombing in Nashville, Tennessee, police are interviewing anyone that they can who has had contact with the perpetrator. spooky foreshadowing by Nashville bomber

Officials are just beginning to piece together what little they can when it comes to Anthony Warner, the 63-year-old Antioch, Tennessee man who killed himself in an exploding RV just before dawn on Christmas.  The investigation has been difficult, however, as Warner appears to have been somewhat of a loner.

One neighbor has coughed up a startling interaction that they had with the bomber, however, and it’s enough to send chills up the spine.

Nashville suicide bomber Anthony Quinn Warner vowed to a neighbor that the world was “never going to forget” him, it was revealed Monday.

Warner, 63, made the troubling remark less than a week before the Christmas morning bombing when asked by neighbor Rick Laude if Santa Claus was going to bring him something nice, according to the Associated Press.

“Oh, yeah, Nashville and the world is never going to forget me,” Warner said with a smile, Laude recalled Monday to the outlet.

The comment wasn’t alarming to the Laude, given Warner’s reputation as a bit of a homebody.

Laude said he didn’t think much of the comment and simply took it to be hinting at a financial windfall — until Warner was identified as the madman who blew up an RV in downtown Nashville on Christmas morning, killing himself, wounding three others and causing widespread structural damage.

“Nothing about this guy raised any red flags,” Laude said. “He was just quiet.”

Warner’s RV was heard broadcasting a warning to those nearby before the explosion, explicitly stating that the vehicle would explode in what authorities believe was an attempt to minimize casualties. Initial investigations suggest that Warner was trying to harm AT&T because he was paranoid about their 5G service. He thought he’d be “hailed a hero” for targeting a huge AT&T network, according to a report.
Most of this post was first seen at Liberty Hub
Facebook Twitter Flipboard