The SPLC: The ‘Anti-Hate Group’ That’s Actually A Hate Group 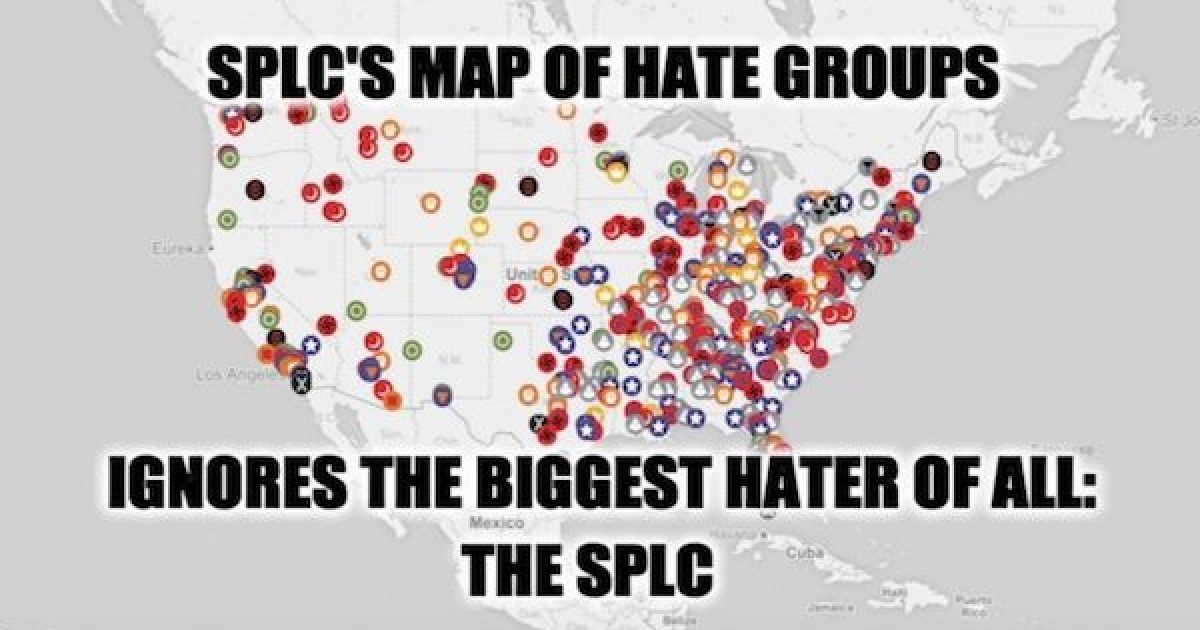 Any long-time reader of TheLid knows what we think of the hypocritical leftists at the Southern Poverty Law Center (SPLC).

The supposedly anti-hate group has been spreading lies, misinformation, and hate for years and in recent days those lies have led directly to violent attacks on conservative organizations like the Family Research Council and the more recent shooting of Rep. Steve Scalise.

The problem is not that the SPLC is anti-hate, we would commend anyone who speaks out against hatred and hateful groups like the KKK, the Black Panthers, Neo-Nazis, Antifa, and the Westboro “Church.”

The problem is that the SPLC targets many groups and people as “haters” who aren’t actually spreading hate but have different political or religious beliefs than the SPLC.  The SPLC thinks that orthodox Christians are “hate-filled” for their belief that gay marriage is a sin. 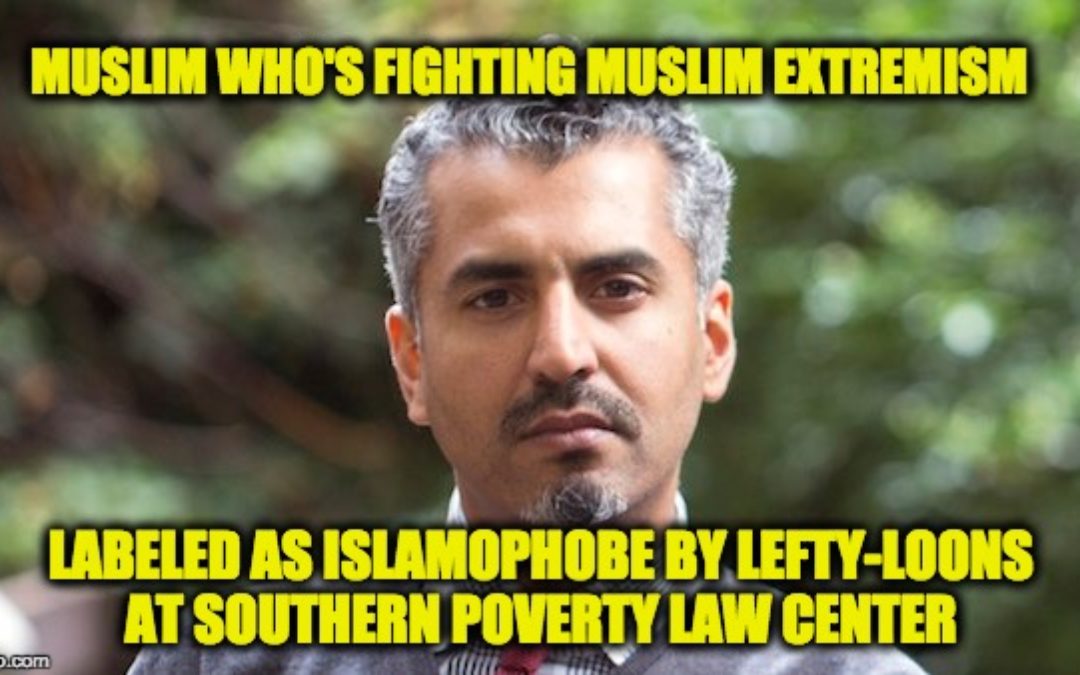 The SPLC thinks that pro-life groups are “hateful” for believing that abortion is murder.

The SPLC thinks that anyone who speaks logically, and rationally about the dangers of Islamic extremism is “Islamophobic” and therefore a hater, even if the speaker is a Muslim who is a reformed Islamic extremist himself.

Maajid Nawaz is a former Muslim extremist who now spends his time fighting against the spread of radical Islam in the West. For his efforts he has been threatened with death by Islamists, and now he’s been slandered as an “Islamophobe” and a hate group by the SPLC .

It’s not difficult to cut through the lies and abuses of the SPLC to see the truth, but thus far the national media has ignored the SPLC’s sins and has continued to pretend that the SPLC is a legitimate anti-hate organization. The folks at Prager University just made it harder for the media to continue ignoring the truth by presenting a thorough and clear argument exposing the SPLC as one of America’s leading propagators of hate.

Watch The video below:

Shutting down people you don’t agree with is about as un-American as you can get.

But free thinking and speech are threatened today by a group with a sweet-sounding name that conceals a nefarious purpose. This group is called the Southern Poverty Law Center, or SPLC.

Originally founded as a civil-rights law firm in 1971, the SPLC reinvented itself in the mid-‘80s as a political attack group. Every year now it produces a new list of people and charities it claims are “extremists” and “haters.”

Aided by glowing coverage from the establishment media, the SPLC’s hate list has become a weapon for taking individuals and groups they disagree with and tarring them with ugly associations.

The SPLC employs a two-pronged strategy:

First,  find a handful of crazies with barely any followers, no address, and no staff, and blow them up into a dangerous movement— proof that there are neo-Nazis lurking everywhere. On their notorious “Hate Map,” the SPLC lists 917 separate hate groups in the U.S.! No one has even heard of more than a handful of them.

The second strategy of the SPLC is to undermine legitimate political voices that they oppose by associating them with extremists like the KKK.

Take the charity known as the Alliance Defending Freedom. The SPLC lists them as a “hate group.” Is that fair? Well, the ADF has a network of 3,000 attorneys from all across the U.S. who’ve donated more than a million volunteer hours in defense of religious liberty. They’ve had a role in 49 victories at the U.S. Supreme Court. Putting the Alliance Defending Freedom on a list with 130 Ku Klux Klan chapters is not only wrong, it’s malicious.

According to the SPLC, one of the most influential social scientists in the U.S.— Charles Murray—is a, quote, “white nationalist.” Ayaan Hirsi Ali, perhaps the most eloquent spokesperson for the rights of Muslim women, is, to the SPLC, a “toxic… anti-Muslim extremist.”

Scores of other individuals and charities active in mainstream conservative or religious causes have likewise been branded by the Southern Poverty Law Center as threats to society.

Mind you, it is entirely fair to disagree with any of those folks. But it is utterly unfair to call them haters or extremists. The largest category listed by the SPLC as extremists—with 623 entries—covers groups like the Tea Party organizations that are wary of centralized government. Last time we checked, favoring smaller government was a mainstream and perfectly honorable American tradition

What is not honorable is the course prescribed by a leader of the SPLC, Mark Potok, who was caught on video proclaiming the organization’s true intentions. He told a group of supporters, quote, “the press will describe us as ‘monitoring hate groups’…. I want to say plainly that our aim in life is to destroy these groups, to completely destroy them.”

Portraying someone with political views different from your own as a public menace is bullying.

And it’s a dangerous game. Instead of reducing hate and violence, the SPLC’s name-calling directly incites it.

In March 2017, Charles Murray was trying to discuss his acclaimed book Coming Apart at Middlebury College when he was violently attacked by protesters inflamed by the SPLC’s labeling of him as a racist. A professor escorting Murray ended up in the hospital.

It’s a vicious irony: while promoting itself as a monitor of “hate groups,” the SPLC has, in practice, become a fomenter of hate.

Yet the group rolls on, bigger than ever. What keeps them going?

For one thing, the establishment media constantly quote them.

Scare stories about right-wing storm-troopers are a sure way to attract eyeballs and fit nicely with the media’s own preconceptions of the “dangerous reactionaries” lurking out there in middle America.

Second, alarmism is a great fundraising technique. Convincing people there are fascists everywhere has turned the SPLC into a cash machine. Last year, the group hustled $50 million dollars out of frightened liberal donors, adding to the $368 million dollars of assets they were already sitting on.

So, the next time you see the Southern Poverty Law Center quoted in the news, just remember: the masterminds behind the SPLC aren’t eliminating hate. They are fueling it.