Soros Prosecutors Are A Menace To Society, From Virginia To New York And Everywhere Else 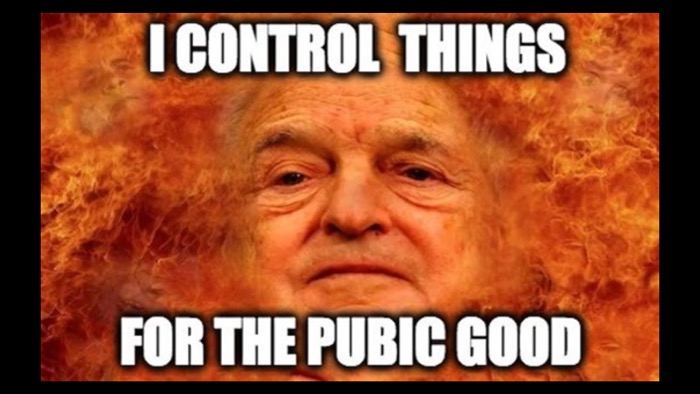 Fairfax Commonwealth Attorney Steve Descano has entered into another plea deal, this time with a shooter who fired into a crowded bar and was facing six felony charges totaling 20 years in prison, according to reporting by the Washington Free Beacon’s Josh Christenson—and it could have disastrous consequences for the victim, and the community, and even the nation.

In 2021, Descano let a man accused of attempted rape go with just five months in another plea deal, and then the man went on a shooting spree in New York City for nine days, killing two homeless men and wounding three others.

Descano is being sued for deprivation of civil rights under federal law by the mother of an 11-year-old rape victim, whose attacker Descano let go on a lesser charge.

And this is just one of the local prosecutors funded by George Soros to push for less sentencing, fewer prosecutions, and more leniency for criminals. And it has ripple effects across state lines.

Thanks to cashless bail, another “reform” by Soros-funded changes to the law, which works in tandem with the lenient prosecutors, in New York, there has been a 3.7 increase in violent crimes in the state since 2018 reported via the FBI’s Uniform Crime Reporting (UCR) Program, as violent crimes increased from 350.8 per 100,000 to 363.8 in 2020.

According to a Times Union analysis of New York crime data, from July 2020 to June 2021, about 4 percent, or almost 3,500, of those 98,145 released under the law went on to commit violent crimes: “there were 3,460 cases in which adults were rearrested on violent felony charges, including 773 with a firearm.”

These included “cases in which adults were released after being charged with offenses for which judges previously could have set bail or ordered them held in custody.”

Even before the law’s implementation in 2020, New York state judges were letting criminals go in 2019, with 25,000 estimated to have been released beforehand, according to PIX 11.

In his campaign for Governor in 2022, U.S. Rep. Lee Zeldin (R-N.Y.) blasted New York State’s cashless bail reforms, enacted in 2020, calling for overhauling it. And with good reason, as the state and city governments were unleashing a crime wave upon their own people. It nearly put Zeldin into the Governor’s mansion in Albany—and in four years, it might again, especially if things don’t improve.

If left unabated, these local changes in policy being effected scores of municipalities throughout the nation and has the potential to increase local crime rates significantly. But they also have the potential to reshape American politics. The Zeldin case shows that, particularly in upscale suburban households on the outskirts of New York City that traditionally had voted Democratic suddenly switched to voting Republican.

The question politically is how much the American people, whether in a deep blue state like New York, or a more purple state like Virginia where a Republican can occasionally win statewide, are willing to put up with before taking action. These Soros prosecutors are a menace to society.