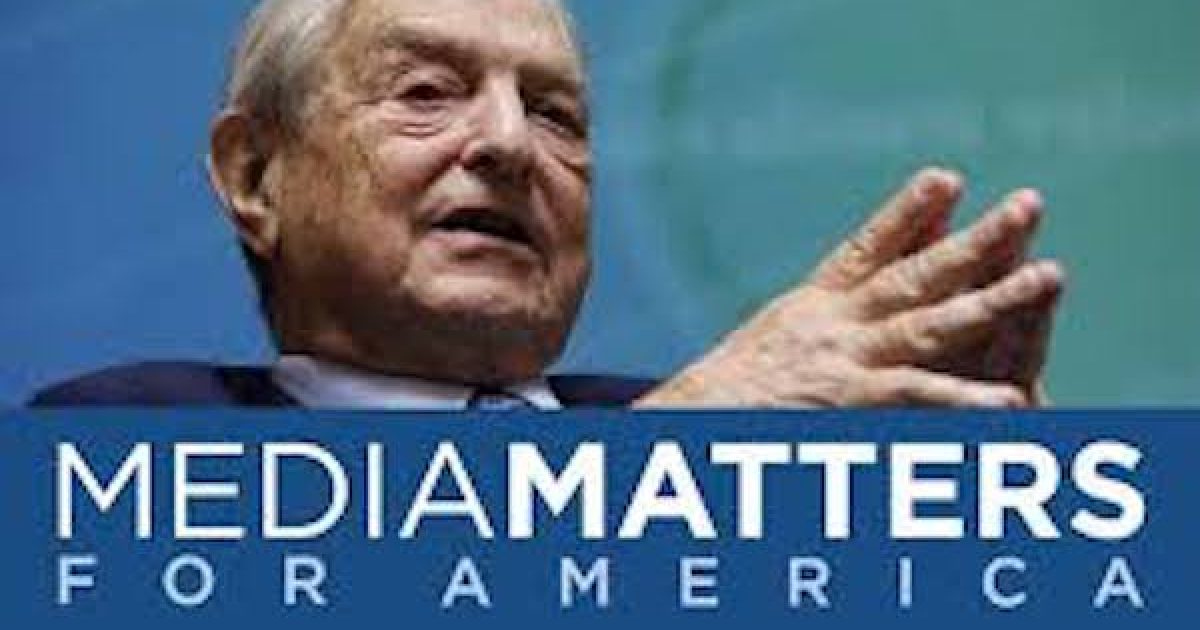 If you’ve ever been censored on social media, the far-left George Soros-funded Media Matters wants you to know that you really weren’t being censored.  The so-called “media watchdog” actually made that claim in an article taking the the Gateway Pundit’s Jim Hoft to task for a social media neutrality panel he conducted earlier this month in Washington, D.C.

Really?  Tell that to the many conservatives who actually have been targeted and censored by social media companies — like PragerU, which has a lawsuit against Google and YouTube for censorship, or Warriors for Christ, a Christian ministry targeted for destruction over its views on the radical gay agenda.

Tell it to the conservative pages targeted by the “world’s most dangerous censor” with false claims of nudity or the many conservatives who have been banned or slapped for questionable reasons.

Maybe Media Matters should explain that to Pam Geller, who has experienced what can only be called Soviet-style censorship of her posts.

Or Jeff Dunetz, the Yidwithlid who Media Matters called an anti-Semite.

Or is it that Media Matters thinks all conservatives are really Russians?

Facebook censorship, by the way, is one of the central themes of “Banned: How Facebook enables militant Islamic jihad,” a book written by yours truly and American-Israeli Adina Kutnicki.

It’s also interesting to note that Media Matters claimed at the beginning of 2017 that it was secretly working with companies like Facebook and Google to stifle voices it disagrees with.

Left-wing advocacy group Media Matters for America has been quietly working with social media giant Facebook to combat what the group describes as “propaganda” and “fake news,” internal documents reveal.

Media Matters told current and prospective donors at a retreat in Florida over the weekend that it has been in discussions with Facebook leadership about their policies on inaccurate and partisan news stories on the website that many liberals blame for political losses last year.

“We’ve been engaging with Facebook leadership behind the scenes to share our expertise and offer input on developing meaningful solutions,” the group said in a briefing book obtained by the Washington Free Beacon at the conference.

“Media Matters will serve as their partner,” the group said of its work with Facebook and other social media companies.

Conservatives have argued in the past that Facebook intentionally marginalizes right-leaning voices, a theory that could be fueled by the social media network’s ties to Media Matters, among the harshest critics of conservative figures and ideas.

Now we know — thanks to videos produced by James O’Keefe’s Project Veritas — that there appears to be deliberate efforts by some within those companies to target and silence voices that fall to the right of center.

Several alternative sites have sprung up as a result of censorship on social media sites like Facebook and Twitter.  Gab.ai, ProAmericaOnly, PatriotSpace and Tea Party Community are just a few.  There’s even one geared for Christians: SocialCross.

If you appreciate independent conservative reports like this, please go here and support us on Patreon.

And if you’re as concerned about online censorship as we are, go here and order this book: