OLYMPIC NIGHTMARE: Athletes in Tears Over Food and Living Conditions

Athletes are risking it all to speak out against the CCP’s abhorrent Olympic accommodations. 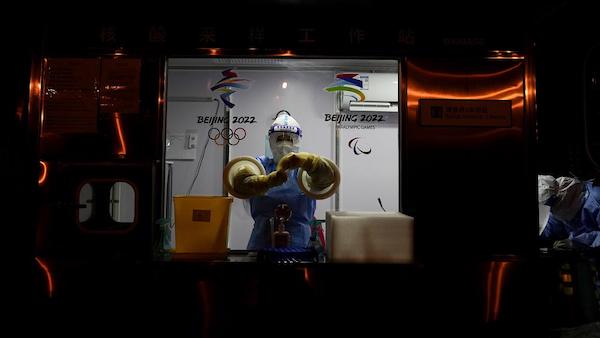 Before the opening ceremonies were even underway, there were vast and potent concerns about the Beijing Olympics.  And unfortunately, at least some of these worries have turned out to be legitimate. some athletes were in tears

As athletes began to descend upon the Chinese capital, they were warned:  Do not speak out against the Chinese Communist Party, or their myriad atrocities against humanity, lest you wish to become a victim of the subject of your activism.

But it wasn’t the literal genocide that had athletes in tears this week…it was their own living conditions.

Complaints from athletes and officials are pouring in about the alleged poor living conditions, dining options, isolating rooms, and debilitating weather conditions, according to social media posts.

“The catering is extremely questionable because really it’s not catering at all. “There are no hot meals,” Schwaiger said, via the Sun.

“There are crisps, some nuts and chocolate, and nothing else. This shows a lack of focus on high-performance sport.”

And it got worse for those testing positive for COVID

Belgian skeleton racer Kim Meylemans broke down in tears in a video she posted to Instagram, explaining how scared and confused she was about the COVID-19 protocols in Beijing.

Meylemans tested positive for the virus when she arrived, and later tested negative. When she thought she was being transported to return to the Olympic Village in Yanqing, she was taken by ambulance to another isolation destination.

Dirk Schimmelpfennig, the head of the German delegation, called the hotel accommodations “unreasonable,” while expressing concern about the isolation conditions for three-time Nordic combined gold medallist Eric Frenzel, who was placed in quarantine after testing positive for COVID-19.

Head coach Jukka Jalonen blasted: “Marko has been with our team for about a week before we came here and he tested negative.”

The issue could soon be exacerbated by Chinese authorities, who have a historically-consistent record of retaliating against those who speak out against them.

Beijing has pushed back on the characterization, with Foreign Ministry spokesperson Zhao Lijian on Monday stressing controls put in place by the organizing committee for the Beijing Games were meant “to reduce the risk of infection as much as possible, and ensure the safe and smooth running of the Games as scheduled,” while safeguarding the health of all those involved and in the host city

Gee “reduce the risk of infection” and “while safeguarding the health.” Don’t you wish they did that before the Wuhan Lab released the COVID scourge upon the world?