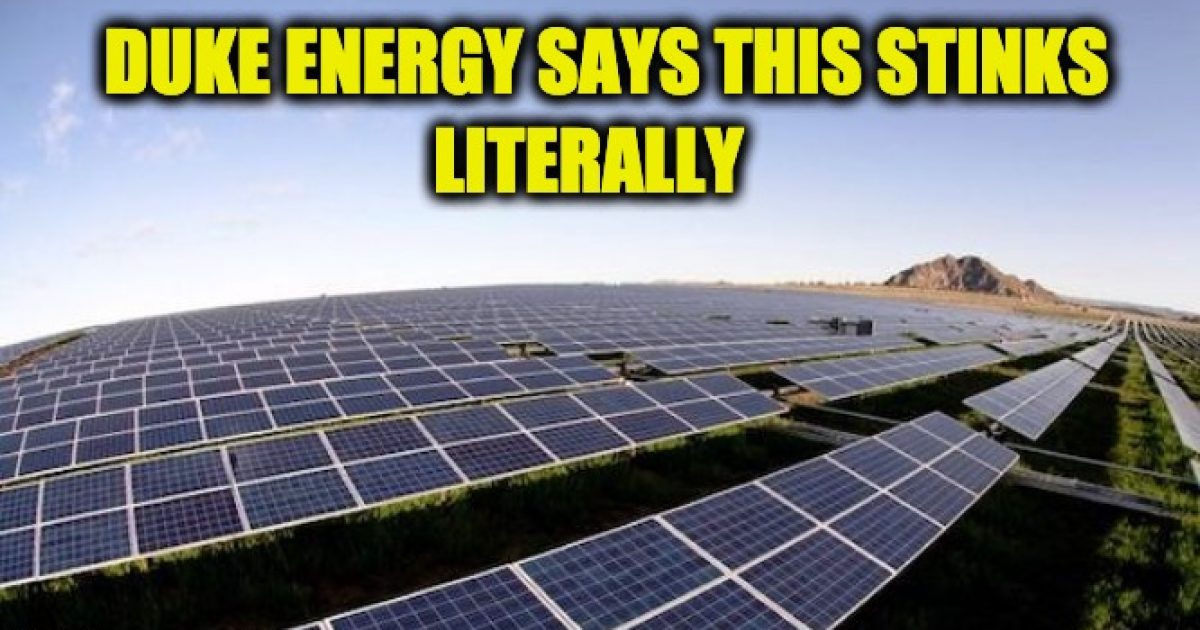 Duke Energy, a North Carolina energy company, has asked for a waiver of the state’s emission standards because their solar power production spews more pollution into the atmosphere than its natural gas production. solar power pollution

Per the North State Journal

A seven-month investigation and numerous public information requests have revealed the move to increase solar power might be leading to an increase in the very emissions alternative energy sources aim to reduce.

Now I am not a meteorologist, nor am I an expert in energy production (neither is Hunter Biden), but something tells me that is not what is supposed to happen.

Under its current permits in the heavily regulated market, Duke must completely shut down the backup combustion turbines when solar peaks under a full sun, then restart them when the sun recedes.

(…)Without any solar power in the mix, “a typical combined cycle combustion turbine emits NOx at approximately 9-11 lb/hr, assuming 24 hours of ‘normal’ operation,” Crawford said. That is equivalent to 264 pounds of NOx emissions daily. When those same plants are operated to supplement solar power facilities, daily emissions more than double to 624 pounds a day, based on a table in Duke’s application.

Or as Scotty, the Cheif Engineer of the USS enterprise might say, “Can’nae take any more, Captain!”

Per The American Lung Association, nitrogen oxide can cause asthma in children and respiratory problems in vulnerable populations. It also contributes to smog and acid rain.

But that’s not the only issue with solar energy. The solar panels soaking up solar energy are acting like bug zappers, frying birds who fly near them. For example

The green energy people must hate birds. A spring 2013 Forbes magazine piece reported the giant wind turbines producing wind energy kill around 600,000 birds annually.  But the number is likely higher. And on top of the birds, the turbines kill bats.

Consider that with the fact Arctic Ice is present multiple months longer than almost any time in the last 8000 years, that there’s been a Rapid Deceleration Of Greenland Ice Sheet Melt Since 2013. When one takes a look at the satellite data, it shows the last time the earth warmed, Bubba Clinton was President.

Therefore along with being unnecessary for a climate crisis, the problems with renewable energy are is just one more example of how the climate hypothesis proponents do not care about the unintended consequences of their international redistribution of income schemes. Their rush into renewable energy is making the atmosphere harder to breathe and killing birds and bats.  Tweety cannot be happy about this, and neither can the Count and  PETA.