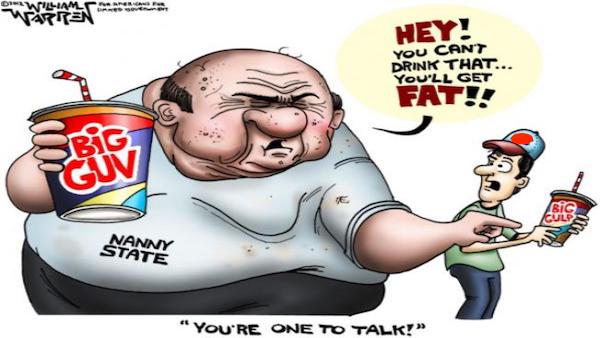 In an effort to suck up to the extreme left, Ed Murray, mayor of the liberal enclave of Seattle, Washington, is planning a soda tax on diet drinks on top of the tax on sugared drinks in an effort to tackle white privilege. Red Alert Politics said Sunday.

Under Murray’s initial plan, announced during his State of the City address in February, distributors of sugary drinks would have paid 2 cents per ounce.

But unlike the initial plan, the new proposal would cover not only sugary drinks but all sweetened beverages, including diet drinks — beverages with noncaloric sweeteners.

For moms it means those drink packs which kid’s drink as often as an addict craves their next fix will also be taxed.

And the reason?  Again, we turn to the Times, which said:

The changes were recommendations that emerged when staff from the mayor’s office and the office of Council member Tim Burgess studied disparate impacts the tax could have on people with low incomes and on people of color, according to Murray [apparently people of color drink more than their share of sweetened drinks].

That work involved conversations with community advocates, public-health professionals and business owners, according to the mayor. After Murray’s initial announcement, some suggested the exclusion of beverages with artificial sweeteners would be unfair because affluent white people tend to consume more diet drinks.

Reason gave a preview of what to expect:

As Reason has reported, Philadelphia’s soda tax—which went into effect in January—has seen price hikes of 30 to 50 percent along with job losses in the beverage industry. Philly.com has reported that one of the city’s largest drink distributors said it will cut 20 percent of its workforce, while an owner of several ShopRite stores said he will cut some 300 jobs.

Similarly situated businesses and residents in Seattle are already pushing back on Murray’s proposed soda tax.

The local Teamsters Union has already come out against it with their Secretary-Treasurer saying that his union “will not support a tax that will put hardworking middle-class Americans out of a job, no matter how well-intentioned the tax may be.”

I don’t know how it works in Seattle, but in some parts of the country like New York and New Jersey, you just don’t mess with the Teamsters unless you want to find yourself buried somewhere in Giant’s Stadium next to Jimmy Hoffa.

Local business owners have pushed back as well. One burger joint in the city put up a sign reading “Hey Mr. Mayor, $5 sodas? Your pop tax sucks!” 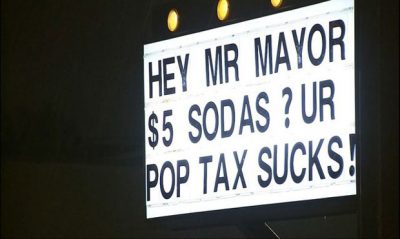 Reason further said that for Murray, it had become “an issue of equity,” a way to tackle “white privileged institutionalized racism.”

The white privilege tax may be a distraction for Murray, who’s facing accusations from four men that he paid for sex and sexually abused them in the 1980s when they were teen boys. A high-profile lawsuit from one of the men filed last month claims that Murray “raped and molested him” over several years, beginning in 1986 when the man was a 15-year-old high-school dropout. Murray has denied the accusations.

Meanwhile, the tax is set to be considered by the Seattle City Council, which, by the way, includes a real-life Socialist (as opposed to the socialists who call themselves Democrats), sometime in June, according to Reason.

When the Mayor announced the tax on the sugared drinks he also gave as a reason the health benefits saying, the tax will create a deterrent, so people will make healthier choices to help cut down on obesity and diabetes. Most conservatives will tell you that  is not government’s job to protect people from themselves. Beyond that  government has no financial interest in telling someone what they can eat.  In fact, the Tax may on sugared drinks will cost Seattle more money. As Jonah Goldberg explained in his book, The Tyranny of Cliches (a must read):

Think about it–nearly every person who dies before they retire saves society money, because that way the government gets to pocket their Social Security and Medicare tax payments without paying anything back
out. Moreover, the older you get, the more medical costs accumulate. From a purely actuarial perspective, all of these people…who claim that our health-care system needs to be reformed because our life
expectancy is too low (its not) miss the point that if we dramatically increased life expectancy in this country we would lose money on the deal, because that would mean dramatically increasing the length of time old people collect retirement benefits and increasing the number of claims they make on the health-care system.

I wonder if the Mayor’s tax proposal is legal per the US Constitution, a document I suspect Seattle Mayor Murray cares very little about.