How Socialism Conflicts With The Jewish High Holidays 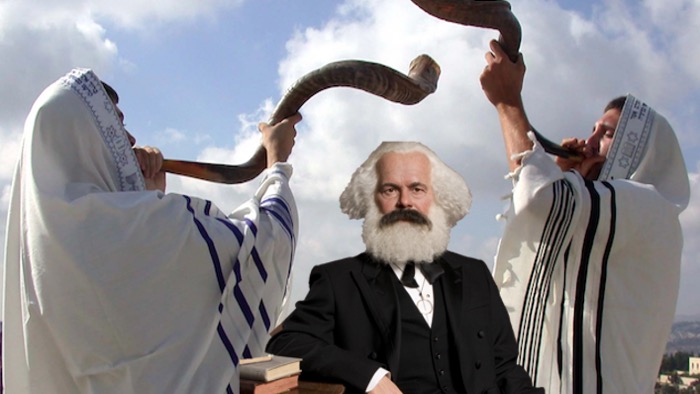 With the setting of the sun on Sunday, September 25th, Jews worldwide will begin the observance known as the High Holidays or the “Yomim Noraim” (Days of Awe). It is a ten-day period book-ended by Rosh HaShanah and Yom Kippur.

In recent years American politics have moved toward the left, even to the point where some politicians such as Senator Bernie Sanders and the “Squad” in the House openly describe themselves as “democratic Socialists.” Ten years ago, branding one’s self with that title would cause the end of their political career.

As the political landscape changes and the High Holidays approach, it makes sense to compare the two and determine if they can work together.

The High Holiday period is all about personal responsibility. All the prayers and readings are just tools to help us look inward and formulate a personal accounting of our deeds over the past year, both good and bad, to understand what we have learned and still need to learn and correct.

The steps a Jewish individual goes through during the Yomim Noraim are contrary to concepts within Socialism.

One thing emphasized during the Days of Awe is that our Maker is not like a massive government that will fix everything for us. Mistakes made to other people first need an approach the people we harmed to request forgiveness and, if necessary, make restitution to them. Then we must discover what led us to behave that way and correct the flaw catalyzing such behavior. Only after those steps can we approach God for absolution. It’s not that God cannot fix everything, but his direct involvement would destroy the delicate balance set up during creation. In other words, the universe works best with a limited government.

In Socialism, a huge government tells us what and when to act. There is minimal personal choice or responsibility. The basic concept of Socialism is that the government controls product production, distribution, and sales. To execute this type of economy which take away so much freedom, a government must have ironclad control of human behavior.

During the High Holidays, Jews are working toward becoming better people via personal introspection and the sacred texts provided by our maker. Socialism directs people to become better people via serving the government.

There is no word in Hebrew matching the English word “sin.” The word used in the Holidays is “chet-” An aharchery term referring to an arrow that “missed the target.” A person who missed the mark is considered to have made a mistake due to a lack of focus, concentration, or skill. The purpose of the High Holidays is for each of us to determine why we missed the mark. The answer cannot come from someone else or a government that directs behavior. It has to come from inside each person.

The Hebrew word commonly translated as repentance, Teshuvah, actually means return, as in returning to the correct path. Its real meaning is much more than just repentance, which is a word implying feeling sorry for your actions that missed the mark. In the Jewish tradition, Teshuvah involves changing what is inside you that led you to go off-course. Jews believe that the Tanach (all the sacred texts) is a guide to the correct course. Socialists believe introspection is not needed because it’s the government providing directions.

To reach the goal of Teshuva, we were given a roadmap that can be found in the Torah, Prophets, Psalms, and other sacred texts. He even gave us coaches (Rabbis). But to truly change ourselves and ultimately change the world, we must discover the best way to read and interpret the roadmap. That is why in Parsha Nitzavim (Devarim chapter 30), it says the Torah is not in heaven “Rather, [this] thing is very close to you; it is in your mouth and your heart so that you can fulfill it.”  In other words, faith and  belief in the sacred texts originates from individual people’s hearts.

The 17th chapter of the book of Shemot (Exodus) describes a war between the Amalekites and the recently freed Children of Israel. During this battle, whenever Moses held his staff over his head, the Israelites would have the advantage. When Moses got tired and had to put the staff down, the Amalekites took advantage. The lesson wasn’t that the raised staff made God help the Israelites, to win the war but the raised stage made them look up toward heaven and have faith in the Lord which strengthened their faith in themselves that they can win.

Soon after the line about baseball (in the big inning), The creation narrative in Genesis explains that man is created in God’s image. With those words, the Torah is not teaching us that we are all dead ringers for the “big guy upstairs.” If that were the case, everyone’s driver’s license would have the same picture. Eyewitness testimony would be useless. We all would have the same DNA forcing Discovery ID and other real-life crime show out of business.

That is why God created a world where both good and evil can operate freely. The Rabbis explained this when they said, “All is in the hands of Heaven except the fear of Heaven” (Talmud, Berachot 33b). In other words, God controls all our options, but it is up to man to pick between good and bad.

Socialism controls the population’s actions. It separates us from the Almighty by removing personal responsibility,  thus denying people to accept that we were “created in God’s image.”

“Years from now, far away, you will pick up the newspaper and read of a Jewish gov’t in the Jewish land, of ministers and budgets. And the paper will fall to the floor; you’ll walk to the mirror, stand at attention, and salute yourself: for it is you who have made it.”

One of the most significant differences between the High Holidays and Socialism centers around creation. We are taught that Rosh HaShanah is the anniversary of the world’s creation. During the Yomim Noraim, we pray to the Lord to help us find the best way to recreate ourselves and avoid the mistakes we’ve made in the past year.

Socialism opposes a belief in the creator of the universe. Karl Marx famously said, “Religion is the opium of the people.” Following Marx’s lead, Socialism wants a government that will supersede God.

In its purest essence, the High Holiday period is the antithesis of the various forms of socialist governments. Jews learn from the “Ten Days of Awe” that each one of us must be honest with ourselves and rely on personal introspection to find the right path. We learn that while God may evaluate our path, the Almighty does not make the decisions for us. The Torah teaches that we should use our hearts and the Tanach to discern the direction to follow.

Socialist governments take free will away; they make the decisions and determine the path we should take, eliminating the need for introspection and removing our ability to find those sparks of God in the world.

The Socialist governments take from their citizens is the greatest joy of all— finding for themselves the path that will draw them closer to God. It is that closeness that helps one decide which is the correct path. And finding that path is what the  High Holidays, The Yomim Noraim are all about.