Hey AOC: If Single-Payer Health Care Is So Awesome, Why Didn’t DEMOCRATS Want It? 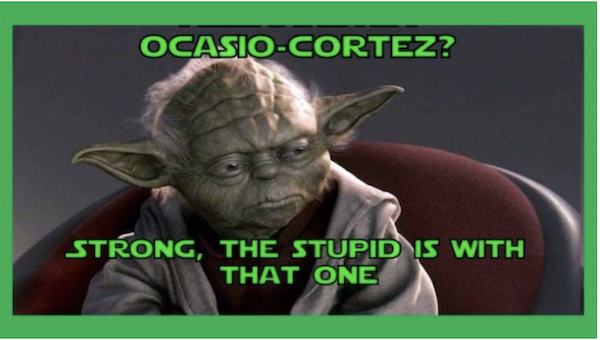 If California is such a solidly Blue state, why aren’t they voting for one of the left’s favorite pet projects?

Obama is still hailed as a hero by the left for passing Obamacare, despite the negative baggage that goes with it. It’s pretty apparent that it was intended as the first of a series of steps in the direction of single-payer health care.

One might think that if government-run health care really is the holy grail the left touts it to be, they would be pushing that next step in the process at breakneck speeds.

In places like California, where they can’t bury the cost of such a project in the budget of a combined 50 states, where they are faced with living in a world of hard choices and trade-offs instead of funding it with a mythical someone else‘s money, single-payer health care wasn’t precisely the slam dunk they thought it might be.

Lawmakers declined to vote on a high-profile effort to overhaul California’s healthcare system on Monday, putting an end to a proposal that would have guaranteed medical coverage to every resident by levying billions in new taxes.

Assembly Bill 1400 by Assemblyman Ash Kalra (D-San Jose) did not have the necessary votes to move forward ahead of a key deadline Monday. Instead of forcing a vote that could be politically damaging for some of his Democratic colleagues, Kalra opted to let the bill die, angering the California Nurses Assn. that has championed single-payer for years.

…It’s the second time in the last five years that a single-payer bill has died in the Assembly. In 2017, a Senate bill to create a single-payer plan was shelved by Assembly Speaker Anthony Rendon (D-Lakewood), who called that proposal “woefully incomplete.” Rendon’s decision at the time angered the nurses’ union, which said failing to put it up for a vote was “a cowardly act.”

On Monday, Rendon said the shortage of votes for AB 1400 shows how difficult it is to implement single-payer healthcare in the state.

Did you happen to catch the weasel words there? ‘Instead of forcing a vote that could be politically damaging for some of his Democratic colleagues…. ‘

This is one reason that AOC (D-NY) is a more honest adversary than many so-called ‘moderate’ politicians. She, and her squad of political hitmen, would have fought and died on that hill rather than fold like a cheap suit so that they could be better positioned for re-election.

These clowns hide their real intentions because acting on their election promises in line with their stated priorities might hurt them in the polls and come between them and their precious re-election. And our side of the aisle has more than our share of these clowns too.

What good is being re-elected (or elected in the first place) if you’re not standing by any of the fundamental principles that voters picked you to represent?