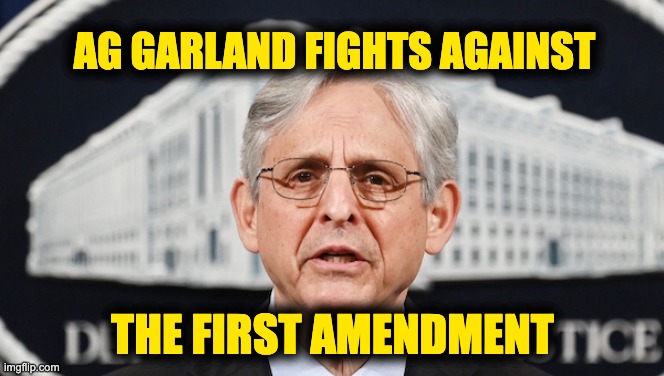 “Once a government is committed to the principle of silencing the voice of opposition, it has only one way to go, and that is down the path of increasingly repressive measures until it becomes a source of terror to all its citizens and creates a country where everyone lives in fear.”  Harry S. Truman 33rd President of the United States  silence parents free speech

Missouri Attorney General Eric Schmitt this week sent a letter to the Department of Justice and Attorney General Garland slamming their decision to publish a memo that directs the Federal Bureau of Investigation and Department of Justice to work with federal prosecutors to investigate and potentially prosecute parents who show up to school board meetings to advocate for their children.

“Biden’s Department of Justice is weaponizing its resources against parents who dare to advocate for their children. This dangerous federal overreach imposes a chilling effect on free speech by criminalizing dissent. I will always advocate for parents and will continue to push back against unprecedented federal overreach,” said Attorney General Schmitt.

The letter begins with, “Yesterday, you directed the FBI, all U.S. Attorneys, and other members of the Justice Department to investigate and prosecute parents as domestic terrorists for daring to advocate for their kids. This is outrageous and an unconstitutional expansion of federal power. I will stand up for parents and fight any attempts by the Biden Administration to silence them.”

The letter notes, “First, the federal government does not have jurisdiction over local school issues… Second, your directive appears designed to have a chilling effect on speech. Your directive makes only a passing reference to the freedom of speech protected by the First Amendment. But the First Amendment gives parents the right to voice their opinion to elected officials, particularly when it comes to their kids’ education.”

The letter concludes with, “As elected officials, school board members are directly accountable to the voters – parents – they represent. School boards are designed to receive and reflect parent input. Board meetings are supposed to be open to the public with the opportunity for public comment by parents. But now that parents are opposing harmful decisions made by school boards, school boards want to treat parents as domestic terrorists. That is wrong.” 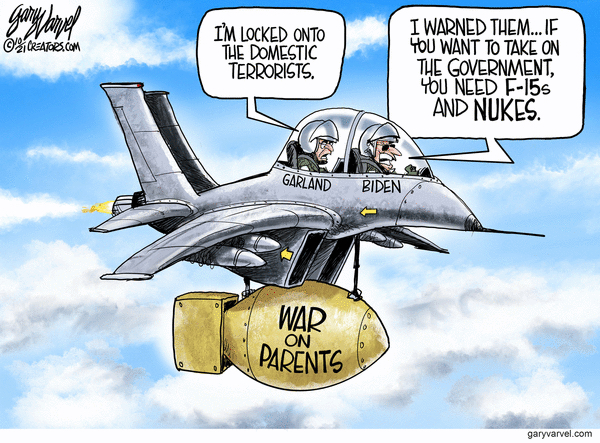 According to the Daily Caller News Foundation, Schmitt is not the only Republican attorney general vowing to protect the First Amendment rights of parents.

“Parents have a right to be involved in their children’s educational interests and should not be silenced. I urge General Garland to allow political speech to flourish and give local governments and local law enforcement room to handle these matters,” Mississippi Attorney General Lynn Fitch said in a statement released to the Daily Caller News Foundation.

“Public debate at a school board meeting is a vital exercise of basic First Amendment rights at the local level. What happens in public schools is critical to shaping our nation’s young people, and parents have a constitutional right to address those matters publicly,” a statement from Nebraska Attorney General Doug Pederson provided to the Daily Caller News Foundation read.

One state attorney general accused the Biden administration of using the Justice Department to force critical race theory into education.

“The Biden Administration continues to politicize the DOJ, ignore the rule of law, and undermine state sovereignty. This is the latest shameful attempt to force Critical Race Theory upon our impressionable children, against the will of their parents. We will not tolerate this gross federal overreach and intimidation of Arizona families,” Arizona Attorney General Mark Brnovich told the Daily Caller News Foundation in a statement provided via a spokeswoman.

“Arizona parents are rightly concerned and outraged by CRT being induced upon our schools and children. As a father of two daughters myself, I am encouraged that thousands of parents have awakened to this infestation of our children’s minds and are standing up to school boards and university systems to stop this curriculum,” Brnovich added in a letter sent to Garland obtained by the Daily Caller News Foundation.

Brnovich also disputed the claim of a rash of threats to local school officials.

“The vast majority of parents are protesting in accordance with their protected constitutional rights; the few who cross the lines into violence are appropriately dealt with by local law enforcement and existing laws,” Brnovich went on to say.

Americans for Limited Government President Rick Manning urges parents not to be intimated by the Biden Justice Department. “They want us all to shut up and sit down,” Manning said. “If we do that, we have lost of freedom. Liberty matters. We must fight this big-government attempt to silence us with everything we’ve got. We urge you to contact your school board members and express your opposition to not only the teaching of Critical Race Theory but any doctrines you disagree with.”

The Biden administration’s announcement came a few days after the National School Board Association wrote a letter to Biden, where he asked his administration and federal law enforcement agencies to assist school boards, which the group said has seen an increase in violent threats in response to COVID-19 restrictions and critical race theory curriculum.