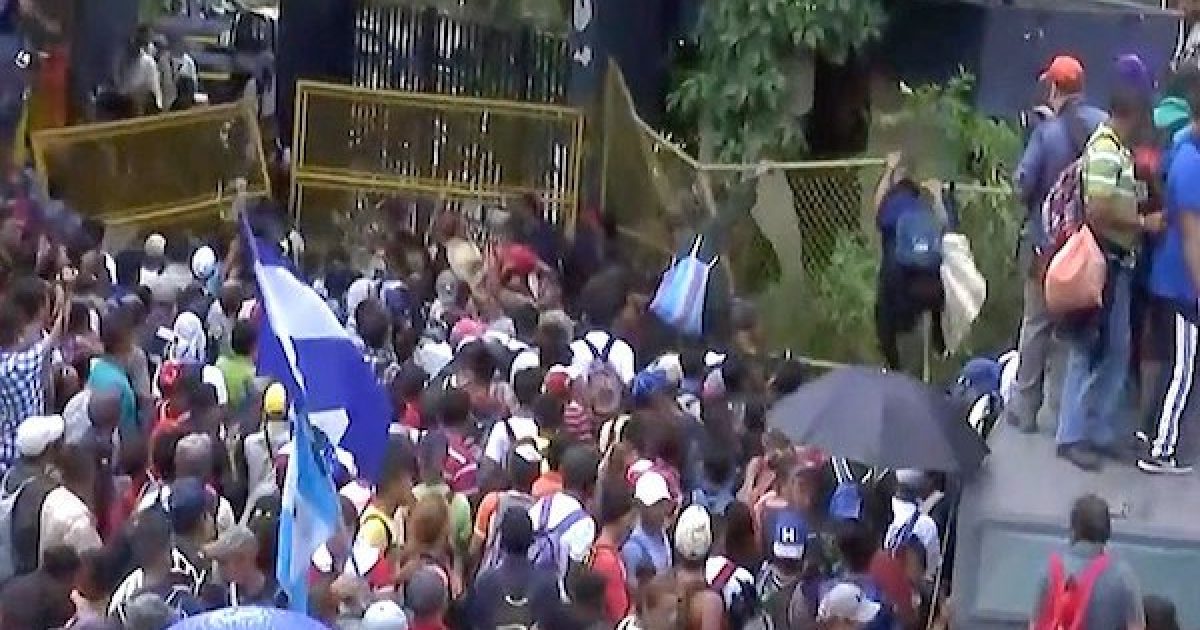 President Trump issued a threat on Thanksgiving day to shut down the entire border with Mexico if the migrant situation gets out of control.

“If we find that it gets to a level where we’re going to lose control or people are going to start getting hurt, we will close entry into the country for a period of time until we can get it under control.”

JUST IN: Trump threatens to close the “whole border” with Mexico https://t.co/j8JApmWL7j pic.twitter.com/T47xyX25ci

President Trump on Thursday threatened to close off the southern border, telling reporters that he would “close entry into the country” if immigration gets “uncontrollable.”

“If we find that it gets to a level where we’re going to lose control or people are going to start getting hurt, we will close entry into the country for a period of time until we can get it under control,” he said.

Trump added that he meant the “whole border,” though he appeared to be referring only to the southern border.

“We’re either going to have a border or we’re not,” he said, adding that Mexico wouldn’t “be able to sell their cars” into the U.S.

Trump also claimed that the U.S. closed the border earlier this week, though it was unclear what he was referring to.” More

Here is a novel idea. How about we enforce the laws already on the books? Close the border and let them enter legally like my ancestors had to. This president has said and done way more than the one before him. It’s sad the amount of ignorance that blinds many people. It’s unfortunate that people have no respect for the morals of which our country was founded on.

While you’re at it Mr. President, go ahead and shut down the entire Federal Government until sufficient funds are appropriated for the border wall.

Ignore this garbage. He’s trying to create a “national emergency” that isn’t real. Seriously, the only way to take the air out of this buffoon’s blustering is to ignore him, and his petty little distractions. Focus on what terrifies him: Truth and Robert Mueller.

Tell you what Cassidy, let them all in as long as they move into your house without asking permission. The only thing this president is terrified of is not meeting his obligation to protect the people of the United States.

Always so gracious; always has the right thing to say. Oh, wait, I meant, “NEVER.”

One of the reasons he was elected was he says whatever is on his mind. BTW, Mike, did you know the First Amendment applies to presidents also?

DJT can’t even give it us a break for the holiday. He’ll never be the president for all American people.

That’s true–he is only the president for those who are here LEGALLY. He can’t be president of the illegals because they don’t belong in the U.S.

Every tweet, comment shows he is that much closer to a total breakdown….walls are closing in faster and faster…

Actually, with every tweet, comment liberals seem closer to a total breakdown. About the walls are closing in: 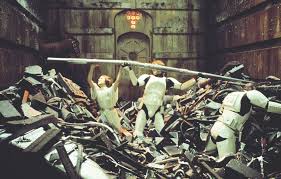 Or are you talking about the scene from the old Batman TV Show? 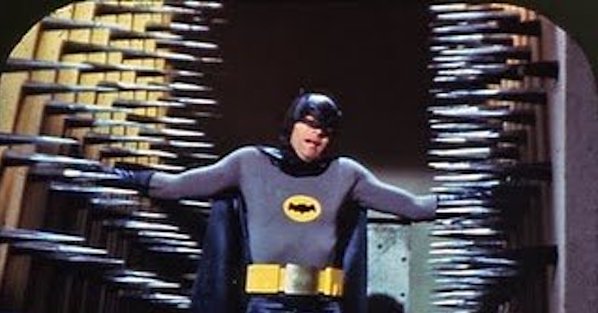 Personally, I believe if the walls ever really start to close in the secret service would stop it….or at the very least Jim Acosta would be shouting at the president, “Mr. President, why do you hate walls?”

Does he mean those cars that are manufactured in Mexico but have American names like Ford and Chevy? Sure that won’t affect the American economy at all.

It won’t? You ever hear of something called JOBS? When American automakers move production to other countries, they move the jobs also.

Trump needs to be locked up.

Sam don’t say that! The media HATES when people suggest that others should be locked up, remember the chants about crooked Hillary?

Those migrants are much less of a threat than Trump and the other evil climate crisis denying liars in the government. Those traitors to all of humanity are a war on our children. Even the economic collapse of Honduras was caused by a hurricane larger than ever before there.

Mark, stop denying the science! The earth hasn’t warmed in almost 20 years, and scientists say there is no relationship between hurricanes and the unproven climate change theory.

Attacks the free press, the judiciary, wants prosecution of political rivals, condones brutal repression and assassination, stuffs his cabinet with proven corrupt men and women, surrounds himself with family, brags and lies every day… Anyone else see a wannabe Dictator?

Clarence, are you saying that they are allowed to attack Trump, but the POTUS can’t attack back? Were you angry at JFK for making his brother AG? Bubba for using Hillary to lead his healthcare effort? Bragging is bad? You preferred it when Obama apologized for America or called anyone who disagreed with him racist? I agree with you about brutal repression and assassination, Obama should have never sucked up to Iran, nor should he have blamed Israel when there were Palestinian terror attacks.

Allow me to make a suggestion Clarence, think before you tweet. Because if you don’t the next time a bell rings you may not get your wings. 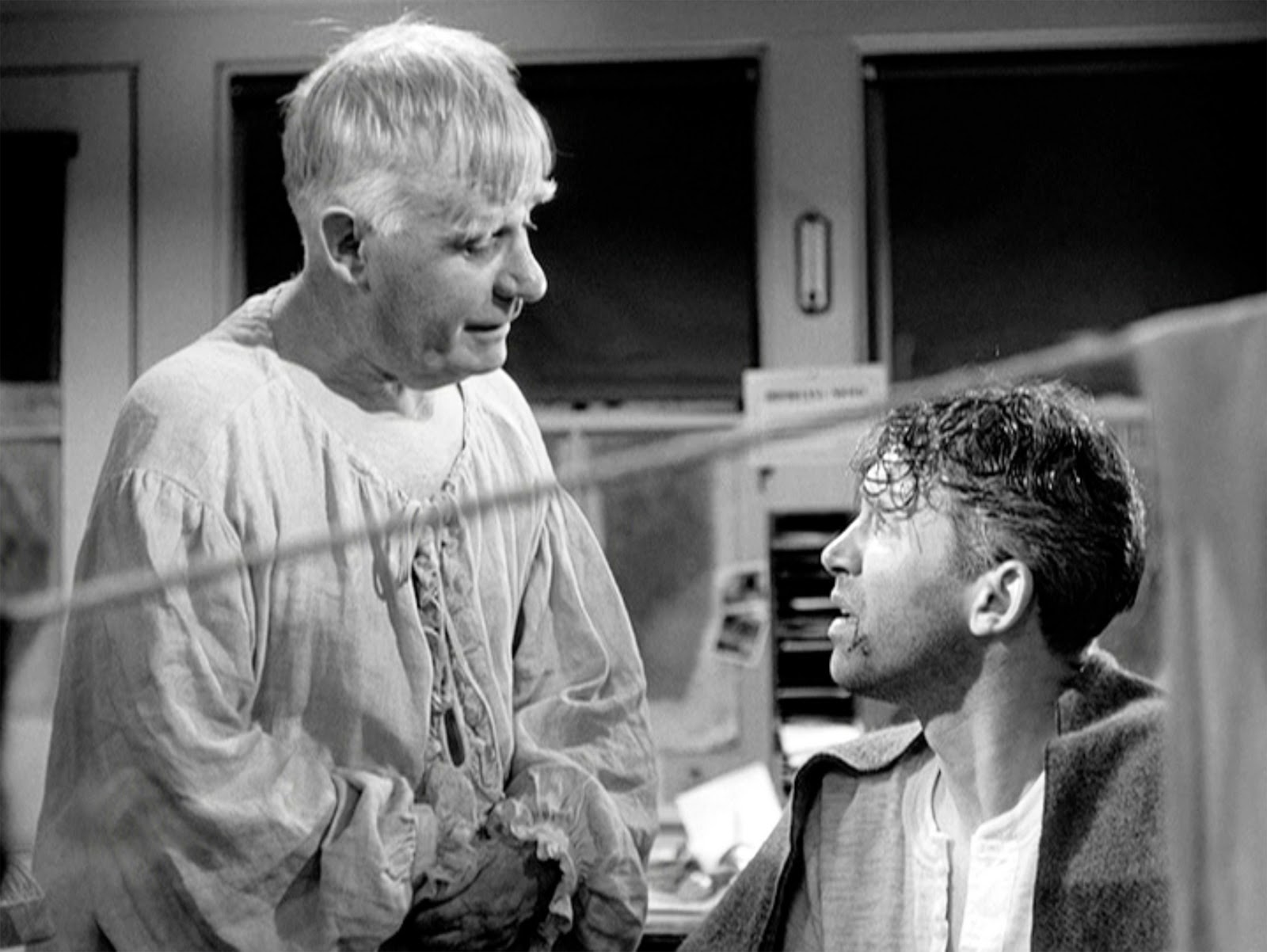 Parts of this post were originally seen at GodFather Politics