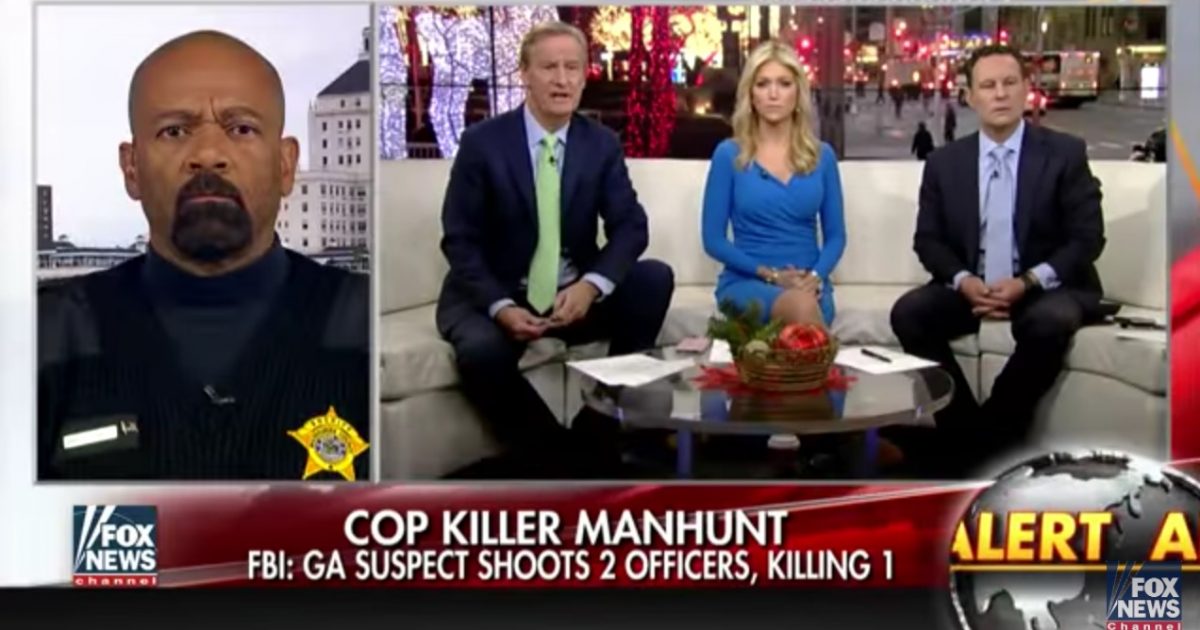 Maricopa County, Arizona Sheriff Joe Arpaio recently lost his reelection bid, meaning his time as “America’s Sheriff” will soon be coming to an end. Actually it ended a log time ago. While we’re sad the good folks in Maricopa County decided to retire Sheriff Arpaio, we’re not worried about who might be next to take the mantle, because we think he’s already on the job, and has been for a long time.

Milwaukee County Sheriff David Clarke has become the new “thorn in the flesh” for liberal, anti-justice America. Where Sheriff Arpaio focused his efforts on the scourge of illegal immigration (and the crime that grows out of it), Sheriff Clarke has focused more on the plague of left-wing anti-law enforcement violence that has befallen our nation during the Obama era. From Portland, to New York City, from Ferguson to Milwaukee and over to Charlotte, the liberal professional race baiters and agitators have spent the last five or six years stirring up violence and strife wherever they could. Now, Sheriff Clarke is fighting back in an effort to stem the tide of violence.

Sheriff Clarke recently appeared on Fox News’ Fox & Friends to denounce the liberal media’s attempt to discredit conservative media by calling them “fake news.” Sheriff Clarke argued that the “fake news” trend was created and cultivated by the mainstream media, and it all began with the “Hands Up, Don’t Shoot” narrative.

“Fake news” was born in August 2014 in Ferguson MO. when @MSNBC @nytimes @washingtonpost @CNN all propagated the Hands up, Don’t shoot lie. pic.twitter.com/O2cjpm63GQ

“It’s the anniversary of that fateful summer night in August of 2014 that started with the ‘hands up, don’t shoot’ lie that was propagated by every mainstream liberal media across this country. The New York Times, The Washington Post, the LA Times, the Chicago Tribune, CNN, MSNBC all propagated that ‘hands up, don’t shoot’ lie. It was from that time forward that this concept of fake news was talked about.”

.@SheriffClarke: ‘Fake news’ started in Ferguson when MSNBC, NYTimes and the Washington Post all propagated the ‘Hands up, Don’t shoot’ lie pic.twitter.com/8grLfJeiVy

Sheriff Clarke is spot on, of course, but he didn’t stop there. He also argued that the government had to do more to protect our law enforcement from the violent criminals who would do them harm. Clarke told the Fox & Friends crew that anyone who kills a police officer (across the USA) should face the death penalty.

Sheriff Clarke Has Strong Opinion On Cops… by dgraphics2009

What do you think about what Sheriff Clarke had to say on Fox & Friends? Is he right about the media and about how we should deal with cop killers?