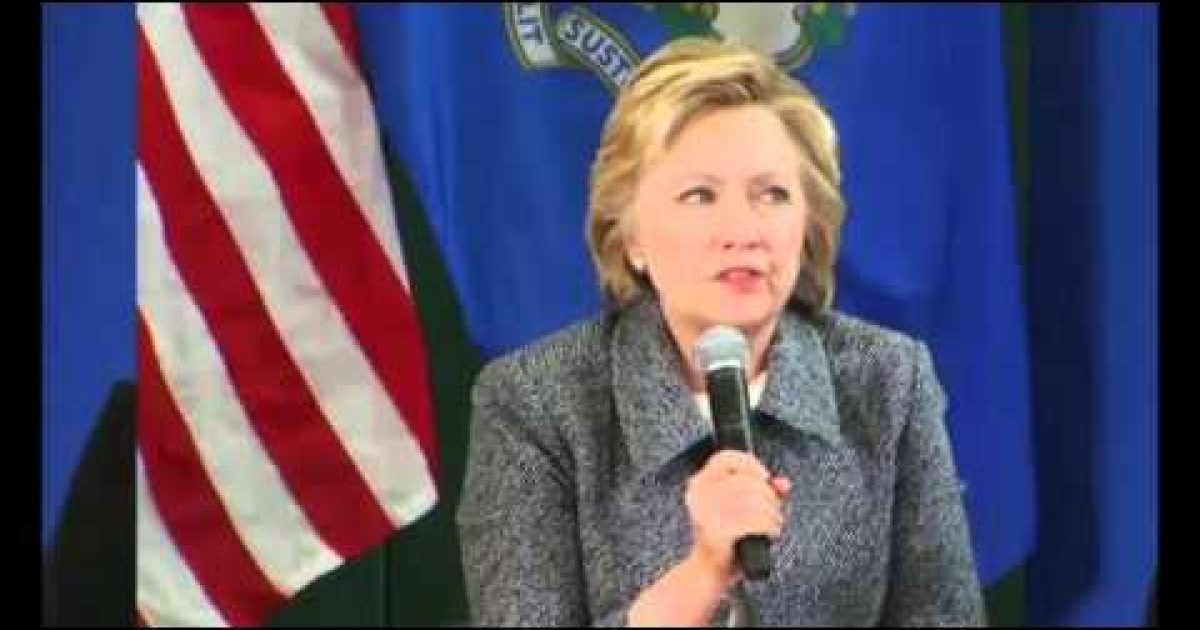 Sheriff David Clarke may soon win the moniker of “America’s Sheriff” away from Sheriff Joe Arpaio if he continues spinning these gems.

Earlier this week during a campaign stop in Connecticut, Clinton was attempting to connect with a voter who discussed his violence-filled past when she said some pretty ridiculous things.

It was to this outlandish commentary that Sheriff Clarke responded, and responded in epic fashion.

“I’m still trying to get my head around this. Joining gang is like joining a family. Mrs. Bill Clinton is totally disconnected from life in the black community. She has such a misperception about our intelligence level. She thinks we’re some lower form of intelligence to think because we don’t have family experience we should join a gang. That is preposterous. Why didn’t she say make better lifestyle choices? If you want to join something, why don’t you join a church? Why don’t you join the Boy Scouts or the Girl Scouts? How about the boys clubs and girls clubs?

Man, I love hearing Sheriff Clarke rip into ridiculous liberal commentary. I hope that he continues to speak up loudly, assertively, and authoritatively about the important issues facing our country today. He is a voice of reason who has real experience, not just in the political/philosophical arena, but also in the real world. As a sheriff he is constantly interacting with these issues every single day, and he is actively participating in solving these problems at the local level. We need Sheriff Clarke and more leaders like him, standing up, speaking out, and leading us in the fight against destructive liberal policies and philosophies.