Sharpton Got $1 Million In Pay From His Charity 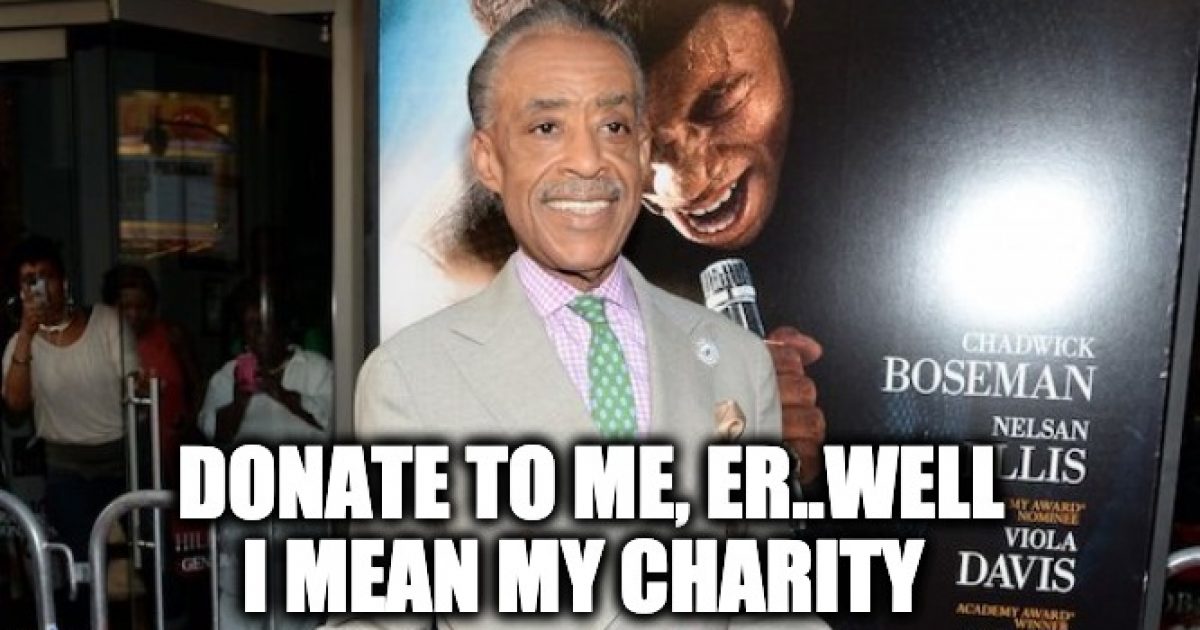 Apparently, the purpose of the National Action Network (NAN), the charity run by Al Sharpton, is to enrich Al Sharpton. Last year he received $1,046,948 from the charity according to tax filings obtained by the NY Post.

NAN said it hired an executive compensation firm that determined the good reverend was owed $1.252 million — but he was generously willing to take $500,000 less.

Sharpton and the nonprofit’s board also agreed “he has now been fully compensated for all the years he was underpaid and received no bonus,” the NAN statement said.

Generous? Sure, maybe he just wanted his salary to look lower when NAN and Sharpton owed the IRS $4.5 million.

Sharpton has been paying down millions in his own personal federal and state tax liens. In June, he finally paid off his personal tax debt to the state, which last year stood at $95,031.21. He still owes $698,470.99 in back taxes for three of his companies, according to the state Tax Department.

2018 wasn’t the first year the professional bigot enriched himself from his non-profit NAN,

He certainly wasn’t coveting his neighbor’s paycheck in 2017, when his NAN salary came to $244,661, or the year before, when he was paid $250,000 plus a $437,555 bonus. NAN justified the bonus at the time saying it was designed to make up for a lack of full compensation, including no retirement or benefits packages over the years.

The nonprofit also noted in 2016 that Sharpton’s average yearly pay of $283,543 from 2007 through 2016 fell within the competitive range of those who held similar positions.

It is no surprise after supposedly helping her family after her father’s death, Eric Garner’s daughter said Sharpton was all about the money. A January 2015 report explained that he gets extortion money from corporations so he won’t call them racist. 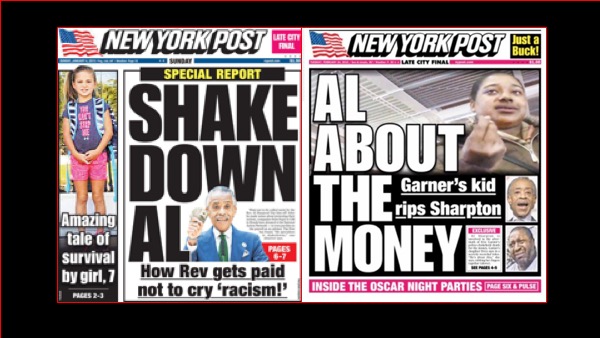 And all that pay described above doesn’t include the fact that in 2018 Sharpton sold the rights to his life story to NAN for $531K, and he claims the charity sold his rights to a film company to make a documentary about his life.

” National Action Network is one of the leading civil rights organizations in the Nation with chapters throughout the entire United States. Founded in 1991 by Reverend Al Sharpton, NAN works within the spirit and tradition of Dr. Martin Luther King, Jr. to promote a modern civil rights agenda that includes the fight for one standard of justice, decency and equal opportunities for all people regardless of race, religion, ethnicity, citizenship, criminal record, economic status, gender, gender expression, or sexuality.”

That’s the total opposite of their leader Al Sharpton whose career has shown him to be a  racist, homophobe, misogynist, and anti-Semite.

When asked about his salary by the Post, Sharpton said ““It’s a six-day-a-week job and several hours a day and when [the compensation firm] compared it to other companies, other non-profits, that’s the salary that they would get,” And he’s right. Being a professional bigot, dividing the country, and hating women, gays, Jews, and cops is a tough job. Especially for a “Reverend” who ignores the 9th commandment about not bearing false witness.