A Video Record Of The Al Sharpton-Led Crown Heights Pogrom 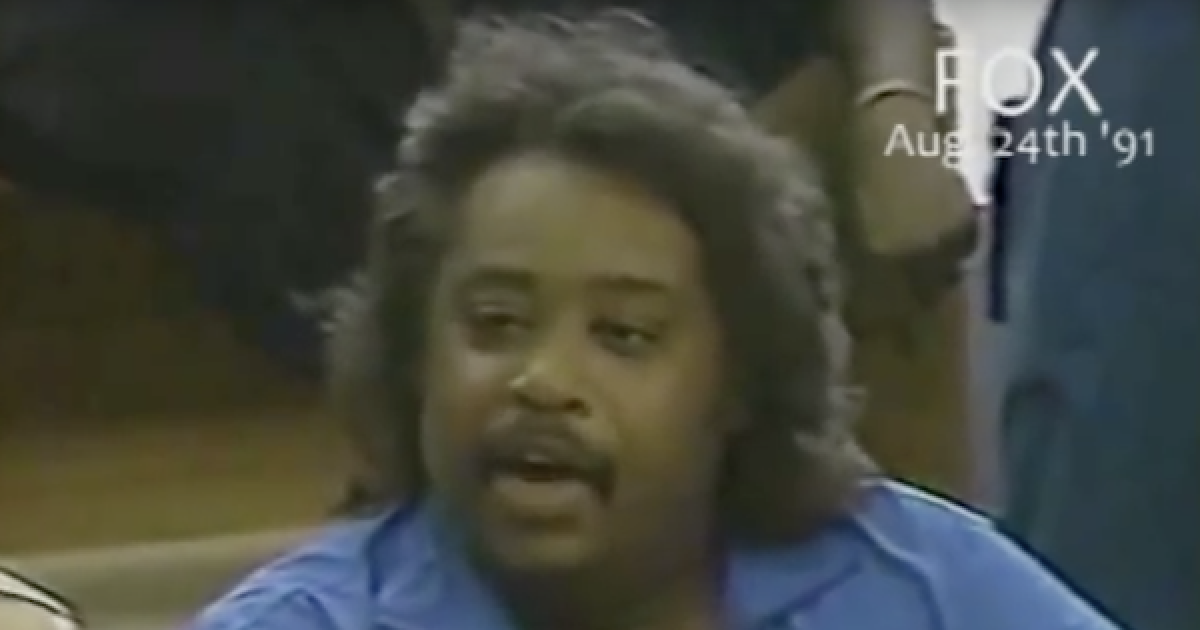 Sunday 8/19 is the twenty-seventh anniversary of what began as a tragic car accident in Crown Heights Brooklyn that Al Sharpton escalated into a full-blown pogrom against the Jews. Through this day the MSM incorrectly calls the Crown Heights Riot, “racial violence.”

The media protects Sharpton by giving it a politically correct label “racial violence between the area’s Blacks and Jews.” However, the violence was not two-sided and was not racial. The Crown Heights riot was an attack on “whites” by the neighborhood’s Caribbean community, it was an anti-Semitic attack on Jews fueled in large part by Al Sharpton, the “Reverend” who does not believe in the 9th commandment about “bearing false witness.”

I discovered these five videos below, a compilation of the local TV news coverage of the Crown Heights pogrom  (actually there were supposed to be six but the last one couldn’t be found).

In viewing the five films it became stunningly clear that this incident started as a tragedy, mismanaged by inept politicians, and an agitator from outside the community inflamed the violence in Crown Heights. Just as he does to this very day with other incidents,  Al Sharpton called for arrests before the facts were revealed, complained that the media was only showing the violence, and in turn, they protected Sharpton from being revealed as the charlatan he is.

Video 1: The Tragedy.  BTW notice how the local politicians immediately took sides without waiting for evidence. In this case, the politician was disputing the Rabbi’s account of the police directing the ambulance to take care of the Jewish driver. The Rabbi’s account turned out to be true.

Part 3: More of the 3rd night’s violence. City leaders get booed by the Black community. Pictures of stores damaged an looted. Al Sharpton demands the arrest of the driver, without any facts.  Cops were beaten up and mocked. Claims that the violent protesters come from outside of the community. The chants of the now familiar “no justice, no peace.” This time the accusations were not– too much police action, but the Jews were complaining that there was not enough police action.

Part 4: The Fourth night of the riots. Police show force. Both blacks and Jews complain that media is showing too much of the violence. It’s true.  There were protests during press conferences.  Also strange is that there was mention of Al Sharpton protests but little coverage of Al Sharpton’s incitement during protests. For example, the news from this day reported the Sharpton rally marchers proceeded through Crown Heights, carrying anti-Semitic signs and an Israeli flag was burned. The MSM was protecting Sharpton even then.  Interestingly there was a discussion of how community pressure might affect whether or not there would be a prosecution.

I’m really disappointed the 6th tape does not exist because it had clips of Gavin Cato’s funeral which was dominated by Al Sharpton’s eulogy. At the funeral, the “civil rights leader” loved by Senate Minority Leader Chuck Schumer let loose with anti-Semitic vitriol.

The below is from the book “Crown Heights Blacks, Jews, and the 1991 Brooklyn Riot by Edward Shapiro” (presently out of print). Read to see the anti-Semitic venom coming from this friend of Obama, Hillary, and other liberal Democrats. 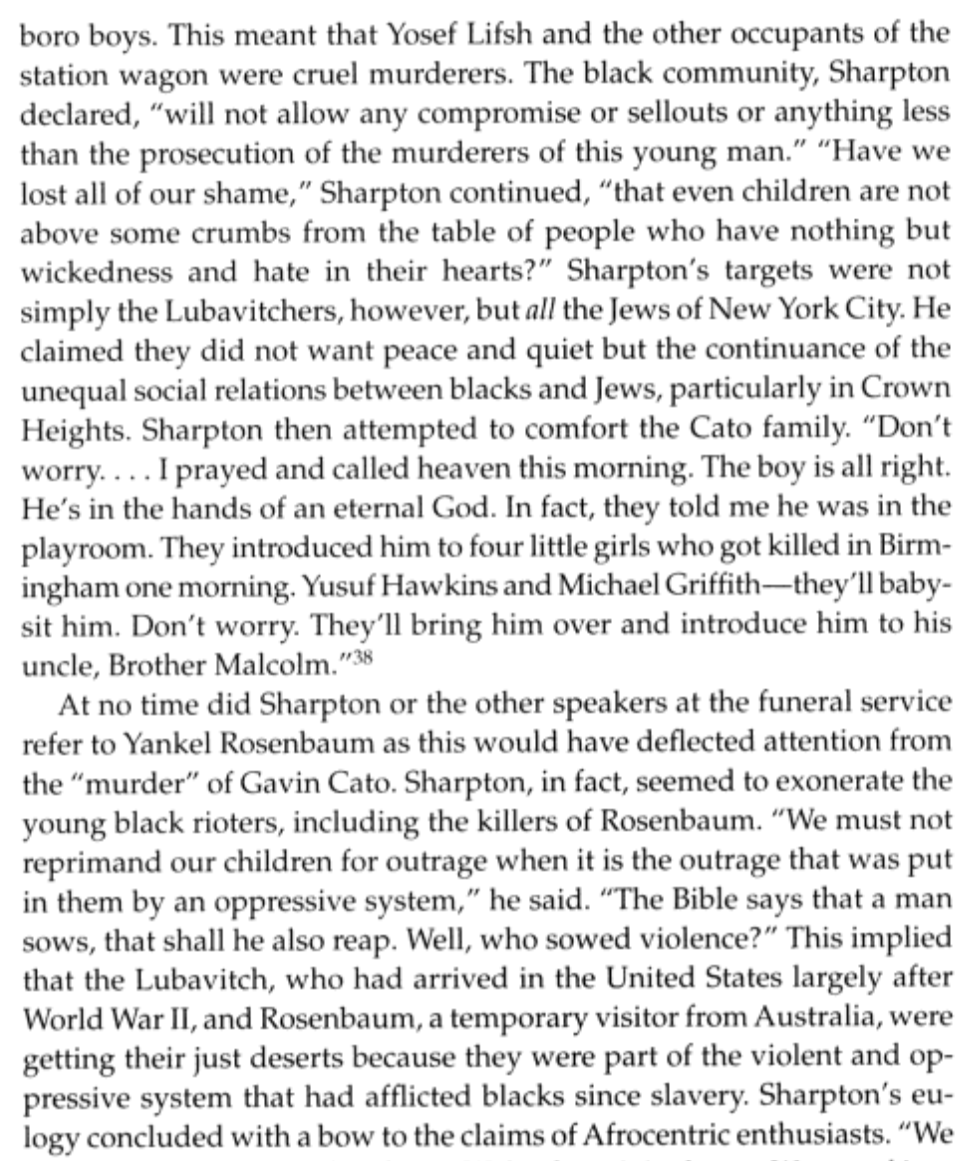 For the full story of the Crown Heights Pogrom please click here.