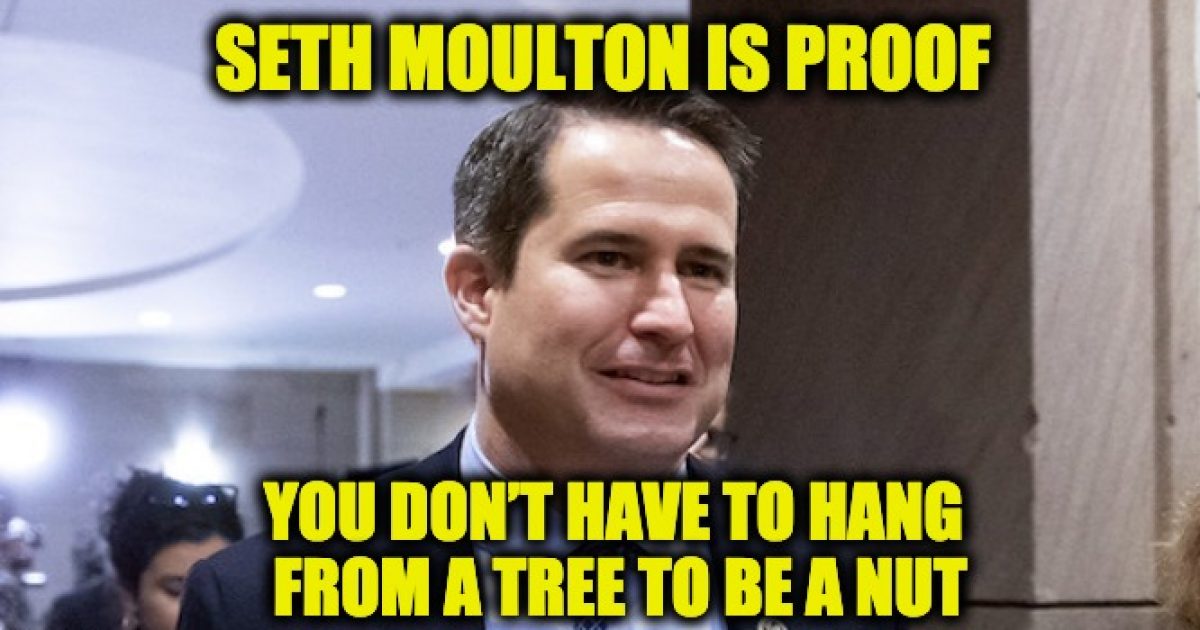 Somebody has zero name recognition and is desperate to stand out from the other 23 candidates in the Democratic Party clown car.

Seth Moulton, one of many 2020 Democratic candidates for president, expressed his opposition to the Hyde Amendment during an appearance on CNN. The Hyde Amendment bars using federal funds for abortions except in cases of rape, incest, or to save the life of the mother. Of course, that doesn’t stop the federal government from giving money to Planned Parenthood (they claim they don’t spend the money on abortions-but even if it is used for other things, it frees up funds for them to pay for abortion with other funds).

Moulton was part of the party outrage that blasted fellow candidate and SCHMOTUS, Joe Biden for his initial support of the Hyde Amendment. Biden succumbed to the pressure and eventually dropped the stance he held for four decades and flip-flopped – twenty-four hours after reaffirming his decades-long support.

Putting that aside, Moulton used a questionable analogy when justifying the use of federal funds for abortion.

“I think it’s wrong,” Moulton said Thursday. “It disproportionately attacks women who don’t have the private means to afford an abortion.”

The Democrat was referring specifically to Biden’s pro-choice platform when it comes to abortion and simultaneous support of the Hyde Amendment.

“It’s sort of like saying, you know, I support the troops but don’t want to pay them. That’s the anology here and I think it’s wrong.”

Really! He actually said that. Killing babies is the same as paying the people who put their lives on the line to protect us all—including babies.

This is coming from Seth Moulton, a former Marine Corps officer who was awarded the Bronze Star medal for valor while serving in Iraq.

Moulton would later praise Biden for his blatant flip-flop on the issue but still managed to take a shot at the former vice president’s support for the Iraq War.

Bravo to @JoeBiden for doing the right thing and reversing his longstanding support for the Hyde Amendment. It takes courage to admit when you're wrong, especially when those decisions affect millions of people.

Now do the Iraq War.

“He’s authentic. Voters know who Joe Biden is. He is someone that has these deeply personal held beliefs … but he’s also somebody that believes in listening,” she insisted.

Is he authentic now, or was he authentic for the forty plus years prior in which he supported the Hyde Amendment? Which Joe are we getting here?

Moulton seems to be doing his best to throw out red meat for the Democrat party’s radical base in an attempt to stand out in the crowded presidential field.

Aside from coming up with the crazy analogy that paying our fighting men and women is just like funding abortion, Moulton has recently claimed Americans are all racist, and the election of Donald Trump was like the election of Hitler in the 1930s. Clearly, there is something wrong with that guy