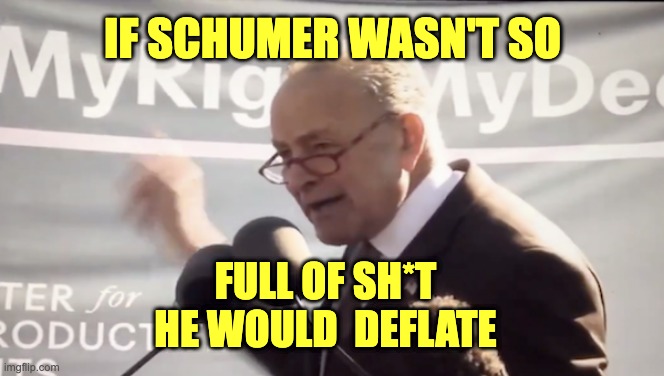 Landmark Legal Foundation is reissuing its call for Chuck Schumer’s taunt on the steps of the Supreme Court to be treated as a serious ethics violation. They are right to do so… here’s why.

In March of 2020, Landmark Legal Foundation issued a formal request for the Senate Ethics Committee to investigate the public statements of Chuck Schumer, which, in their estimation, may have violated criminal statutes.

You remember what he said from the steps of the Supreme Court, don’t you, with his voice raised and his clenched fist held high? 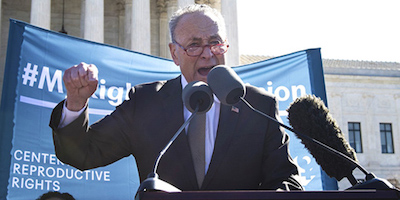 “I want to tell you, Gorsuch, I want to tell you Kavanaugh — you have released the whirlwind, and you will pay the price. You won’t know what hit you if you go forward with these awful decisions.”Now an attempt has been made on the life of one Supreme Court Justice. Other Republican appointees are being actively (and feloniously!) harassed in their private homes House because left-wing agitators published their private addresses… and neither elected Democrats nor the DOJ has taken an issue with those lawless protests.

Making matters worse, House Democrats are holding up legislation that would protect the judiciary. In light of this, Landmark is reissuing that call for an ethics investigation.

Frankly, they ought to issue another one for the fact that Schumer and his staffer had advanced FBI warning about January 6 violence but took no action to share that information with authorities who could have acted on that to boost Capitol Security.

BI intelligence warning that January 6 protesters might violently storm the Capitol, target lawmakers, and blockade Democrats in tunnels were never sent to frontline police commanders and officers. Still, it was quietly emailed the night before to a top aide to Senate Majority Leader Chuck Schumer, according to documents that raise new concern that politics trumped security preparedness in the fateful hours before the riot.

“The report explains it was Capitol Police Deputy Chief Sean Gallagher who told Schumer aide Kelly Fado at about 9:40 p.m. on that January 5 that he wanted to “provide you visibility” on intelligence obtained by an FBI threat analysis center.”

Internal memos show Capitol Police on the eve of the riot received two separate warnings from the FBI, the one about the targeting of tunnels and another in the form of an intelligence bulletin from the bureau’s Norfolk, Va., office warning that protesters were planning bloodshed, invading the Capitol and targeting members of Congress. Neither were distilled to the frontline commanders responsible for security, multiple investigations have found.

“They weren’t prepared for what happened because the intelligence never reached the rank-and-file members of the Capitol Police Department,” Banks told Just the News on Thursday. “They weren’t equipped for what would happen. They had faulty and outdated equipment, expired shields. Some of our Capitol Police officers didn’t even have helmets on Jan. 6, and then they weren’t trained for what happened on January 6, even despite of all of the BLM riots in the summer of 2020.”

Don’t expect the above to be covered by the Democrat’s ongoing January 6. kangaroo court.

In the past few years, Democrats, as a rule, seem to be far more interested in scoring a political advantage than in making the right call in individual situations like that.

Now that they fear losing ground on the abortion issue and no longer have confidence, the Supreme Court will rubber stamp pet leftist policies that did not have legislative support — like they did for decades — Dems have become openly hostile to the Supreme Court itself.

We remind them that they are trying to disrupt and refashion a co-equal branch of government instituted for the explicit purpose of taking political pressure (including theirs!) out of the equation in critical legal decisions.

We’ve already heard people weighing in on the ‘or else’ language in Schumer’s implicit threat (by name) to 2 Trump-appointed Justices. We’ve heard much about ‘pay the price’ and ‘won’t know what hit you.’