"Don't Be Schtupid Be A Shmarty, Come And Join The Commie Party." 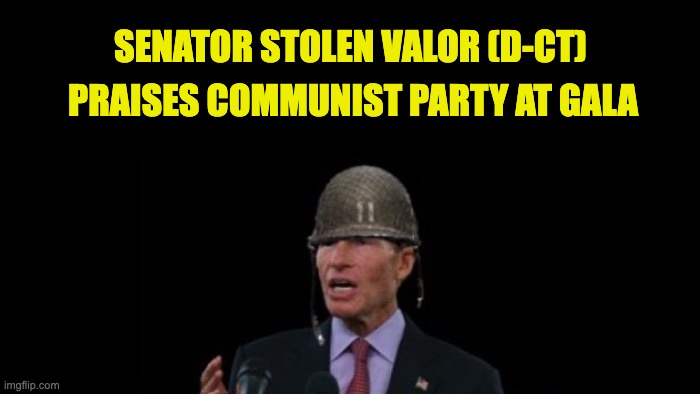 Saturday was the 102 Anniversary of the founding of the Communist Party USA. To celebrate, the Connecticut Communist Party held a gala awards ceremony to present its annual Amistad Awards. The guests didn’t know in advance—there was a special unannounced speaker. The chairman (and only member) of the Senate’s stolen valor committee Sen. Richard Blumenthal (D-CT). Blumenthal was there to “offer his congratulations and present the award winners with certificates of special recognition from the United States Senate. “I am really excited and honored to be with you today and share in this remarkable occasion,” Senator stolen valor

The goals of the Communist Party USA are no different than the communists in other countries across the world–get rid of capitalism and have the new communist government run the economy.

Blumenthal said one doesn’t have to agree with everything the party or the unions stand for and said he was there to acknowledge “the great tradition of activism and standing up for individual workers that are represented by the three honorees.”

Blumenthal also used his time to pitch support for the Build Back Better plan, voting legislation, a national $15 minimum wage, ending the filibuster and re-electing Democrats to Congress.

“There’s a lot to be working for in economic justice, in racial equity, in establishing a $15 minimum wage,” Blumenthal said, “and holding corporations accountable for the basic treatment of the American people. We need to look at our entire tax system, beginning with Build Back Better.”

Now the Communist Party USA celebrated by the Senator doesn’t hate everything. They like the country we defeated in the cold war, “The socialist countries once formed the core of the world anti-imperialist front. With the demise of the Soviet Union, there is no longer a consistent international alliance of the forces for peace and progress against the forces for war and reaction regarding international and social issues.”

Peace and progress? Do they mean the fact that during the 20th century, Communist and Socialists-led governments killed an estimated 94,360,000 of their own citizens?  These estimates were made almost 25 years ago, in 1997. Imagine how some of the socialist and communist regimes have added to their total since. And those estimates are too conservative) And let’s not forget the full name of Hitler’s Nazi party was; Nationalsozialistische Deutsche Arbeiterpartei (National-Socialist German Workers’ Party). If you don’t believe they were socialists, ask him. 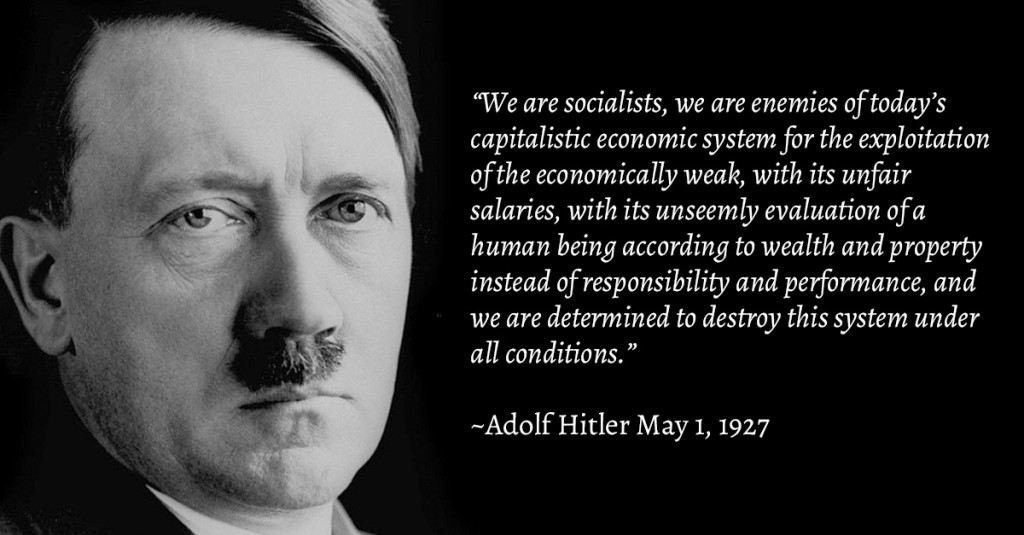 As soon as Blumenthal’s little talk was finished, Lisa Bergmann, a Communist Party member who blamed corporations for the “imperialism that exists in our world that is undermining the labor and environment,” and her fellow communist emcee, Ben McManus, urged people to join the Communist Party.  I wonder if they paraphrased the line Mel Brooks’ wrote for The Producers. Something like, “Don’t Be Schtupid Be A Shmarty, Come And Join The Commie Party.”

Look, I am not suggesting that we should replicate the 1950’s anti-communist movement led by Senator McCarthy that ruined people’s lives. This is America. The Bill of Rights says we can’t do that.

It just seems to me that a Senator from any state, but especially Connecticut, which is loaded with so many corporate offices, would speak at a Communist gala. They want to destroy Capitalism and American freedom even worse than the Democratic Party is trying to do now.

Throughout his career,  Blumenthal talked about being in combat fighting the Communists in Vietnam.  OH WAIT! Never mind. When he first ran for  U.S, Senator and the truth was exposed he was forced to finally say he was lying all those years. That’s how he earned the chairmanship of the Senate Stolen Valor Committee.