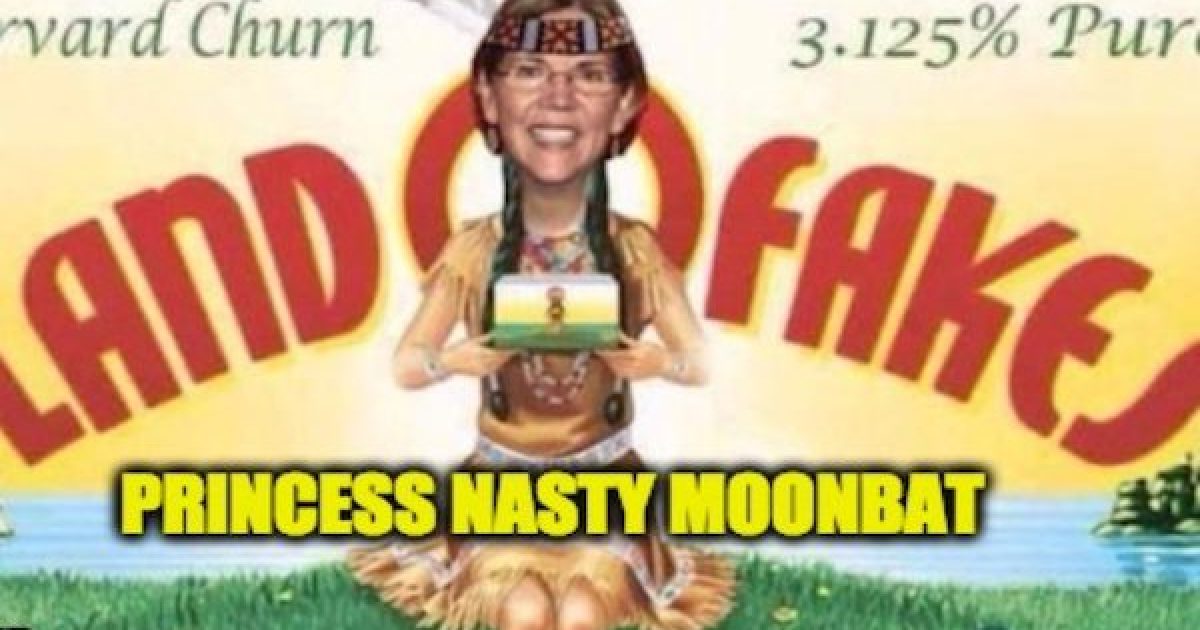 Democratic Senator Elizabeth Warren, infamously known as Pocahontas due to her false claims of being a Native American, is out shaking her bucket rocks again. This time she is claiming that liberals will lead the Democratic Party back from the wilderness.

Does this means she admits that they are an extremely lost party?

She declared that “progressive liberals” can bring the party back up to par, and also claims that they control its direction. She says this as a possible 2020 presidential candidate. All I have to say is that she should definitely run. It will be almost as satisfying to watch her lose as it was to watch Hillary!

Warren said, “If we’re going to be the people who lead the Democratic Party back from the wilderness and lead our country out of this dark time, then we can’t waste energy arguing about whose issue matters more or who in our alliance should be voted off the island.”

“The Democratic Party isn’t going back to the days of welfare reform and the crime bill,” Warren added, “It is not going to happen.”

While Warren did not explicitly name former President Bill Clinton, she went after the measures passed in his administration that the left wing of the party largely despises, reassuring the crowd not to fear a shift back toward the middle, as Clinton had done in the 1990s.

Warren supported and stumped for Hillary Clinton as the Democratic nominee in the 2016 presidential campaign. However, she was one of the last Senate Democrats to announce their endorsement during the bruising primary process — she waited until June.

Warren’s speech at the conference, which is viewed as a testing ground for prospective presidential candidates, further fuels buzz that Warren plans to run for president in 2020.

Warren in the middle? HA HA HA. People who believe that are a special kind of crazy.

Good luck, Warren! I am sure your imaginary Native American ancestors are cheering you on in your head since that’s the only place they exist!