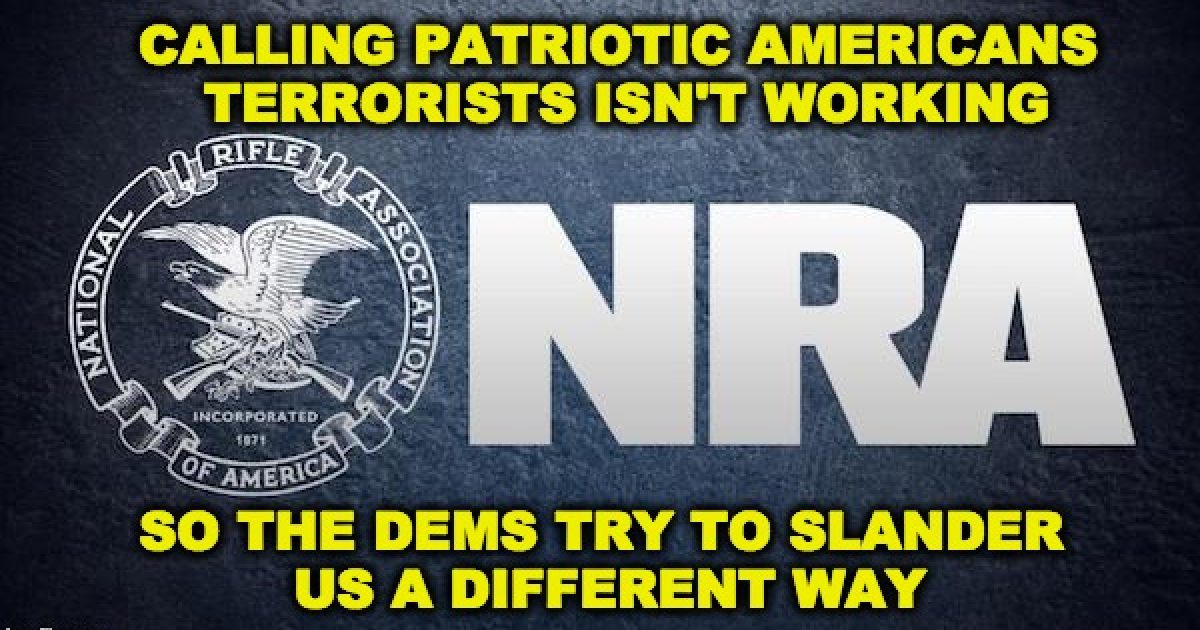 Stranger bedfellows! On Wednesday, Democrats on the Senate Judiciary Committee released a report in which they claimed that Russia used the National Rifle Association (NRA) to aid President Trump‘s 2016 campaign.

“The Committee has obtained a number of documents that suggest the Kremlin used the National Rifle Association as a means of accessing and assisting Mr. Trump and his campaign,” the document reads.

The Democrats identified two figures of particular interest: Maria Butina, a Russian national living in the U.S., and Alexander Torshin, the deputy governor of the Central Bank of Russia. The Democrats noted that Butina, who worked as an assistant to Torshin, has refused to cooperate as a witness.

The document says that Butina and Torshin, an ally of Russian President Vladimir Putin, were key parts of the Kremlin’s effort to use the NRA to aid Trump.

“[Butina and Torshin] repeatedly offered the campaign back channels to Russia and relayed requests from President Putin to meet with Mr. Trump,” the committee said.

Both Butina and Torshin have ties to former NRA President David Keene and hosted him for a pro-gun conference in Russia. Butina founded Right to Bear Arms, the Russian equivalent of the NRA, and also started a business with former Trump adviser Paul Erickson.

The Hill further states that the Federal Election Commission (FEC) is reportedly investigating allegations that the NRA accepted illegal contributions from Russians in the 2016 campaign. The pro-Second Amendment group and its lobbying arm spent $30 million in support of the Trump’s campaign.

Democrats say Erickson and Keene have refused to cooperate with their witch hunt.

This conspiracy theory has been circulating for a while, and liberals have used it to bash their two biggest bogeymen — the NRA and Donald Trump. In April, the Federalist noted that the NRA answered allegations brought by Democrat Senator Ron Wyden:

This document (also known as a “letter”) prompted headlines that ranged from “The NRA received donations from Russian nationals” to “NRA discloses additional contributions from Russian donors.” All of which probably sounded pretty damning to anyone who didn’t read past a headline. Those who did, on the other hand, would soon learn that Russian “nationals” meant 23 “Russian-linked” individuals — some of them Americans citizens living in Russia — who had contributed around $2,300 total, mostly in membership dues, over three years’ time. Approximately $525 of that sum came from “two individuals who made contributions to the NRA.”

NPR has likely spent far more than $2,300 tracking the story.

It is true that an NRA spokesperson, asked about Torshin, initially claimed that he knew of only one Russian who had contributed to the organization. As it turns out, there were a couple dozen, out of millions of members and donations over the past three years. The NRA does itself no favors answering politically motivated questions in the first place. Because Wyden, who apparently subscribes to The New York Times’ notion that defending your rights just makes you seem guilty, told ABC News that he is now considering ‘additional oversight actions.’ Why? One imagines, because the NRA didn’t come back with an answer that implicated itself in shady behavior. Which is how an open-ended smear works.

It’s interesting to note that much of the so-called “mainstream media” and far-left outlets are reporting this as though the entire committee released the report. This is not true. The Daily Beast, for example, reported that “the Senate Judiciary Committee said Wednesday that the Russian government apparently used the National Rifle Association to help Donald Trump’s presidential campaign in 2016,” conveniently omitting the fact that it was the Democratic members of the committee was responsible for the report.