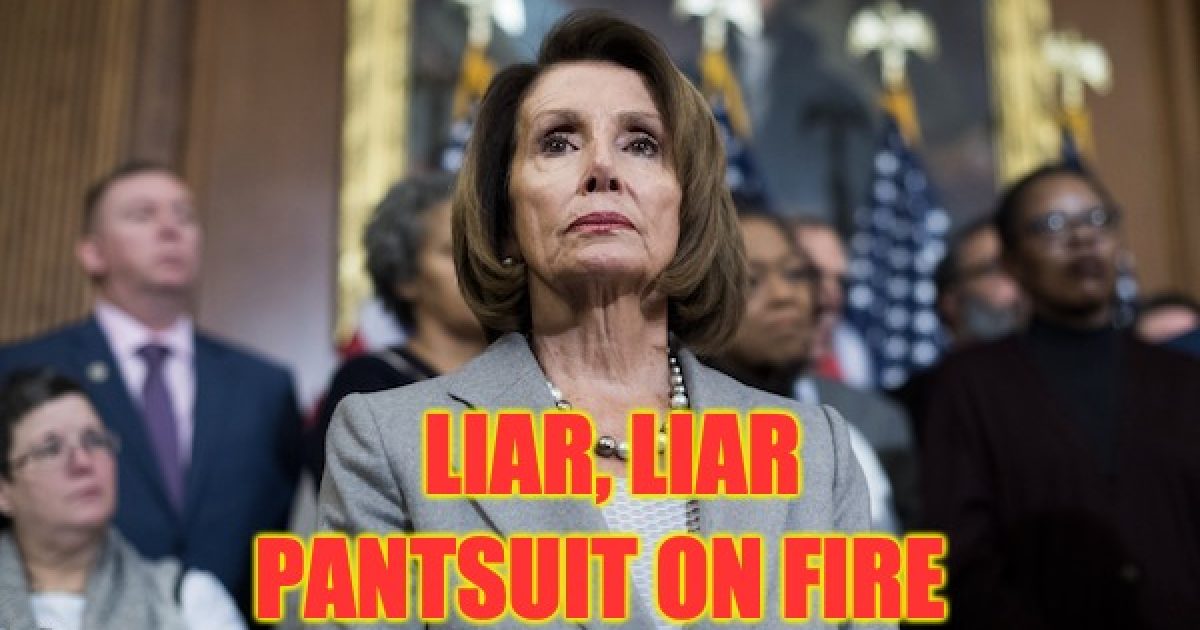 On Wednesday Nancy Pelosi the Speaker of the House who cares about politics more than the country sent a letter to the White House urging the president to re-schedule or cancel the coming State Of The Union address. Pelosi said the reason for the move was the Secret Service won’t be able to protect the president during the partial government shutdown. But the Secret Service called bull crap on Pelosi’s claim, not only are they ready to defend the President during the SOTU, but no Democrat asked them before Nancy Pelosi sent her letter.

Today, I wrote to @realDonaldTrump recommending that we delay the State of the Union until after government re-opens, as the @SecretService, the lead federal agency for #SOTU security, faces its 26th day without funding. https://t.co/K2oL8WGvqo pic.twitter.com/g3fIlxDbbK

What Pelosi is really saying is she has no intention of negotiating an end to the shutdown between now and 13 days from now when the State of The Union is scheduled.

Homeland Security told the press that Pelosi wasn’t truthful, the Secret Service is ready to protect the president now and during a SOTU thirteen days from now.

But one senior Homeland Security official told Fox News that they have been preparing for months for the State of the Union event.

“We are ready,” the official said. “Despite the fact members of the Secret Service are not being paid, the protective mission has not changed.”

The official added: “it is a ‘no fail’ mission.”

The official also noted that no one from Democratic congressional leadership reached out to the Secret Service to ask if the agency was able to secure the State of the Union address.

Another senior DHS official told Fox News that “there are no security concerns with the State of the Union.”

No one asked! It’s just another Nancy Pelosi lie.

Even NBC News admitted that the Speaker of the House was full of cow turds:

Director of Homeland Security Kirstjen Nielsen made it official, she tweeted that the Secret Service and DHS were ready to protect the POTUS during the SOTU.

The Department of Homeland Security and the US Secret Service are fully prepared to support and secure the State of the Union. We thank the Service for their mission focus and dedication and for all they do each day to secure our homeland.

It is no surprise that Republican House leadership rightfully accused Pelosi of being political:

“It is unbecoming of a speaker to do this,” House Minority Leader Kevin McCarthy, R-Calif., said Wednesday.

“For Nancy Pelosi to withdraw the offer shows insecurity on their part and that they can’t defend their open borders policy,” Scalise told reporters on Capitol Hill Wednesday. “The country deserves to hear from the president. … to think the speaker would lock the doors and prevent people from hearing from the president of the United States.”

Nancy Pelosi doesn’t want the president to have time for the President to speak directly to the American people uninterrupted, with the State of the Union Address.  She’s using it as a political pawn, just as she is using the security of American citizens as a pawn by shutting down the government instead of allocating any money for the wall.