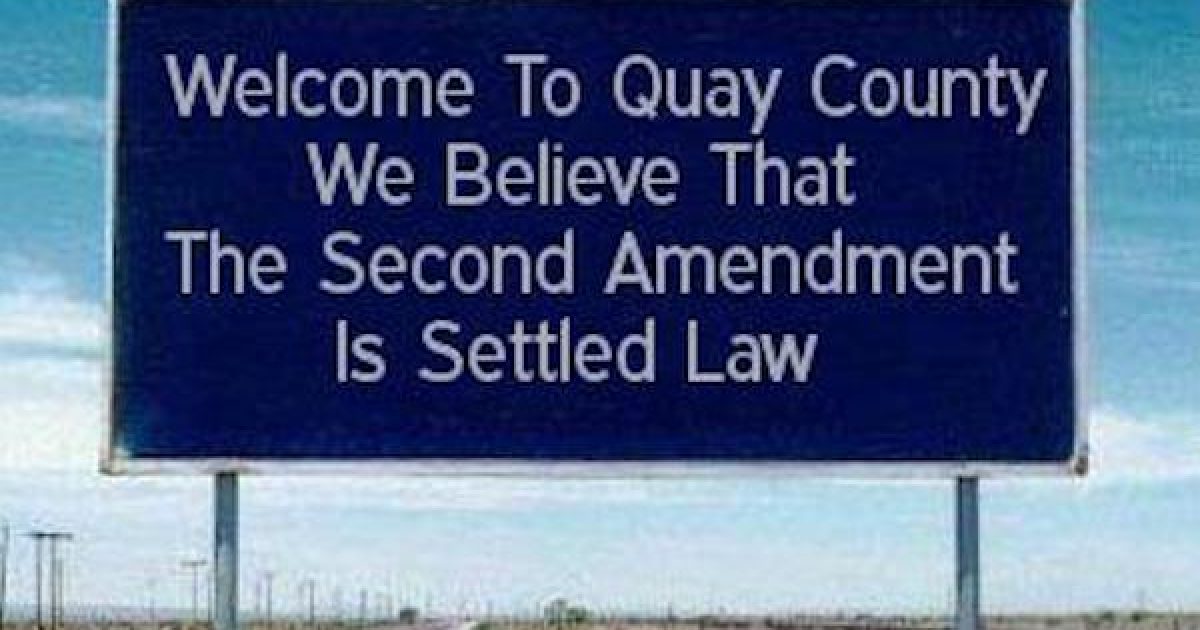 A New Mexico county has declared itself a “Second Amendment Sanctuary” to protest against the left-wing state government’s attack on gun rights. According to the officials of Quay County, New Mexico, state legislators in Santa Fe are floating several extreme gun laws that will be a burden on legal gun owners but will do little to stop crime.

The bills being considered represent a dangerous attack on Second Amendment Rights and are opposed by twenty-nine out of the thirty-three county sheriffs in New Mexico. And they can’t be blamed:

As state legislators debated the bills, officials in Quay County passed a resolution of their own to denounce the proposed laws.

“We see counties starting to fight back against the over-reach of House Democrats,” state Rep. Rod Montoya (R-Farmington) said. “New Mexicans who are not even accused of a crime can lose their 2nd Amendment rights under this bill, and that’s beyond wrong.”

Naturally, the National Rifle Association also came out against the Democrats’ assault on the Second Amendment.

“Unchallenged statements made by a petitioner before a judge, alleging that someone is a danger to themselves or others in an ex parte proceeding — prior to any formal court hearing at which the respondent can be represented by counsel and present counter evidence — would be sufficient for law enforcement to enter that person’s home and confiscate their private property,” the NRA said.

New Mexico is not the first state where county officials rose to fight against the anti-Second Amendment actions of a state government.