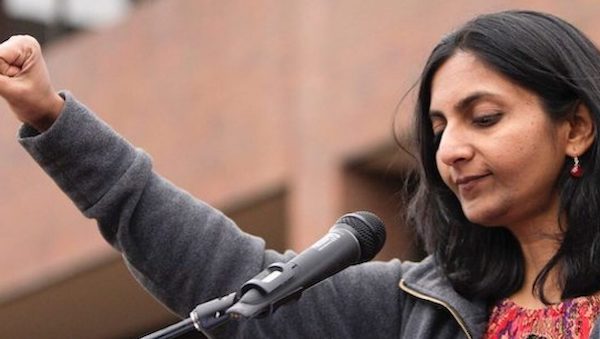 In his 16-page ruling, Judge Jim Rogers reportedly found four of the original six complaints against Sawant “did rise to the level of malfeasance,” according to KOMO News, the local ABC affiliate.

The four complaints allowed by Judge Rogers were:

Sawant was re-elected last year, which critics said legitimized her far-left political bent. During ongoing protests over the summer, she intimated a leadership role by repeatedly talking about “our movement” in statements appearing on social media.

There is no small irony in the fact that the recall effort against Mayor Jenny Durkan, which Sawant supports, is also moving forward.

In his ruling, the judge said the petitioner, Capitol Hill resident Ernie Lou, “had shown that actual knowledge of facts indicating that the Councilmember intended to commit an unlawful act.”

The full ruling may be read here.

Lou, a self-described liberal, told KOMO about the current city council, “They were elected and voted in, but I really feel like the current makeup of the City Council does not represent the true values of the city of Seattle.”