Seattle Proposal Allows Criminals to Use Addiction, Poverty as Defense 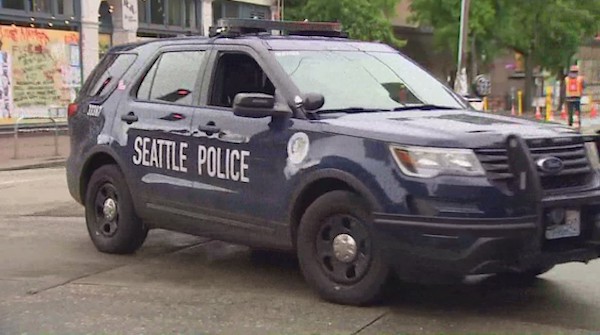 A Seattle proposal for an ordinance is unprecedented for its legal loophole that allows anyone accused of a crime to use poverty and drug addiction, and even all mental illness as a legal defense. Before you have a bleeding heart response, think about the fact that it removes every bit of personal responsibility from the perpetrators of crimes. It makes nearly every misdemeanor crime eligible for dismissal. Seattle criminals

Mental illness is not usually an excuse unless the person can convince a jury at the time they committed the crime their illness prevented them from understanding the difference between right and wrong.

The only misdemeanors that do not qualify for the excuse of poverty or addiction are Domestic Violence and DUI. The ordinance does not require a medical diagnosis for the mental illness section. “Imminent basic need” is used to excuse theft. Though Seattle already dismisses a high number of misdemeanor cases,  this proposal would codify it into law.

The Seattle City Council is considering new legislation that would create a legal loophole that would make substance addiction, mental illness or poverty a valid legal defense for nearly all misdemeanor crimes committed in the city.

The council’s consideration of the plan has occurred with virtually no public discussion about the proposal, which has been included in the municipal budgeting process. The council has not, so far, conducted a standalone meeting to discuss the idea.

Scott Lindsay, the former public safety advisor for the city, said Seattle would be in a class of its own if it ultimately enacted the ordinance.

“I’m not aware of any legislation like this anywhere in the United States (or) even globally,” he said Monday. “All cities have criminal codes to protect their citizens from criminal acts. This would essentially create a legal loophole that swallows all those codes and creates a green light for crime.”

Councilwoman and Public Safety Chair Lisa Herbold slipped the proposal three hours into their budget meeting without public discussion. If the Chair of the Budget committee, Councilwoman Theresa Mosqueda, adds it to the budget, the full council will take it up. If she doesn’t, it only takes five council members to add it anyway.

Under the proposal criminals will get off if they show:

Not everyone is happy about the proposal, and some feel that it was a deliberate attempt to pass it without public input.

“If you don’t feel very protected right now, this would wipe out almost all remaining protections that we have. This is a back door to get this legislation into the budget process [and] not through the normal democratic processes with transparency, dialogue, [or] public discussion,

This would absolutely open the floodgates for crime in Seattle, even worse than what we often currently struggle with. It’s basically a blank check for anybody committing theft, assault, harassment [and] trespass to continue without disruption from our criminal justice system.” Scott Lindsay

With the political leanings of the Seattle Council already hovering on the radical side of the needle, this proposal could become a reality for the largest city in the state of Washington. If people feel they can get away with something, they will do it.

Most of this post was first seen at Conservative Firing Lind