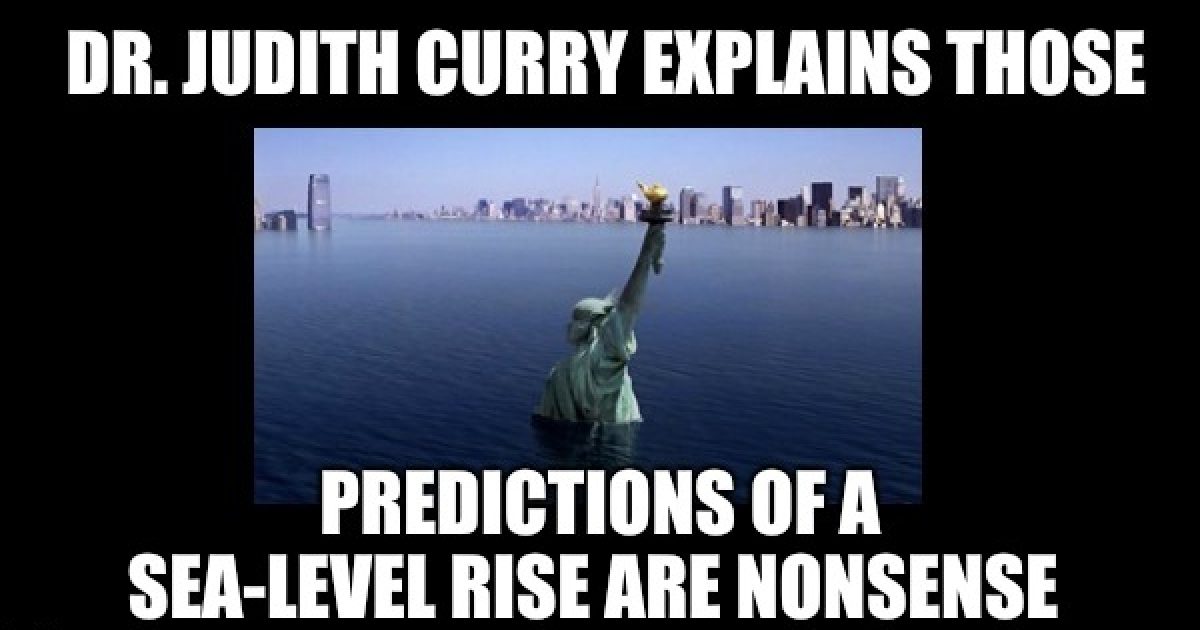 Good News! We’re not going to drown. At least not from the sea level rising. That’s what the scare tactics of those pushing the climate change hypothesis keep telling us. Writing on her website, Dr. Judith Curry hit the BS button on the sea level rise claims pushed by the scaremongers.

The available evidence shows the following:

She adds that any sea level rises we’ve seen have had nothing to do with mankind,

She reminds us to remember that the real reason for predicting the sea level rises is “providing support for the hypothesis of human-caused climate change.”  So when they come up with computer models, suggests Dr. Curry, they ignore the natural sea level variations. Or to put it another way, they are saying it’s raining without looking out the window.

In many of the most vulnerable coastal locations, the dominant causes of local sea level rise are natural oceanic and geologic processes and land use practices. Land use and engineering in the major coastal cities have brought on many of the worst problems, notably landfilling in coastal wetland areas and groundwater extraction.

Even if a miracle happens and for the first time the climate models are accurate, Dr. Curry demonstrates that the predicted sea level rise won’t happen:

The following ranges of 21st century sea level rise predictions are classified in terms of strength of the knowledge base, contingent on the climate model temperature projections being correct:

Putting it all together, Dr. Curry is telling us there is no need for an emergency trip to the sporting goods store to purchase SCUBA equipment and lessons.