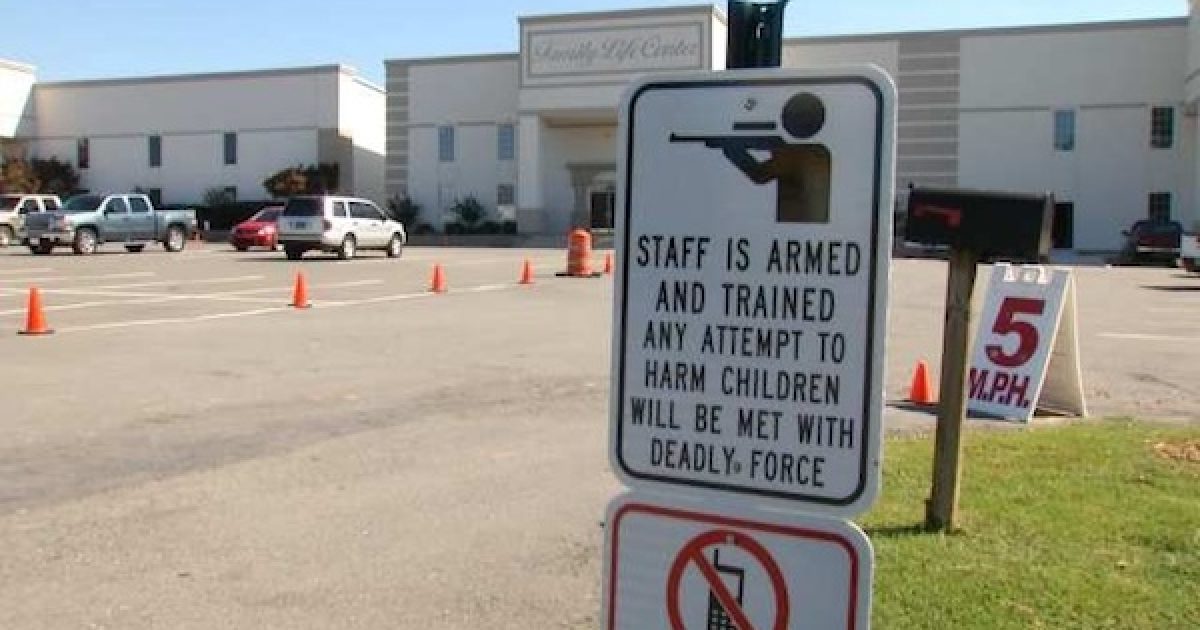 Among the many recommendations that have resurfaced in the days since the last week’s tragic shooting at a school in south Florida has been the idea of having armed guards at schools. Since many schools in the nation now have metal detectors at the entrance, the sight of an armed guard would be less jarring than it would have been in the era before schools saw the necessity of heightened security.

Israel has taken the proposal a step further, providing weapons training to teachers and instituting frequent active shooter drills. Since 1974, the nation has witnessed only two school shootings, and both ended with teachers killing the gunmen.

And then there’s California. In response to a recent decision by five school districts to allow teachers and staff with concealed carry permits to be armed on campus to defend themselves and their students, the state passed a law that guarantees teachers cannot shoot back if they or their students come under attack at school.

AWR Hawkins of Breitbart News notes that Democratic Assemblyman Kevin McCarty, who introduced the bill, defended it on the grounds that “a safe learning environment is essential for our children to be successful in the classroom,” adding, “that’s not possible if a school district allows armed civilians to roam California school campuses.”

It’s not possible either when a crazed gunman crashes his truck through the gates of an elementary school and begins spraying walls and classrooms with bullets. That’s what happened last November in the quiet northern California town of Rancho Tehama. Police responded to reports of gunfire, but in the ensuing battle five people were killed and ten were wounded, including one student. The other children were unharmed physically, though many no doubt carry emotional scars from the ordeal, in which they were told to take refuge under their desks.