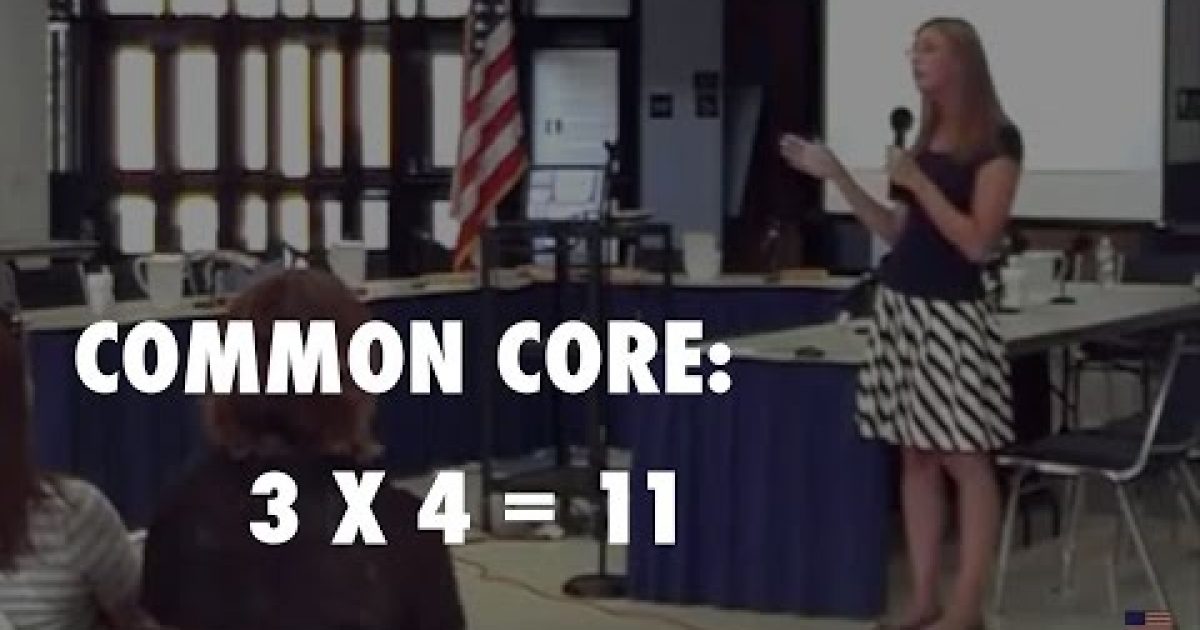 In a post about common core written last week I opined, “Common Core turns education into a “vanilla” commodity (except for the math program which turns it into a torture chamber).” So when my Liberty Alliance college wrote a piece about the an element of the common core math program, I had to share.

I guess this could be called the “new” new math. In Illinois a Common Core math instructor had some interesting things to say to a group of concerned parents and teachers about how we should be teaching math in our public schools. Don’t get mad at Common Core instructor Amanda August, she’s just relaying the information that’s being passed on to her from higher up. If anything, be angry with your representatives who have allowed the Common Core disgrace to permeate our schools for the last 5 years or so.

Ms. August was recently caught on camera explaining that under the Common Core standards students could get credit for an incorrect answer as long as they could explain their “reasoning” for the answer.

Amanda August: “But even under the new common core if even if they said 3 * 4 was 11, if they were able to explain their reasoning and explain how they came up with their answer. Really in words and oral explanation and they showed it in a picture but they just got the final answer wrong. We’re more focused on the how and the why.”

Question: “Will we be correcting them?”

Ladies and gentlemen, this is the public education system that you are paying your hard-earned dollars to support. Is it any wonder that we continue to fall further and further behind the world academic leaders? I don’t think so…